This past weekend I was visiting my sister in Dothan, AL so I didn't do much of a long run. I did run 4 miles on Saturday instead of my usual summer 6!

I started out running in my sister's neighborhood. The neighborhood has several hills that I had to run. But it's such a beautiful neighborhood in the country! 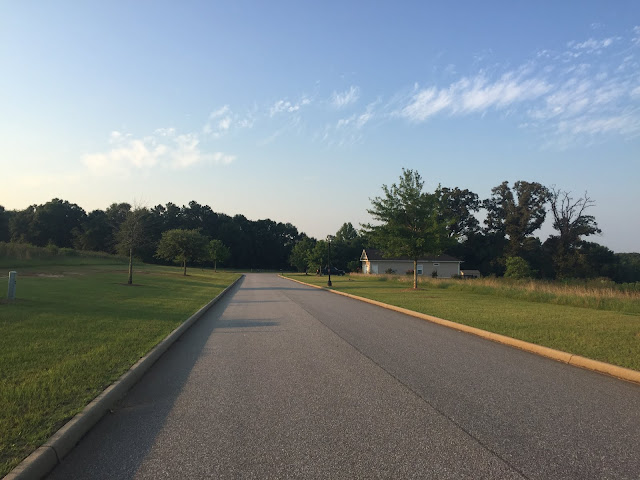 The first mile was in her neighborhood. Then I ventured out on the county road right outside the neighborhood. I had been running this road all week and there was hardly any traffic which was so nice! I took a right turn onto this road. 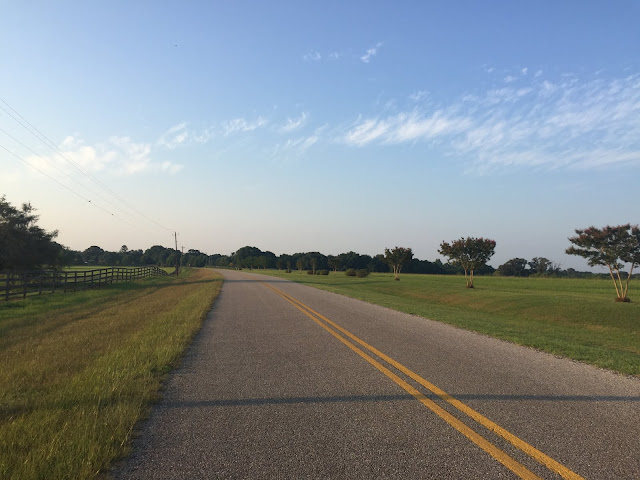 As I mentioned, I was in the country. So right across the street from my sister's neighborhood is a farm. They have cows, horses, and even a donkey! I LOVED hearing the cows mooing each day and seeing all the animals! It was also hilly and pretty!

At the end of the road you have an option to turn left or right. I turned left. It was here that I could see a HUGE San Francisco like hill! It was straight UP!!! If you look real close you can see it in the picture below (although the sun rays block most of it)! And no....I didn't run it. I was too intimidated lol! 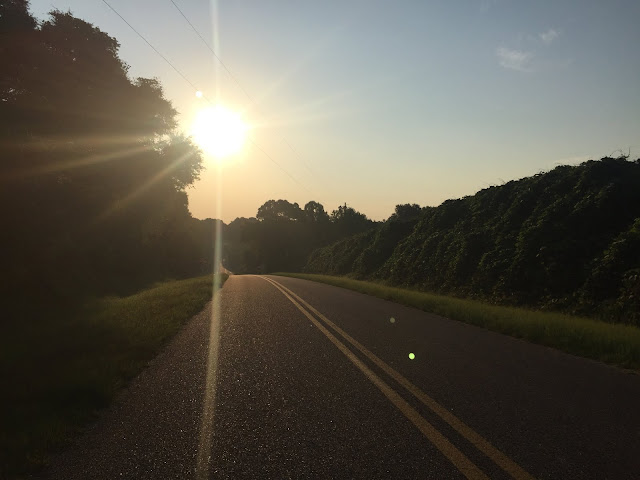 Before I reached the hill I turned around....and had to go up another hill to get back to the county road! I was breathing hard but I made it! I took a right back onto the county road, passed my sister's neighborhood, and kept going until I came to the end of the road on that side. I had to pass the farmer that was tending his horses. He said good morning to me and asked how many miles I had run so far! I was at 2.5 at that point!

When I got to the end of the county road I turned around and headed back. 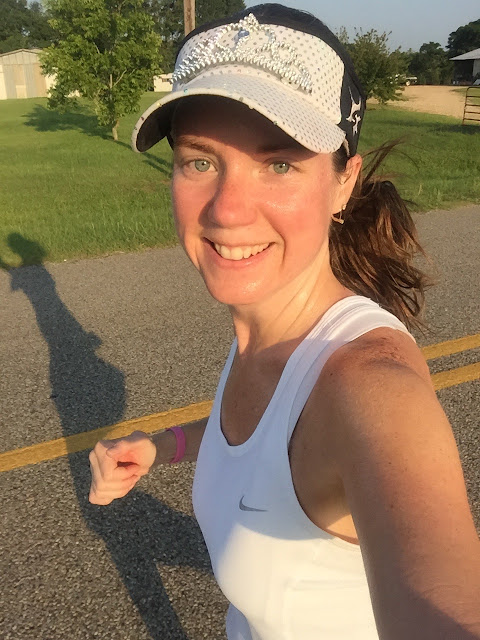 I made it to the entrance to my sister's neighborhood...and 4 miles! That was all I had in me so I stopped there! 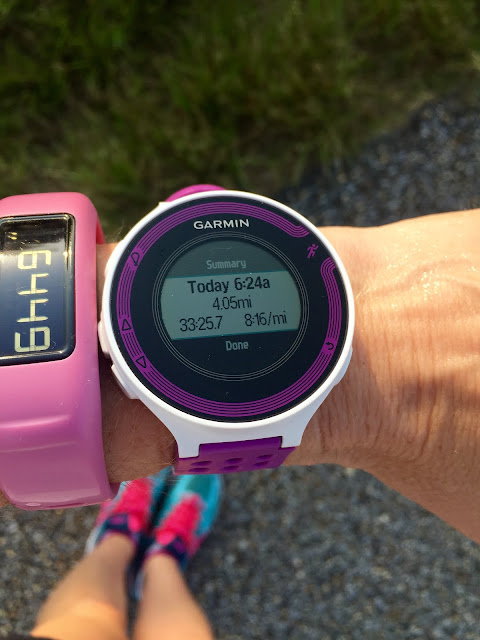 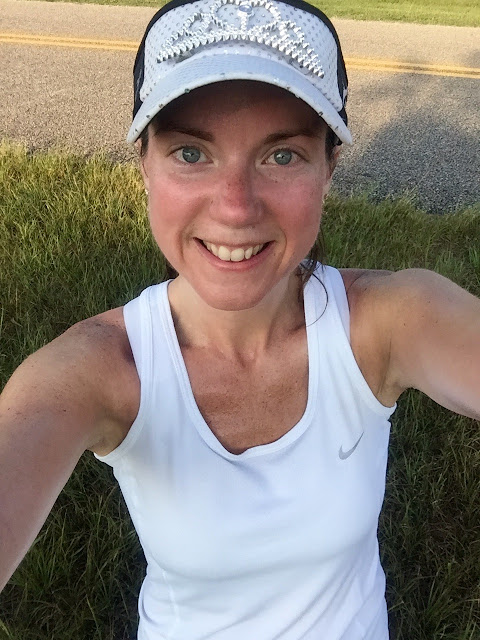 I decided to take a short walk to cool down. On my walk I headed over to say goodbye to the donkey!  I didn't feel like traipsing through the grass so I took a picture of him from the edge of the road. 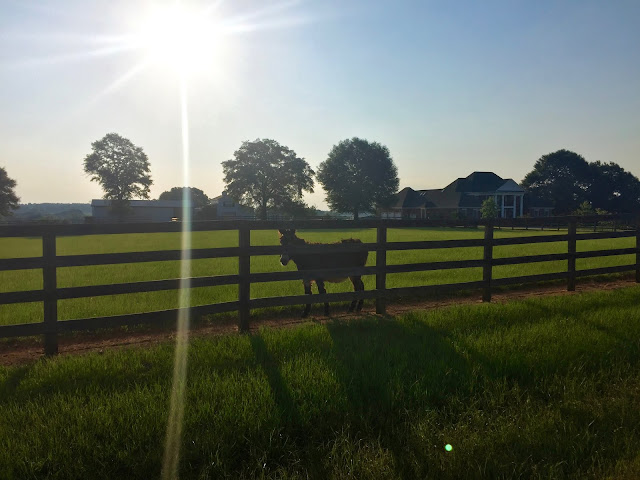 Earlier that week I had gotten a closer picture of him. He was so sweet....although I didn't touch him because he was pretty dirty looking lol! 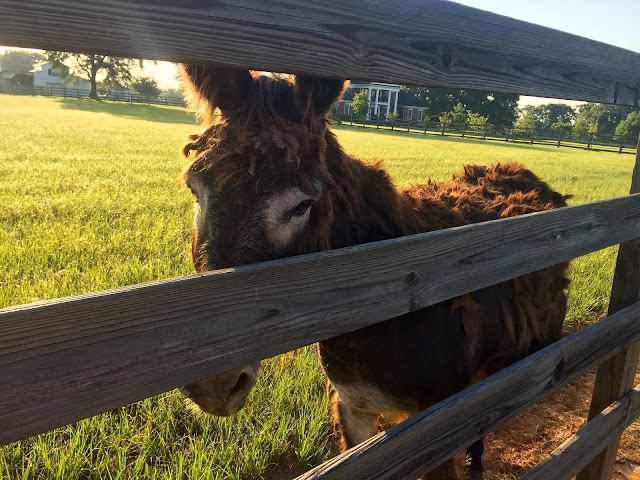 Even though it wasn't much of a long run...I had a great run Saturday morning! I LOVED running in the country all week!

QOTD: Do you encounter animals on your runs?