When I was offered the opportunity to review "Eat & Run" by Scott Jurek I jumped at the chance. I had heard great things about this book and had planned on reading it anyway but just hadn't done so yet. Scott Jurek is an ultramarathon champion and vegan athlete. I was very intrigued on how someone can run for so long, how they fuel for it, and how they train. 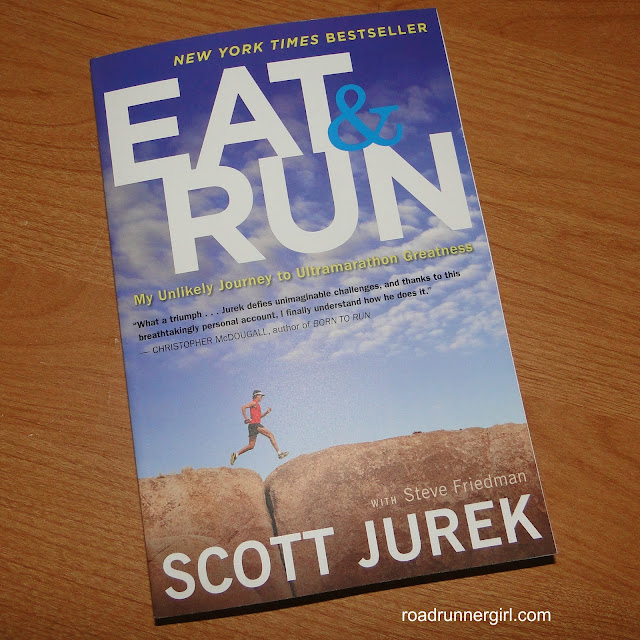 Scott's book gives you insight into his life. He starts the book at the moment in his running career when he was at his lowest. He was literally face down in Death Valley, had already run 70 miles, and didn't think he could go on. He lets you into his mind and what he was thinking and feeling at the time. He remembers why he started running. He writes about the doubt he had...which is something all of us as runners experience at some point in time at a race or training run. This part of the book really pulled me in. Someone like Scott Jurek, an ultramarathon champion, struggles just like I do (although my struggles are only for 26.2 miles...not 165 miles)!


One of my favorite quotes from the book! 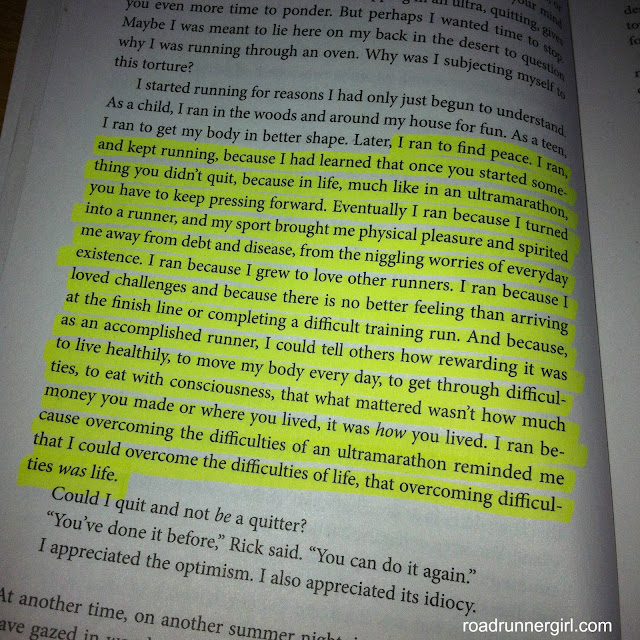 Scott ends that chapter (with you not knowing how this race turned out..did he quit or not) and starts the next chapter talking about his childhood and how he loved helping his mom cook in the kitchen. You get a look into his childhood and how his mom had MS and his relationship with his father was very detached. Running became a way for Scott to overcome these challenges in his life. His father told him all through his life, "Sometimes you just do things." This became a mantra for him and he repeated it throughout the book.

The entire book was a summary of the highs and lows throughout Scott's childhood and running career. The stories he tells makes you feel like you are having an actual conversation with him. He also goes into detail about his diet and how he ended up eating and training on a plant based diet.

And he is so inspirational! My book has so many parts that I highlighted because I loved what he said! Here are a few of my favorites! 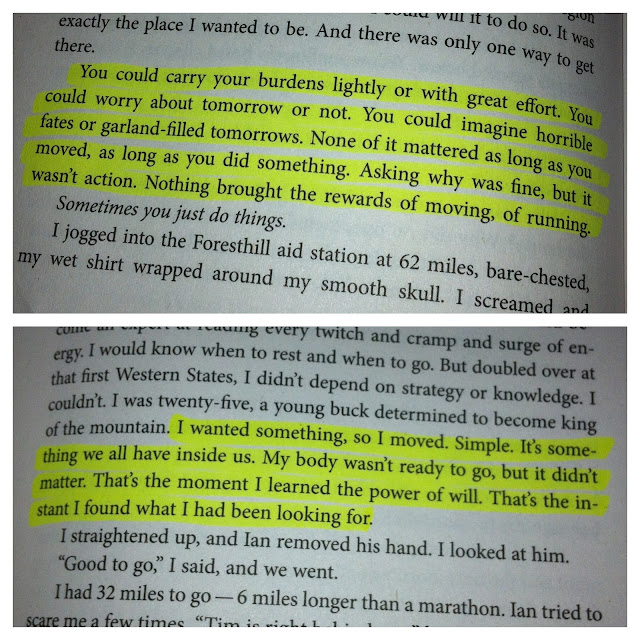 When given the opportunity to review this book, I also learned that Scott Jurek was coming to my area on his book tour! I wasn't sure if I would get to attend because that weekend I had already committed to run the Zombie Run and the Gulf Coast Half Marathon. But after reading the book I KNEW I had to meet Scott!

The tour was being held through our local running store and a local book store. The one part of the tour that I didn't make was being able to run with Scott. I just didn't make it back in town in time for this. So when I arrived at the bookstore Scott was running (and yes I was so sad I didn't get to participate).

I walked around the bookstore while I waited for Scott to arrive. They had a table full of veggies that they were juicing. I of course tried some! 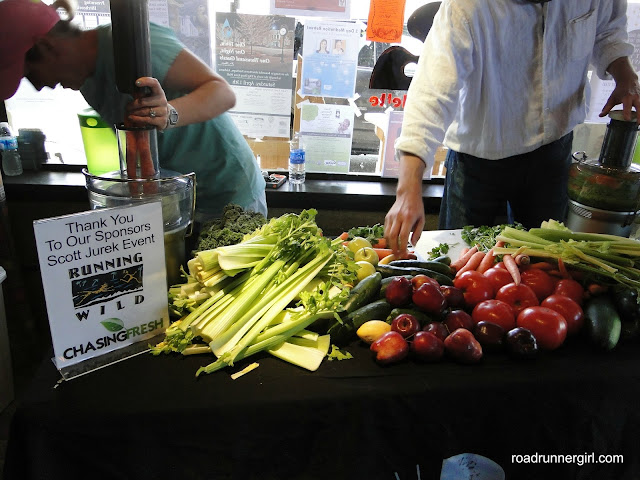 They were also handing out samples of Clif Bars! Yum! 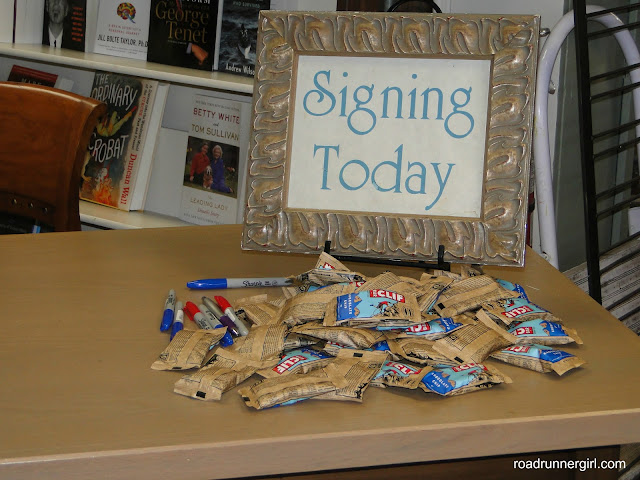 I loved seeing the big stacks of books waiting for people to buy them! 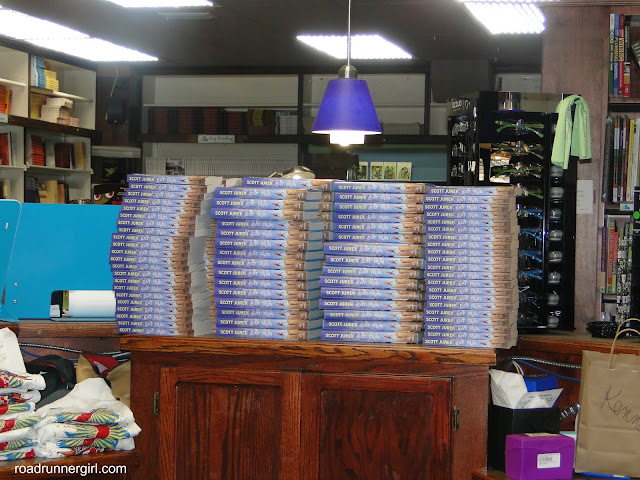 Finally Scott arrived. He talked for a little while about the book. He was a great speaker and loved interacting with the audience! 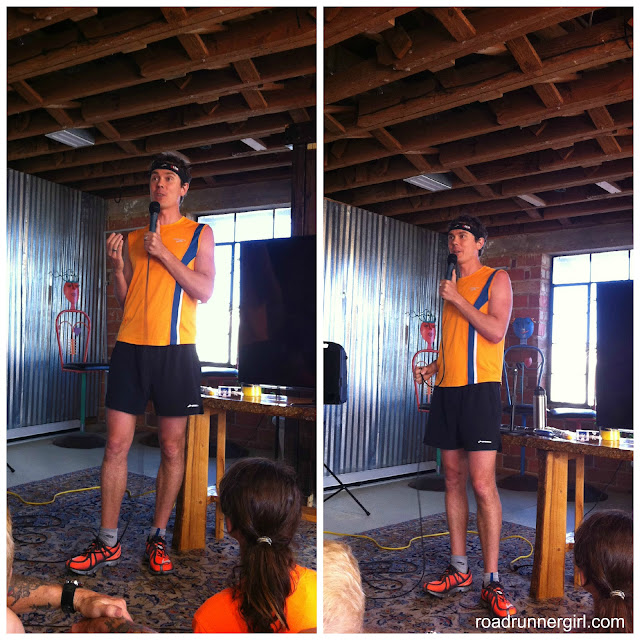 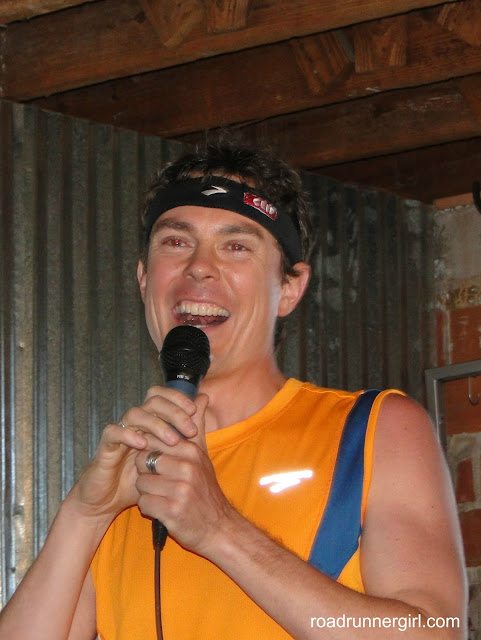 There's a part in the book where he talks about a yell he often makes at the start line of a race. He demonstrated that for us and had us do it back! You can see that in the video below!

Scott also took time for questions. And he had prizes he gave away too! You had to answer a running related trivia question to win. Yeah...I didn't win.

After he talked it was time for the book signing! We all filed out of the room and got in line! The bookstore isn't that big so the line ended up outside the building. Luckily it moved quick. 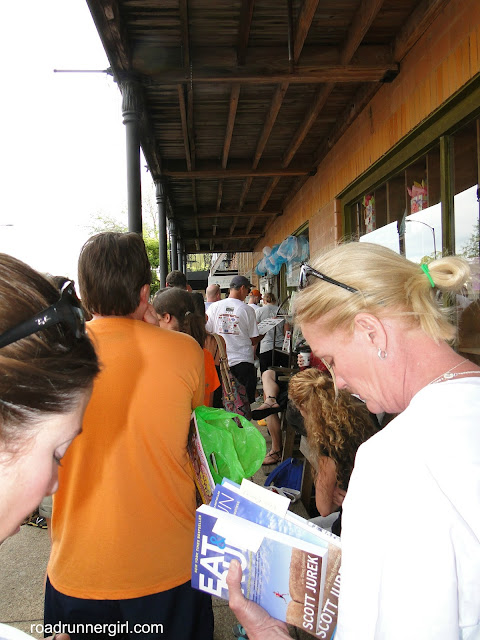 While standing in line we got to meet Scott's wife, Jenny! She was super nice. She was selling shirts but unfortunately they were out of my size. 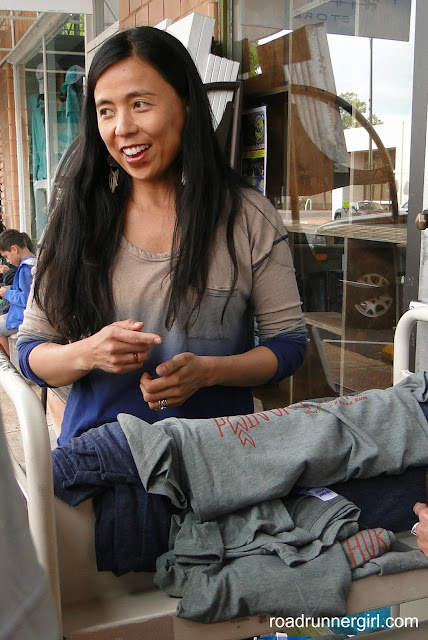 Finally I made it to the table! I was so excited to meet Scott! I felt like I knew him from his book. He was so nice and took the time to talk to me although he had a line of people waiting on him. 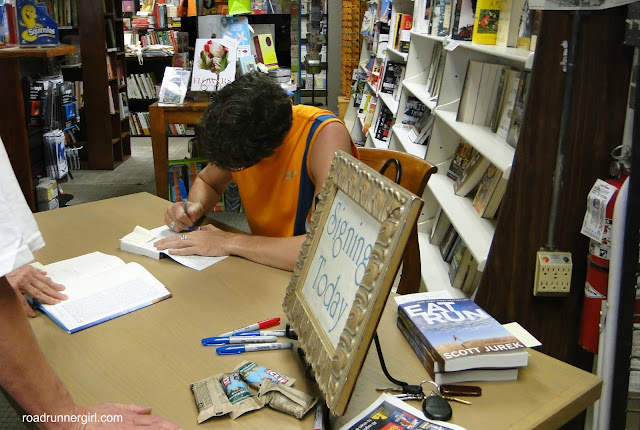 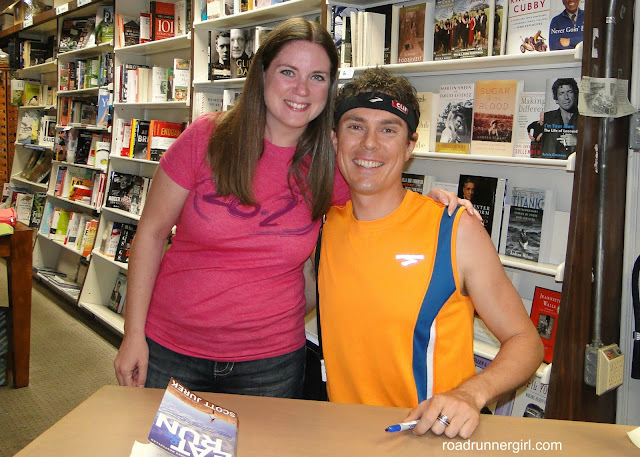 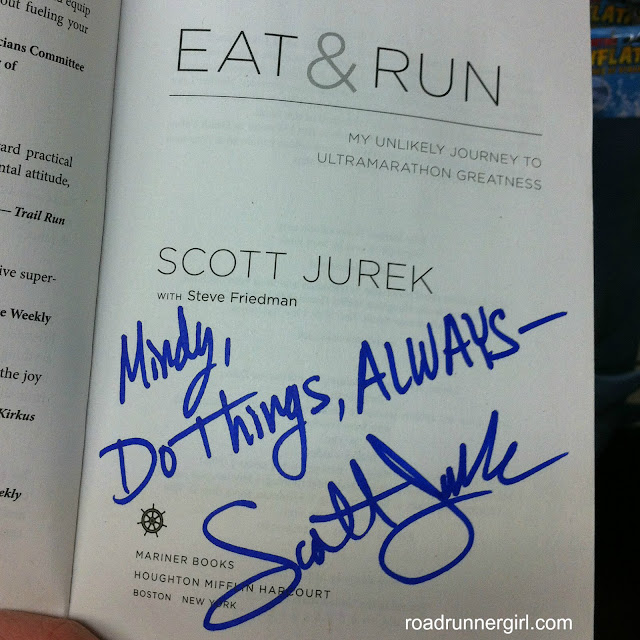 I really enjoyed meeting Scott Jurek! "Eat & Run" is definitely a book that I believe all runners should read! It will give you tons of inspiration for your own running journey!

QOTD: Have you read "Eat & Run?" Have you met any "famous" runners?

Disclaimer: I was provided a copy of Eat & Run by Scott Jurek to review for free. I received no other compensation. All opinions in the above post are mine and mine alone!