A Weekend at the Beach!

I hope you don't mind...this week I am talking a lot about my family and our fun at the beach this weekend. I will say that there was no running involved this weekend although I did take my running stuff. I had good intentions to run but just didn't want to take time away from my family. I hope you will still stay around and read while I brag on my awesome family! :-)

After attending Grandmother Bobe's funeral on Friday, we headed to the beach. All of the extended family was going to be staying out there. We were sharing a condo with Andy's parents and the boys were so excited! It was quite a drive from where the funeral was to the beach but we enjoyed the views along the way. The sunset was gorgeous! 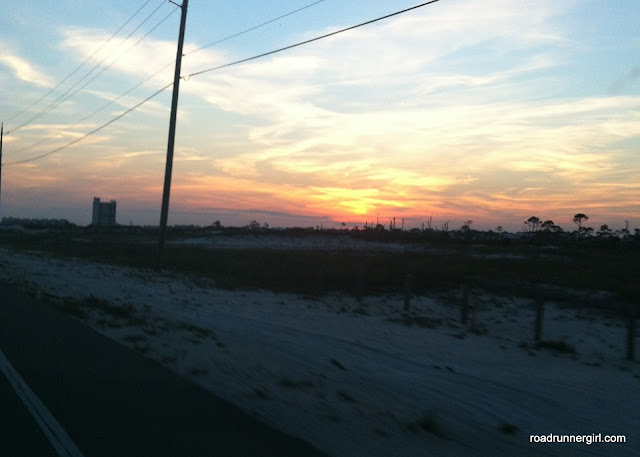 By the time we reached the condo, it was dark outside. We let the boys stay up a little while but then they were ready for bed. It had been a long day.

Saturday morning I woke up to the following views from the balcony! Paradise! 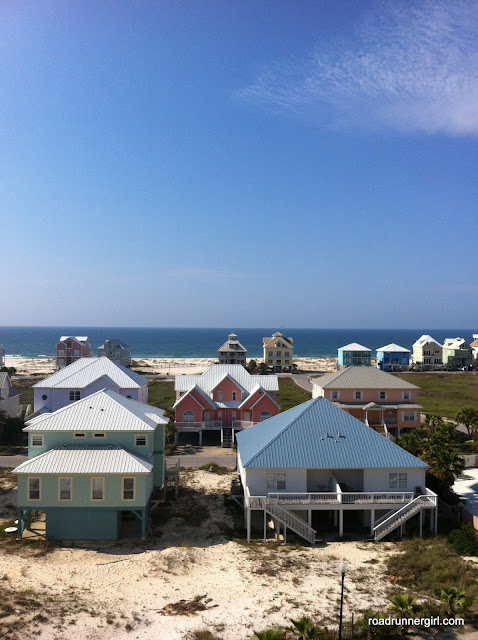 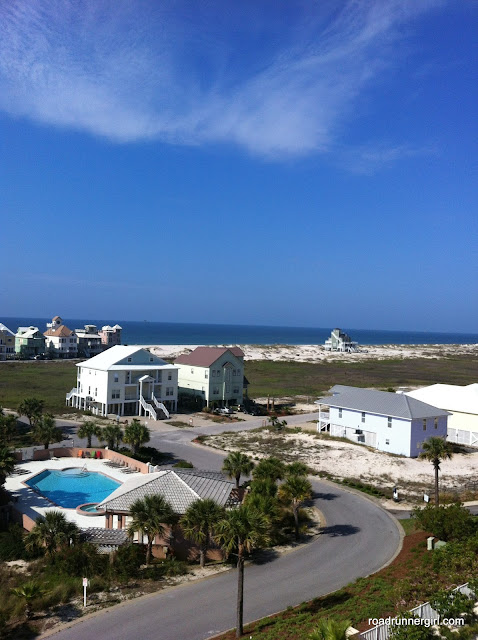 We asked the boys what they wanted to do that day. They definitely wanted to swim but they also wanted to visit the Fort. You may remember that we visited Fort Morgan back in February. It was super cold that day. But this weekend we were blessed with the perfect spring weather! Andy's parents had never been to the Fort and the boys were so excited to show it to them!


Me and my mother-in-law! I'm so blessed to have such a great relationship with her! 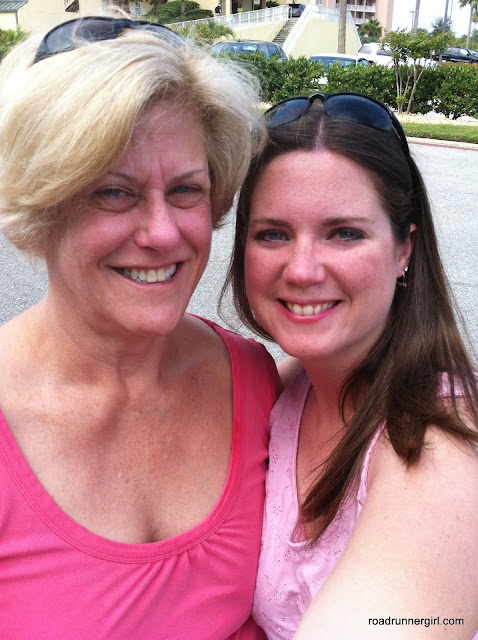 Hayden found a tree to climb! 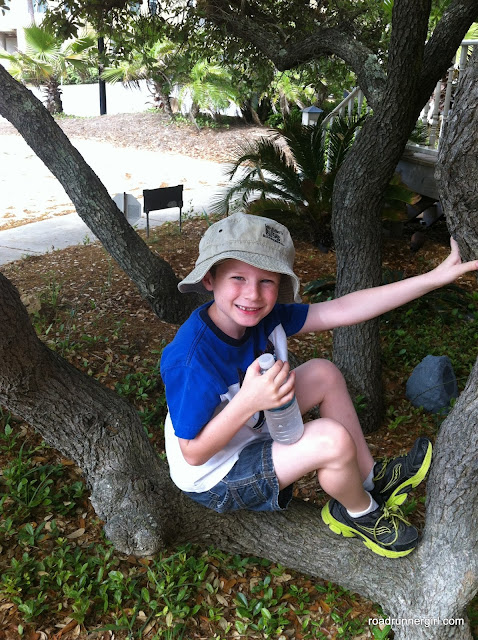 As soon as we pulled up to the Fort I couldn't help but notice the flags! They were waving in the wind and it just reminded me of how blessed I am to live in a free country! God bless the USA...and Alabama lol! 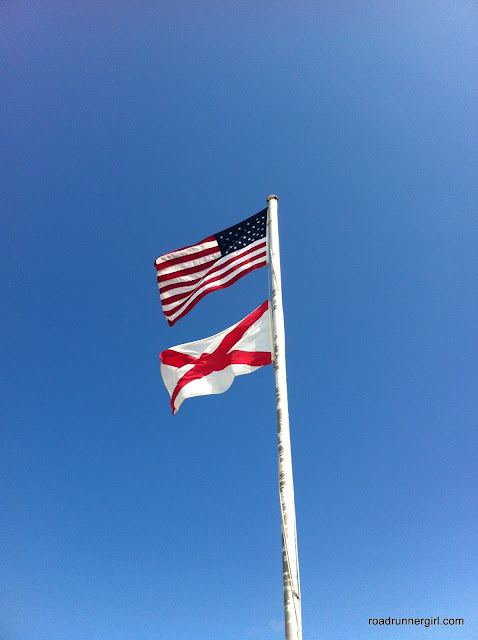 Here are a few snapshots I took at the Fort. The boys had fun telling Grandma and Papa all about the Fort! 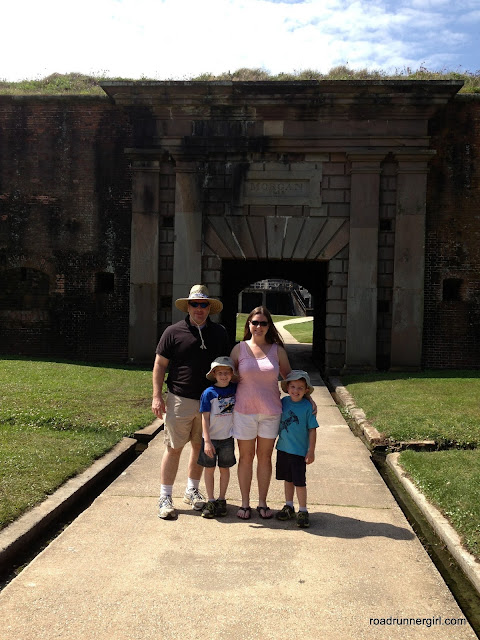 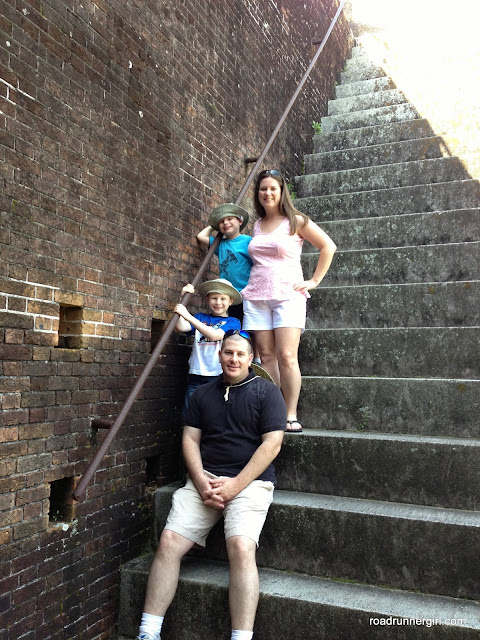 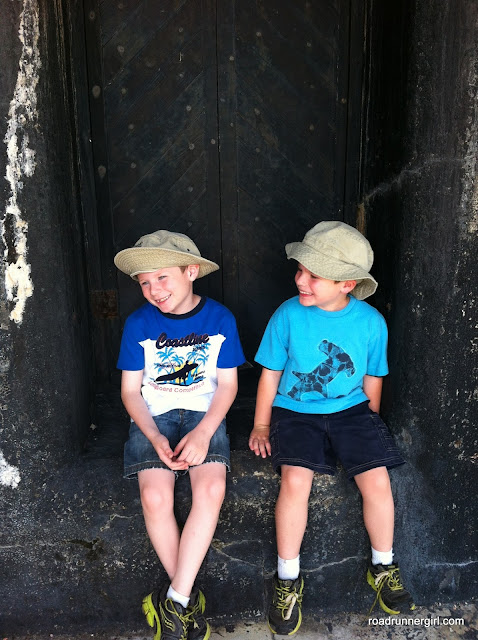 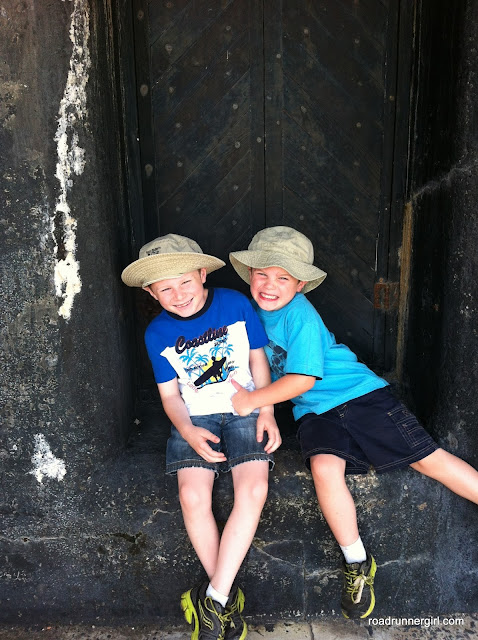 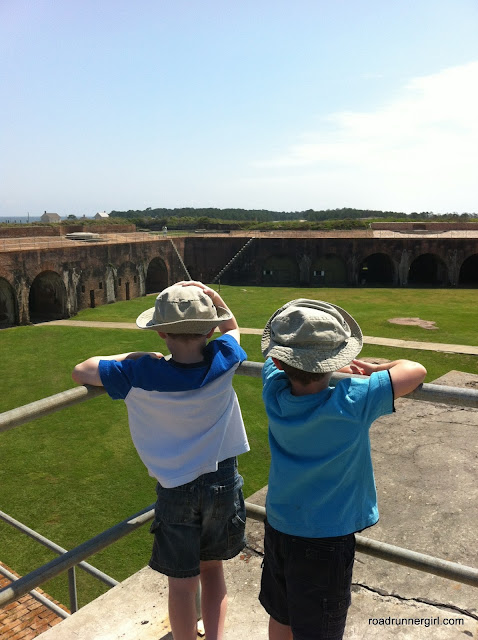 After exploring the Fort we headed back to the condo for some lunch and relaxation. Relaxation involved watching the boys have fun swimming in the pool lol! I'm not sure how they dunked their whole bodies in that water...it was so cold! 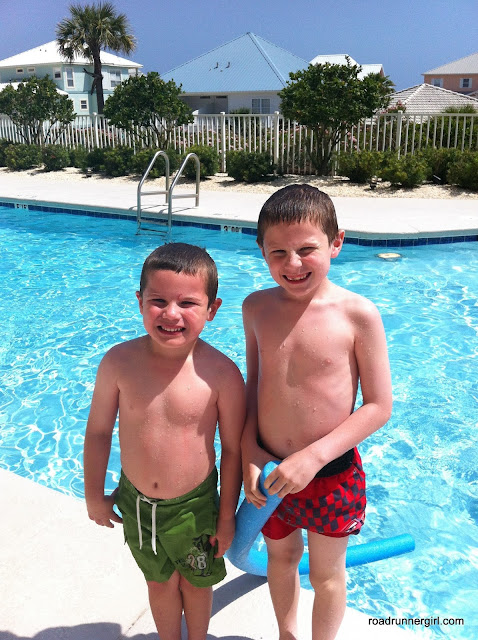 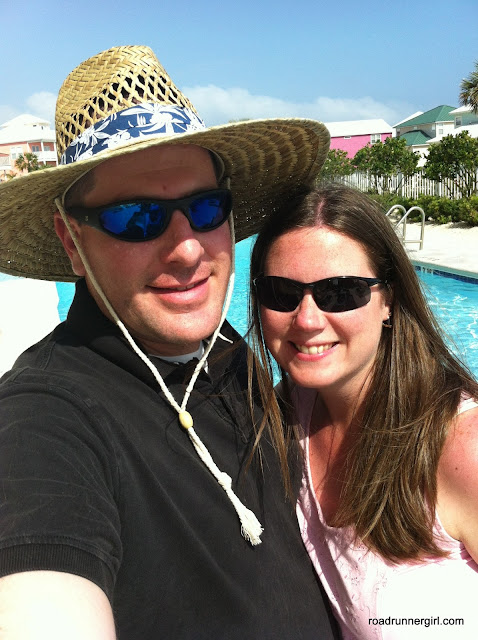 And you know me...I couldn't resist doing a little planking by the pool! :-) 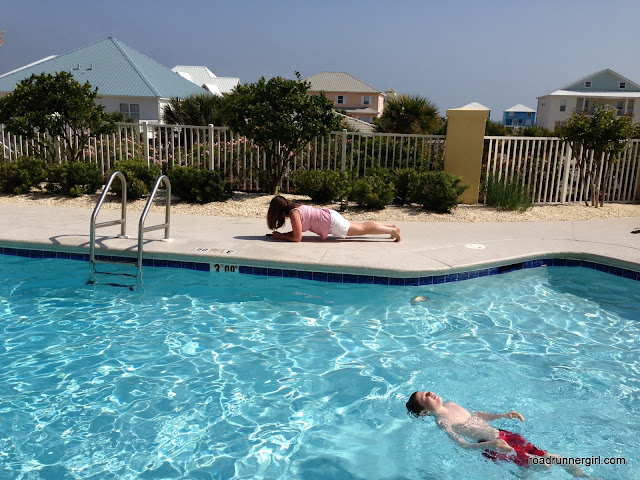 After swimming (for about 3 hours..wow!) we got cleaned up and walked over to Andy's Aunt Karen and Uncle John's beach house. They are so lucky to live on the beach! The whole family was there and we enjoyed dinner with everyone again! I was looking forward to seeing the sunset that night but unfortunately some fog started rolling in and you couldn't see it.

Sunday...our plans got ruined by an unwelcome surprise but we tried to make the best of it. Poor Sawyer woke up sick. I'm not sure if he had a stomach bug or if drinking too much pool water made him sick. But he was pretty miserable. 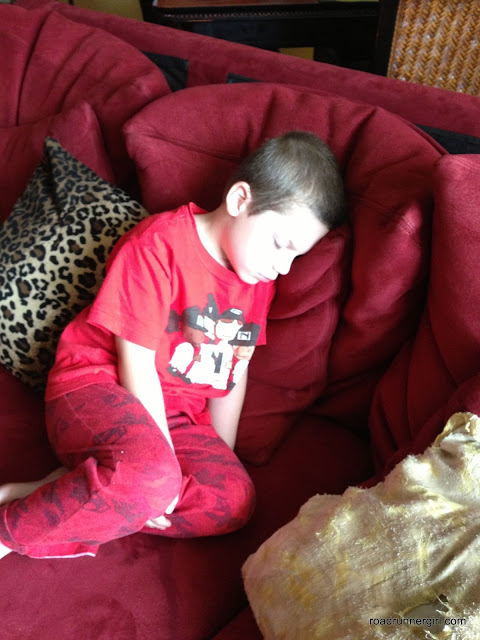 We hated to spoil all the fun for Hayden...so Andy agreed to stay in the condo with a sick Sawyer and the in-laws and I walked Hayden out to the beach. It was chilly and windy so we didn't put our swimsuits on although Hayden wanted to swim in the water so bad. The water wasn't as pretty as it normally is...when it is windy it blows part of Mobile Bay into the Gulf of Mexico and it churns up the water and makes it muddy looking. But it was still the beach and still beautiful! 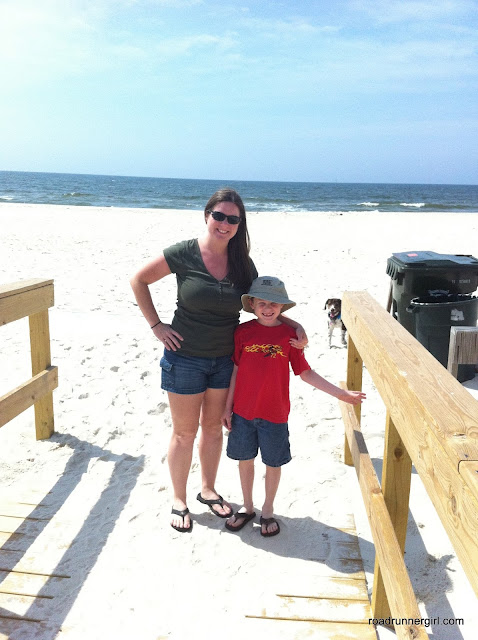 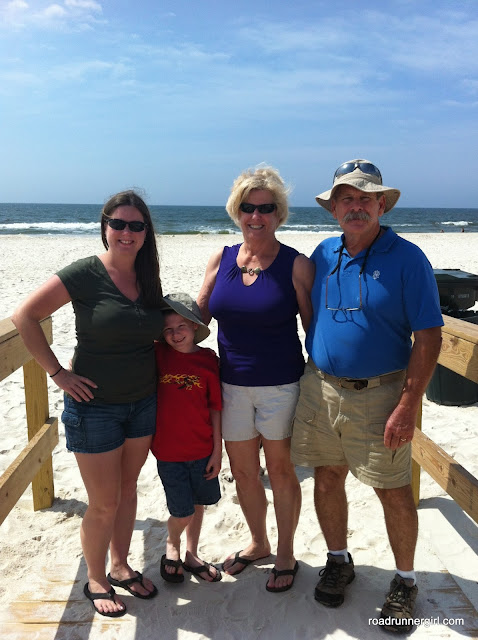 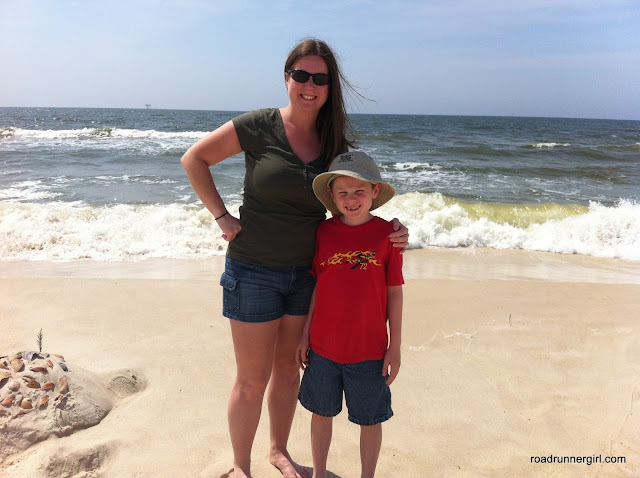 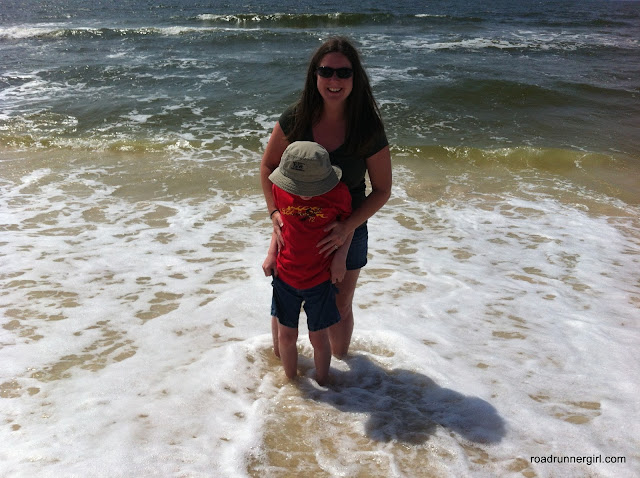 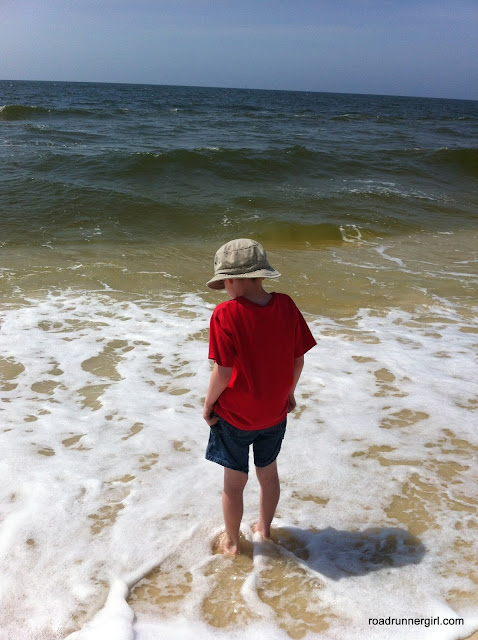 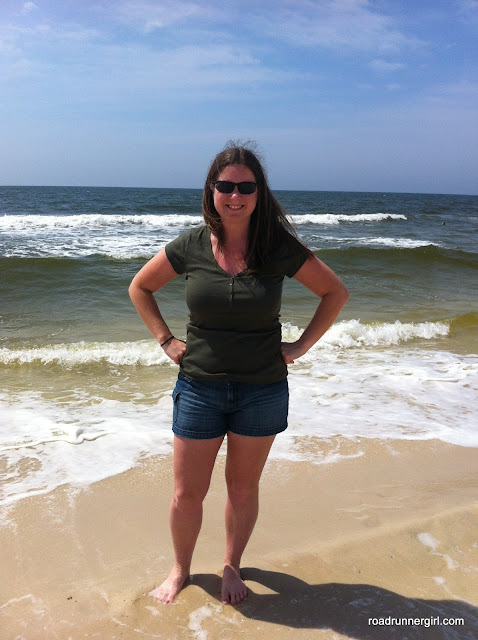 Andy's Uncle John was out there with his stand up paddle board. He offered Hayden a ride but he wouldn't do it...he's my non-adventurous child. Sawyer would have done it in a heartbeat...I hate he was sick! 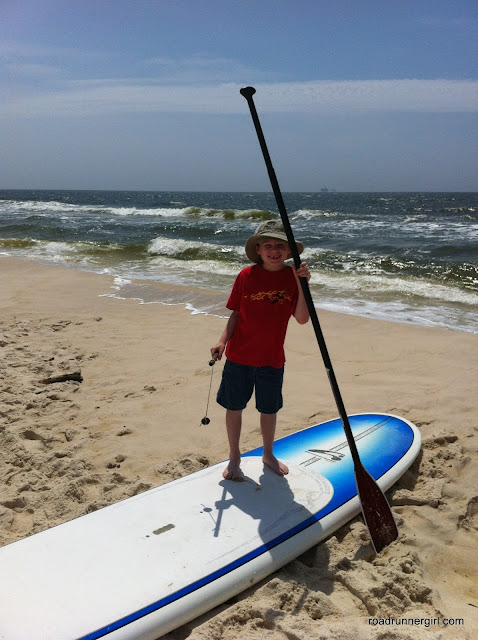 After playing on the beach we headed back to the condo for some lunch and to check on Sawyer. He was feeling a little better so after lunch we let Hayden swim and let Sawyer put his feet in. I also had a little relaxation time on the balcony! Doesn't get any better than that! 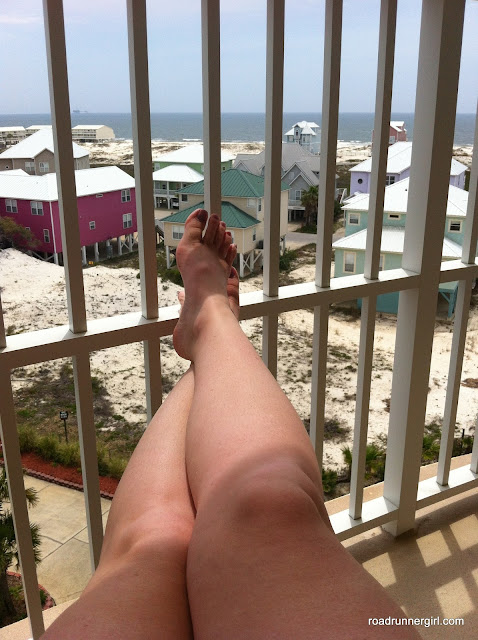 The extended family was meeting again that night for dinner but we headed home early that evening. Sawyer still wasn't feeling that great and Hayden had to go to school the next day as well as Andy had to go to work. But we enjoyed our weekend out at the beach! I just wish Sawyer hadn't gotten sick so we could have enjoyed the second day a little more. But summer is just around the corner and we will have many more beach days!

QOTD: What is your favorite part about the beach? Do you live near the beach?