I've had a super busy past few weeks of racing! I've really been in taper mode for about 3 weeks now since my last long run of 10 miles was 3 weeks ago. Then I ran two 10K races the past two weekends. So this weekend I needed to run a little more than 6.2 miles. I opted to run 8-10. My hip has been bothering me and I didn't want to aggravate it too much. So I just told myself if I felt good I'd try for 10. Otherwise I'd just run 8.

Luckily some of my Sole2Soul Sisters had planned a 10 mile run so I decided to run with them. Rain was in the forecast so we played it by ear that morning to see how far we would be able to run. We were hoping the thunderstorms would hold out until we were done.

It was pretty humid. But there was a little breeze so that helped. We started running...and right away I knew I was starting out way too fast. But I kept going. Running fast doesn't bother the hip as much as running a slower pace does.

It was nice to talk to friends that I don't get to run with often. That kept my mind off of the run. But I could already tell it was probably going to be an 8 mile day. I just couldn't get in my groove. I also kept getting a side stitch. And the hip was getting sorer and sorer.

We stopped for water around mile 4. Then we kept pushing on...but I slowed down some. No negative splits this run. Around the 6 mile mark I knew that I just wasn't feeling it and the smart thing to do was to just run 8 miles.

I said goodbye to my friends around mile 6.75 and headed back to my car on my own. And...it started raining at this point too. Luckily it was just a light rain. 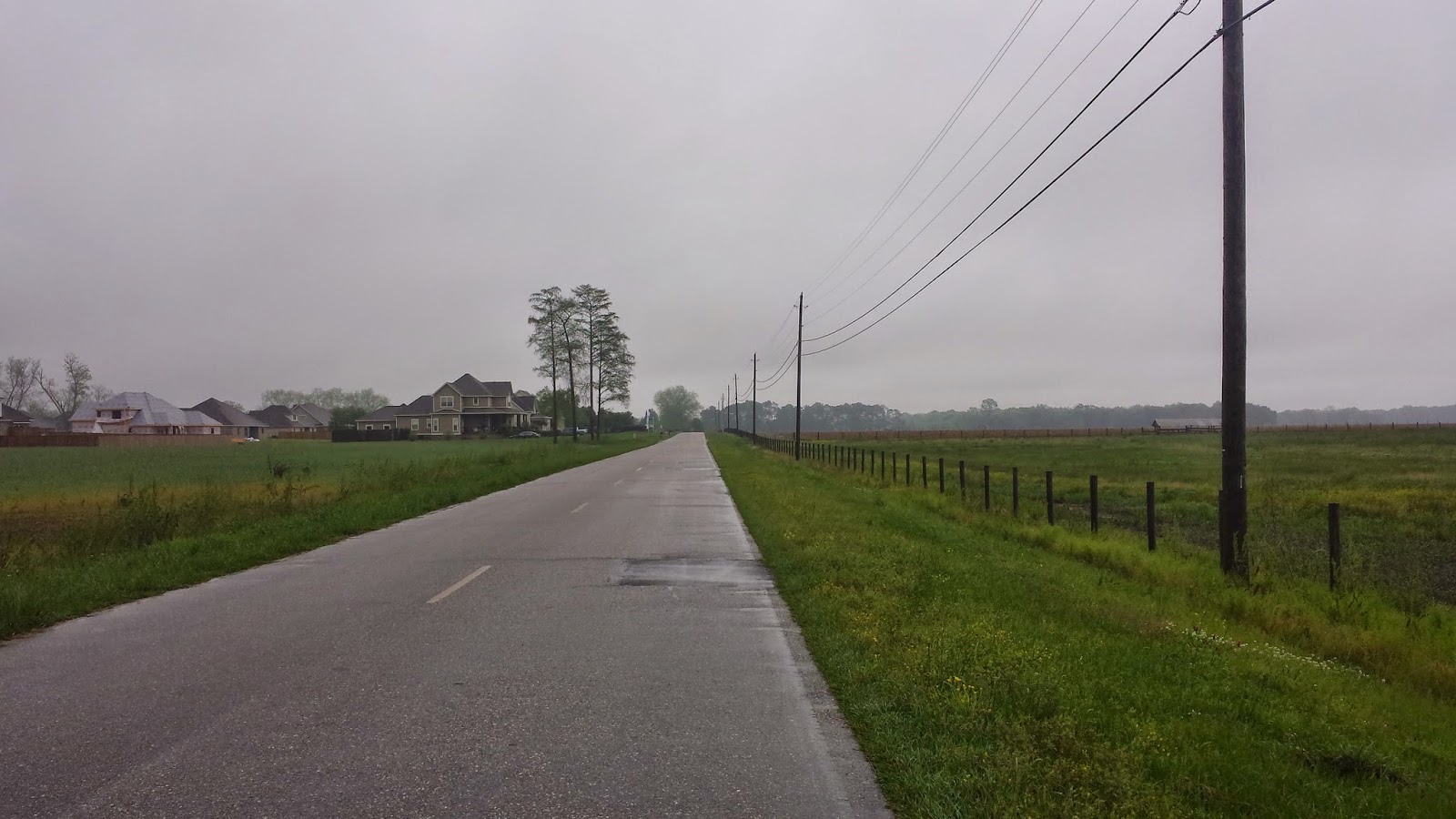 It didn't take too long and I reached my 8 miles. I had a short walk back to my car. 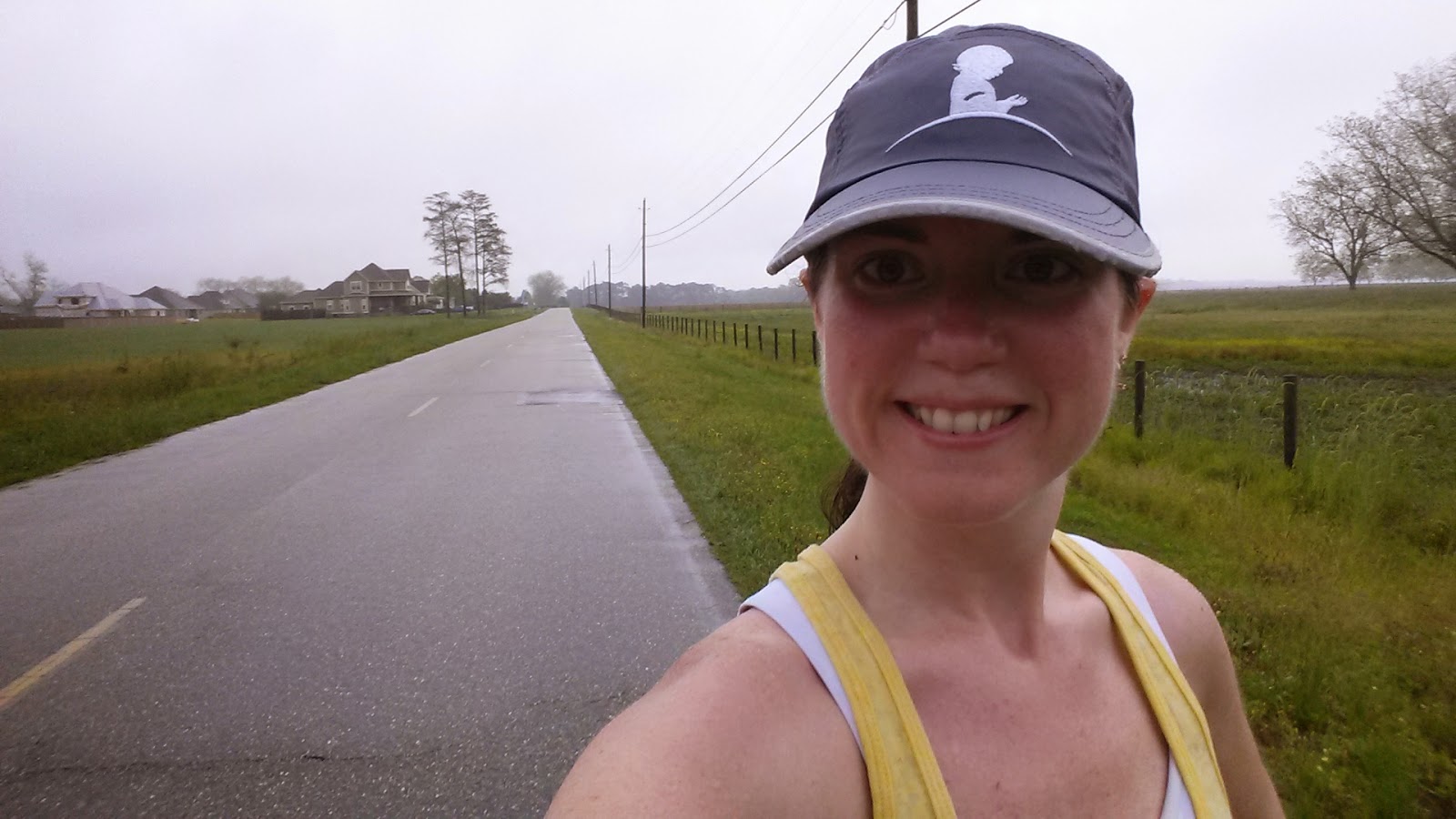 It by far wasn't a very good run for me. I struggled both physically (because of my hip) and mentally during this one. But it's done. 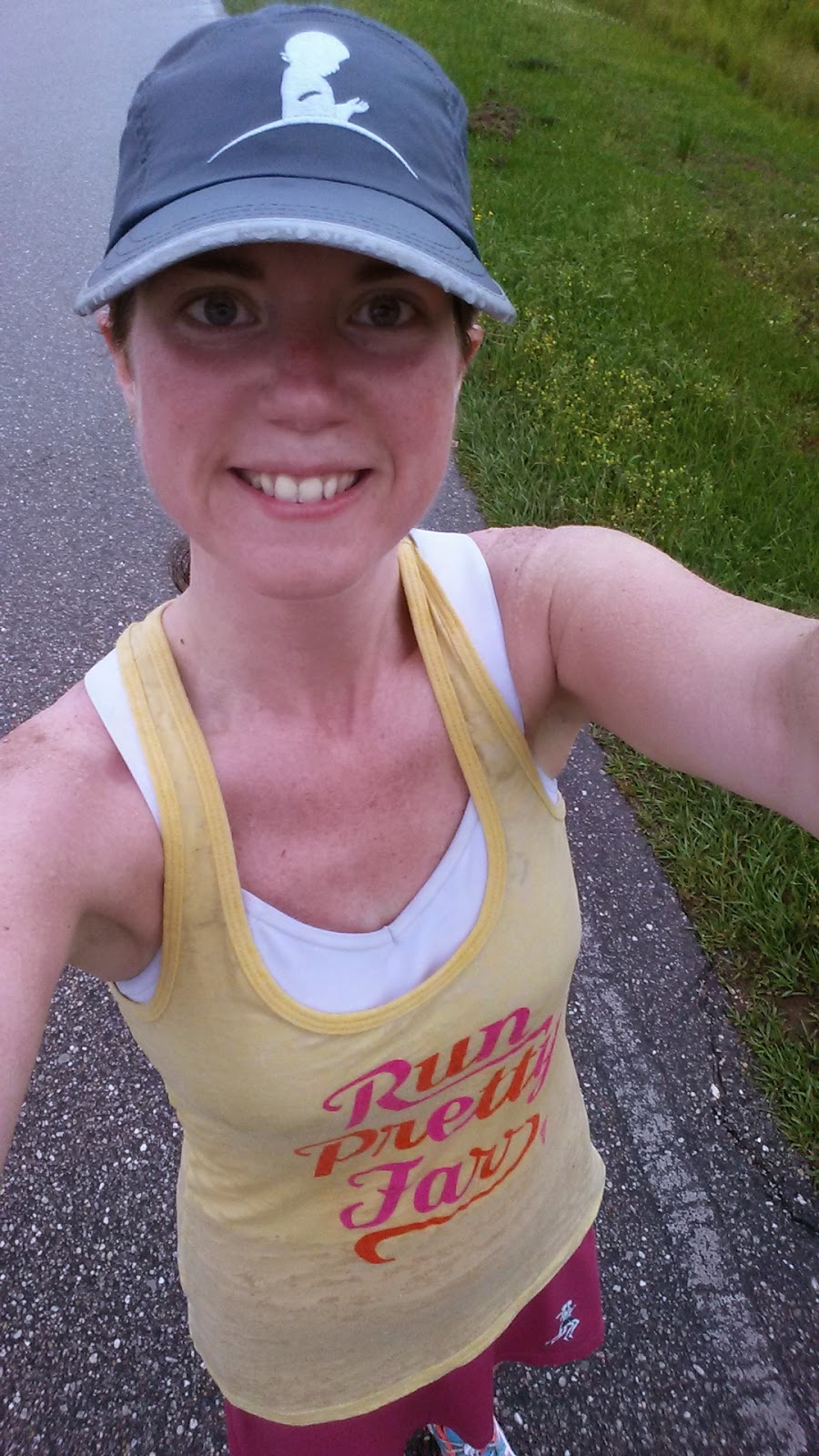 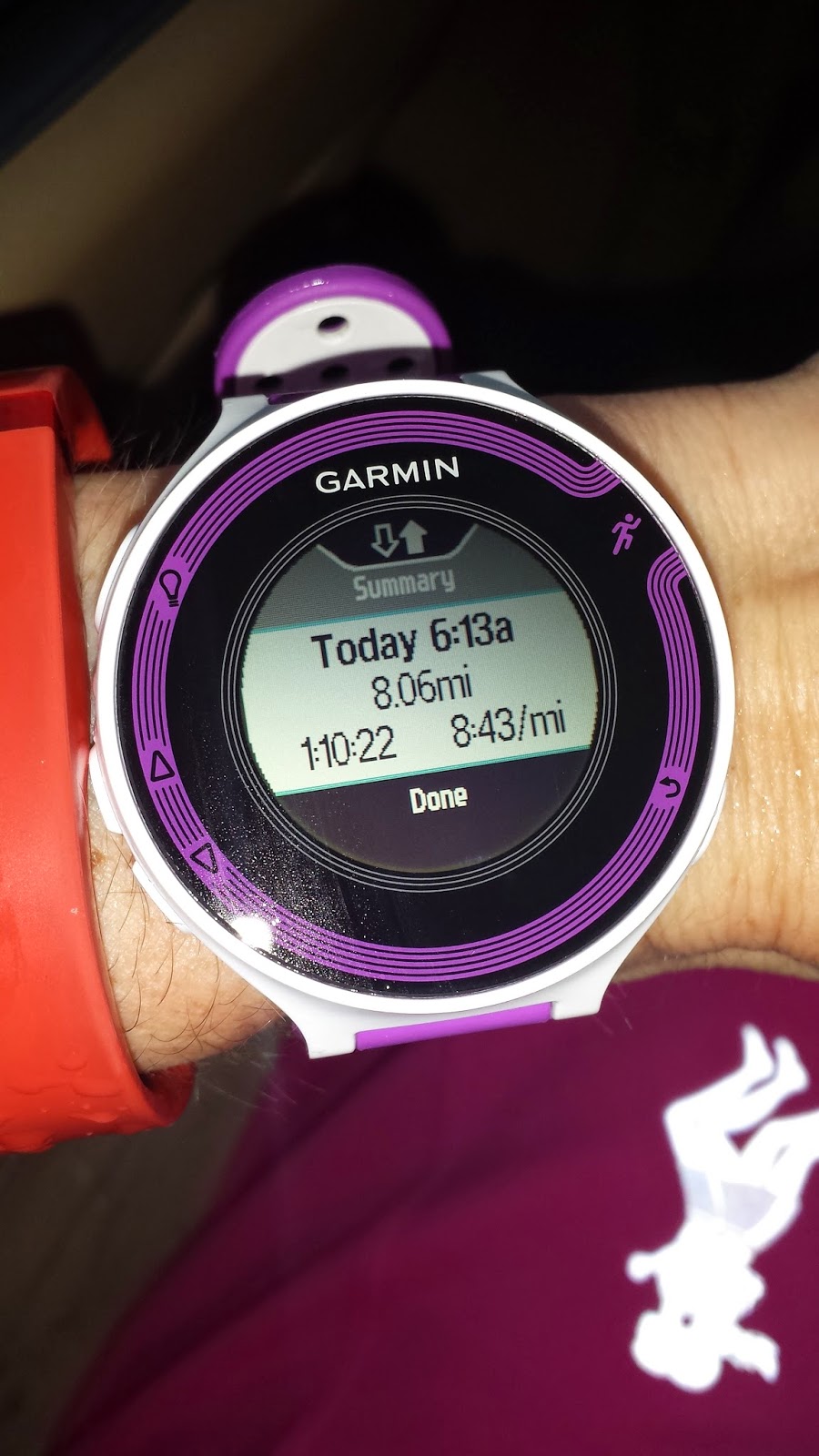 I have the Biggest Loser Half Marathon this weekend. I've been kicking butt in my races lately so I know it's ok if this one doesn't go as well. I'm not planning to PR. I'm just planning to finish...hopefully pain free.

This long run doesn't have me feeling very confident...but hopefully that just means the race will be one of those great days for running. My fingers are crossed!

QOTD: How do you deal with bad runs?