I finally got to spend some much needed time with my family this weekend! I've been gone the past two weekends for races so it was wonderful to have time with my men!

One of our favorite family outings is going to explore all the forts around us. You may remember a few weeks ago we stayed at the beach and explored Fort Morgan. Since then, Hayden (my oldest son) has been asking to go see some of the other forts near us. So we thought this weekend would be the perfect time for that. We loaded up on Saturday morning and set out on our hour drive to Pensacola.

We were aiming to see Fort Barrancas. It is located on Pensacola Naval Air Station. Although I've visited Fort Morgan many times, I had never been to Fort Barrancas. So I was looking forward to it too! Of course you have to check in to get on base. 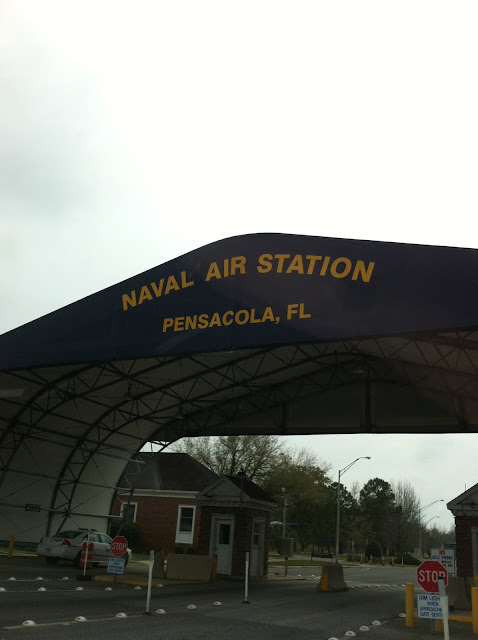 Then we were on our way to find the fort! We came to the Advanced Redoubt first. This was built in the 1800's to protect the Pensacola Navy Yard from a land based assault. Unfortunately the actual inside of the fort was locked...we found out later that it is only open once a week for a one hour tour...Saturdays at 11AM. We were too late because it was around 1:00 when we got there. We did get to take a few pictures of the outside. We also walked the perimeter of the fort and the boys enjoyed that. They couldn't understand how we were walking on the roof of the fort in some places! 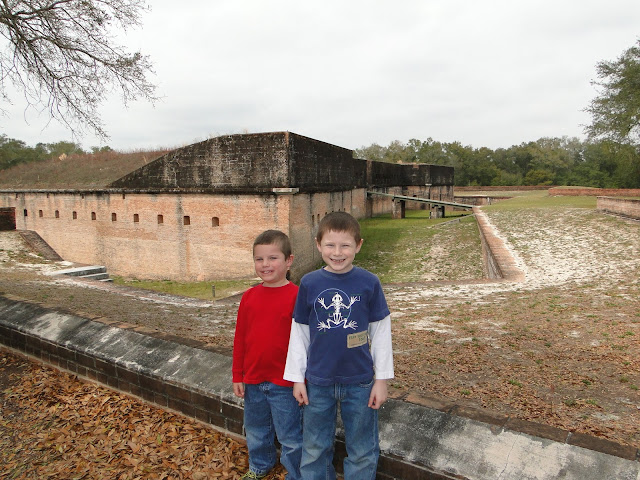 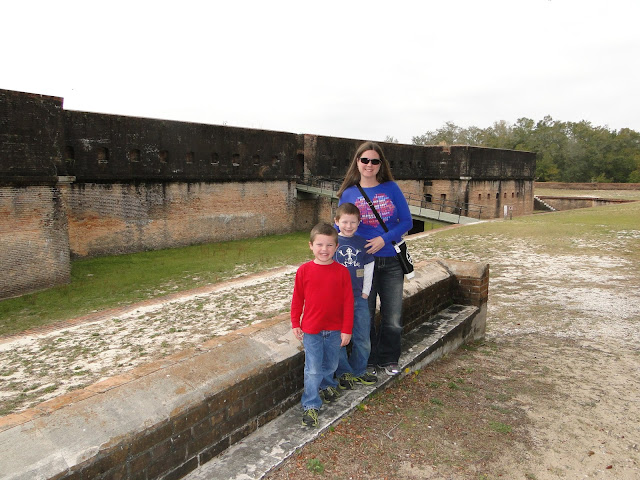 Next we headed to Fort Barrancas. There is a half mile Trench Trail that connects Advance Redoubt to Fort Barrancas but the boys didn't want to walk (lazy things...I've got to change that). So we loaded back up in the truck and made our way there. The boys loved seeing the big canons! 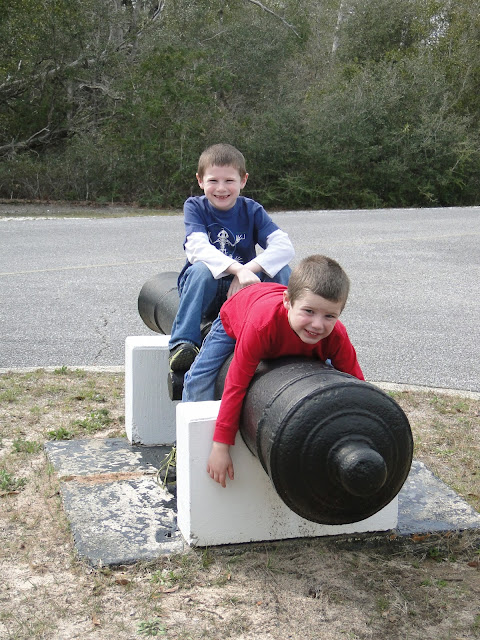 There was a gorgeous paved road that took you to a lookout of the fort. I thought it was so pretty and immediately thought of how gorgeous it would be to run there! :-) 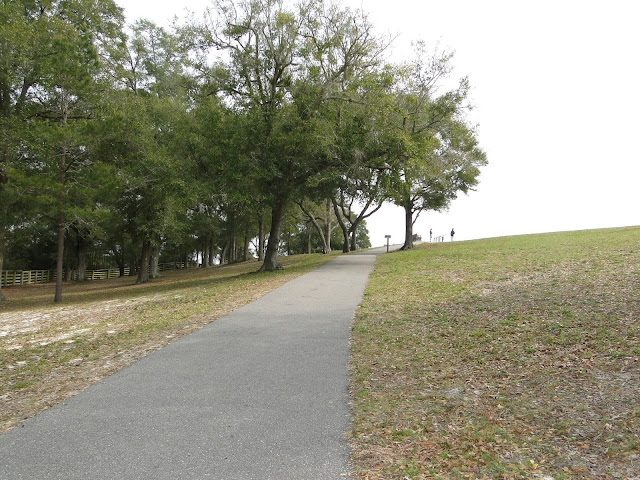 Our view of Fort Barrancas from the lookout. 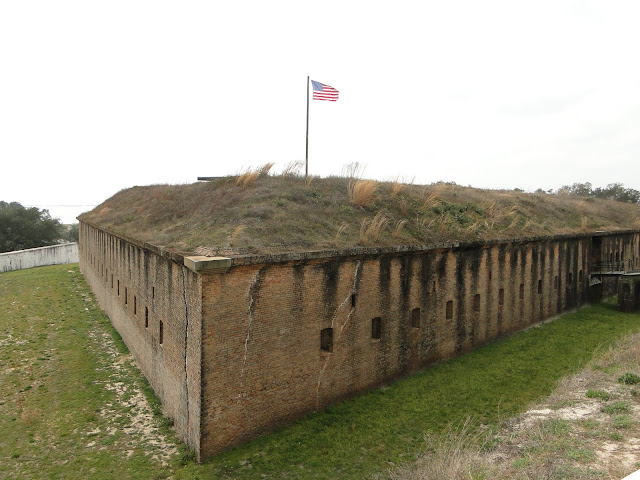 Goofy boys on the draw bridge at the entrance to Fort Barrancas. 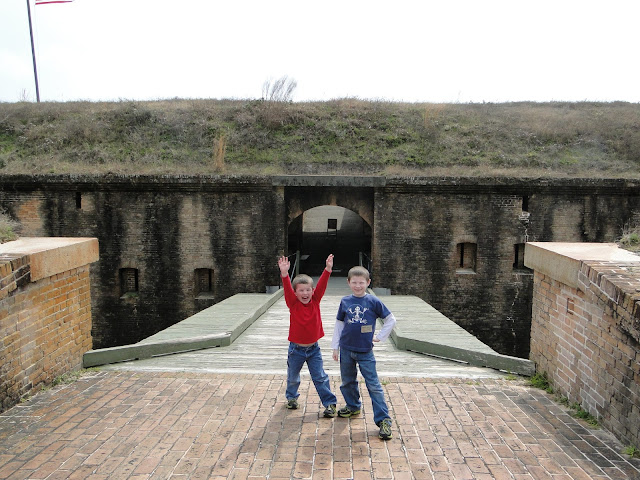 What was different about Fort Barrancas compared to Fort Morgan is that Fort Barrancas was all closed in. It was just like walking though tunnels. Fort Morgan was open on one side. The boys thought it was super cool and kept talking about secret passageways! I just love their imaginations!

The entrance to the "tunnel." 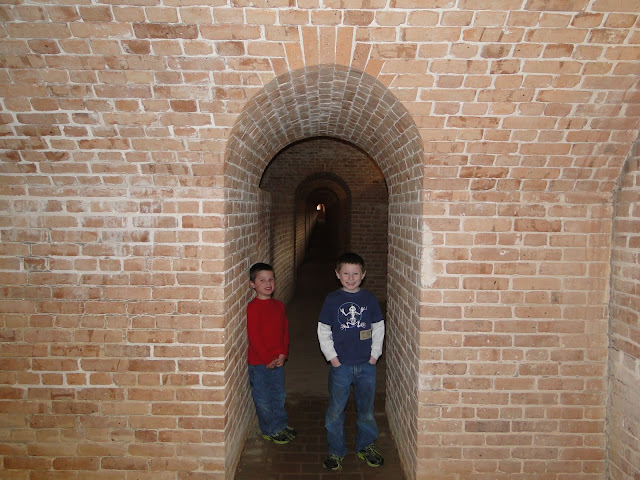 Basically each little archway entered you in a room that had two slits in the wall where the gun barrel would fit so they could fire. You can see all the archways in the picture behind the boys.

Andy and I thought it was amazing how much light shown through those slits and lit up the rooms. The temperature was also a lot cooler.

We then came to another part of the fort that was like a long hallway. There were windows on one side and a wall on the other side. 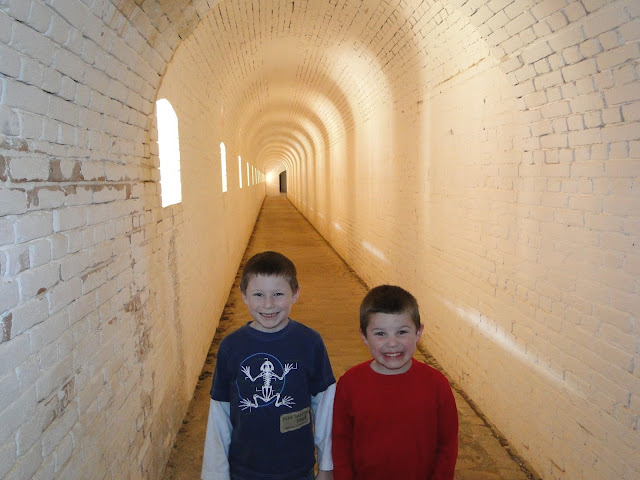 We even proceeded to march like soldiers down the hallway at one point! I'm sure that had to have occurred plenty of times when the fort was occupied. 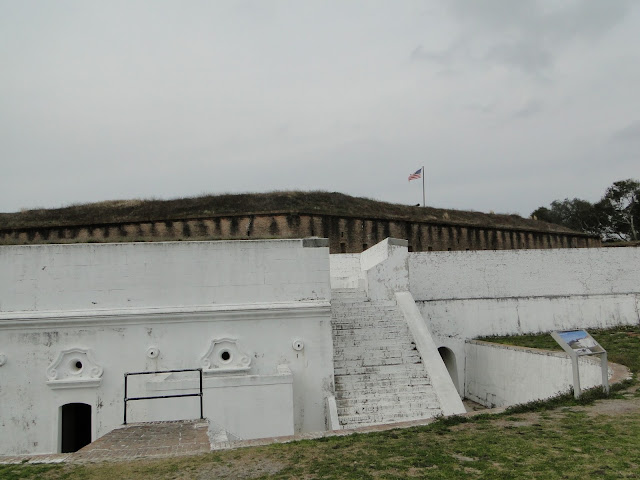 Another view of Fort Barrancas. 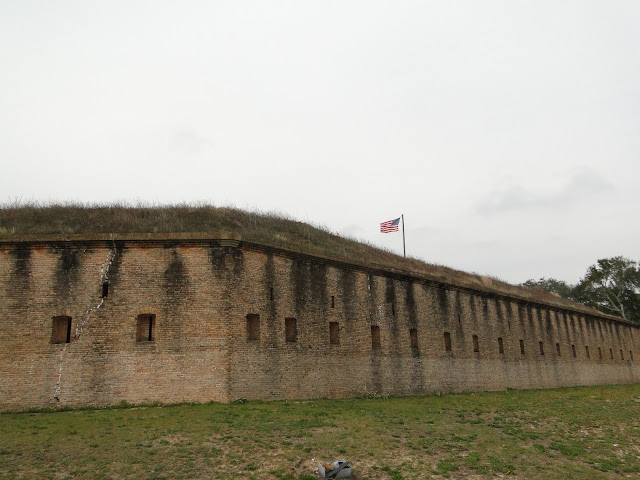 After we explored the fort we started walking back to the truck. I had to have this pic of my men! Such a beautiful background! 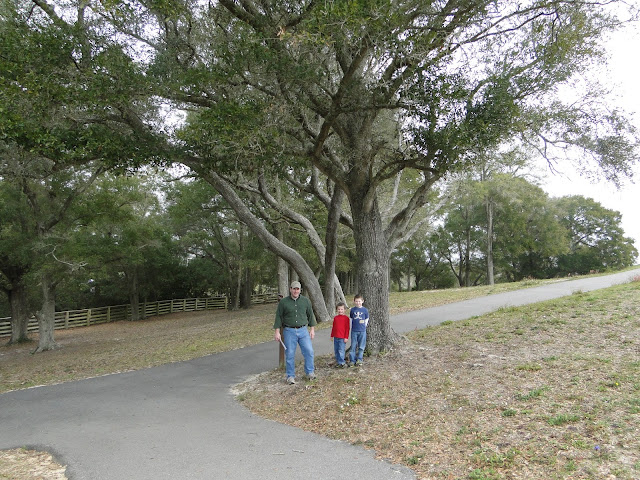 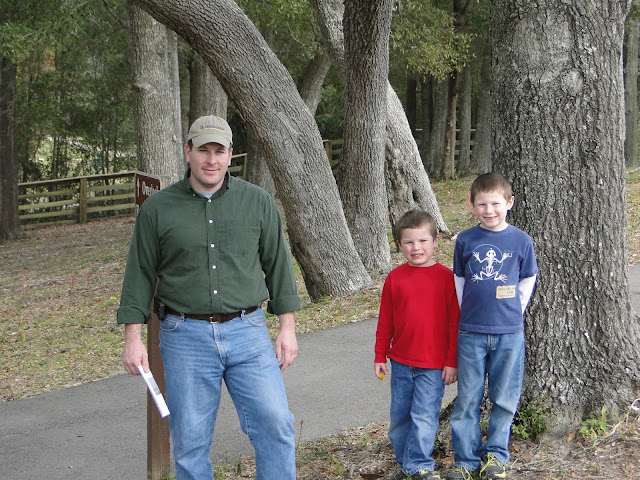 We had a great day! Hayden begged us to go to another fort that day but we just didn't have enough time to get there before dark. We assured him we would see them all! We have two more in our area that we haven't taken the boys to...Fort Pickens in Pensacola and Fort Gaines in Dauphin Island. I'm so glad the boys enjoy exploring the forts as well as learning a bit of history while they are there!

QOTD: Have you ever been to a fort like this? Which one?