Saturday I ran my first long run since the Seaside Half. I have a 10K race the next two weekends and then my last half of the season the weekend after. So I knew this weekend would be my last weekend to get in a really long run to prepare for the half. Several of my Sole2Soul Sisters are running this half so I just jumped in with them on their training. They were running 12 miles so I decided that's how many I would run too. I was a little nervous about this run because I took a week off of running after the Seaside Half. I wasn't sure how much of my endurance would be lost after not running for a week.

But I know you've heard me say it a thousand times...I'd rather run long than short. I dread short runs because I never even get warmed up until around mile 4 or 5.

So the first 3 miles were the same as always...tough. But finally around mile 4 my legs warmed up...and the hills began. And I started feeling good. And I started picking up the pace. I was a little wary of going too fast and not being able to finish the run. But my body wouldn't let me stop.

What's great about our group is that we have so many people who run different paces. So you usually always have someone to run with. I'm usually in the middle group...not the fastest but not the slowest. Here are the girls I ran with Saturday. We are at our 7 mile water stop.


Angie, me, Shelbie, and Susie 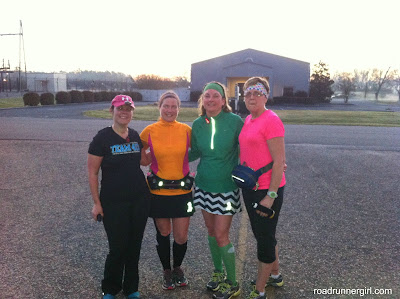 Susie's hubby is awesome! He gets up early with her (we started this run at 5am) and rides his bike along the route. I call him our bodyguard! I feel much safer when he's with us on our runs! And they are just too cute together! 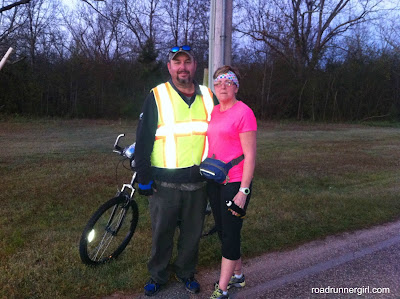 After our pictures we were on our way again. I felt pretty good until the last mile. That last mile took FOREVER!!! I kept thinking about how Seaside felt so easy...and this run was a lot tougher. But I eventually made it to mile 12 and I was so happy! And I remembered the goodness of a long run! The feeling of success and pride in that you just ran that many miles! And how most people don't even drive that far! Or like my brother always says to me, "The only way I'd run that far is if someone was chasing me!" 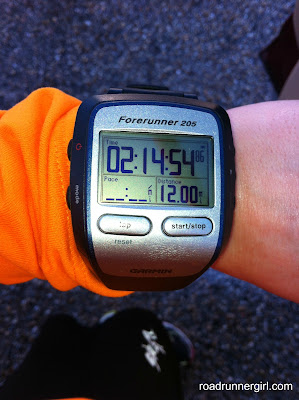 I fueled with Huma Chia Energy Gels during this run. They are my favorite gels now! Stay tuned because I will be reviewing them as well as giving you an opportunity to win your own!!!

After the run I headed home. I immediately made my recovery shake to drink. I used Designer Whey White Chocolate protein powder....my favorite! 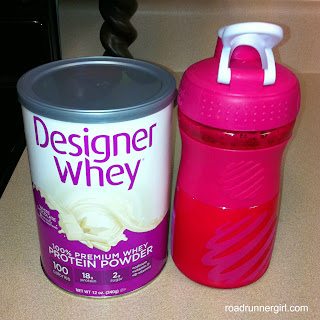 The rest of the day was spent snuggling my sick little boy. And trying to keep my oldest boy away from the sick one...that's tough!!! Maybe even tougher than the run lol!

QOTD: What do you use for fuel during a long run?