Running Up That Hill!

This weekend my schedule called for 9 miles. I've been running my long runs by myself or with my friend Misty for a while now. Getting into higher mileage makes it tough to run by yourself. I know a lot of runners do it but this runner has always had the support of her running group the Sole2Soul Sisters for long distance training. The bottom line...I've been lazy. My running group runs really early...and I've been sleeping in. But now that higher mileage is upon me...I need my running friends! So I will have to sacrifice some sleep.

The group run planned was for 10 miles. I decided to go ahead and run the full 10 instead of jumping in at their mile 1. What's another mile right? They were running at 5 AM...which meant a 4:30 AM wake-up call for me. And...my hubby surprised me with a date night the night before which meant I didn't get to bed as early as I would have liked. But I was excited to run with a group again!

The route planned was super hilly. It started in a neighborhood that we always avoid running in because of the steep, roller coaster type hills. But I was up for the challenge! I knew I would probably have to walk some of those hills and I was ok with that. Going into the run knowing that made me not be so hard on myself.

The first 3 miles were in the hilly neighborhood. Was is hard? YES!!! Those hills were steep! Did I walk? Yes! I could walk the hills faster than I could run them. But as soon as I made it to the top I started running. We had our first water stop as we were coming out of the neighborhood. Then...it was on to more hills!

Although my legs were tired I felt pretty good during the run! Before I knew it one of my friends said we were at 5.5 miles! What? That made me pretty happy to know we were over halfway done!

We turned around and headed home around mile 6. I felt pretty strong and really got into my groove the last half of the run! We encountered more hills but I conquered them!

Only 2 more miles to go! 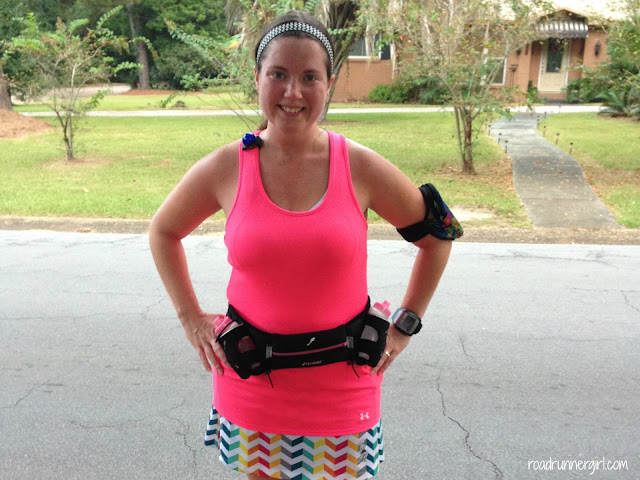 I was happy to be running with my pace partner Holly from Running and Baking Oh My! It's been awhile since we've run together! 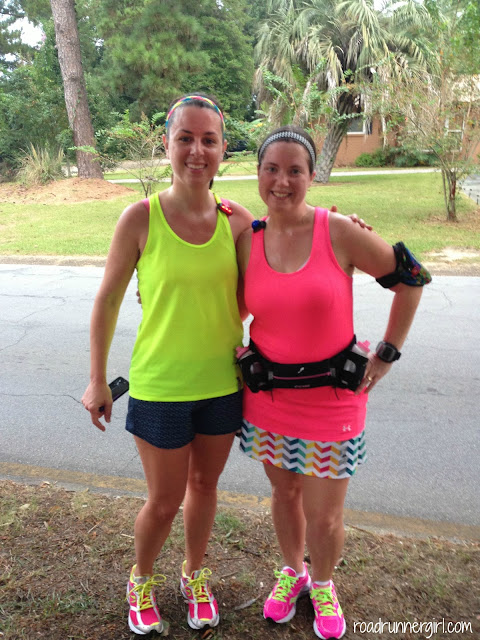 The last mile of the run was tough mentally. My mind knew that my schedule only called for 9 miles. But I wouldn't let my body quit. I finished strong! 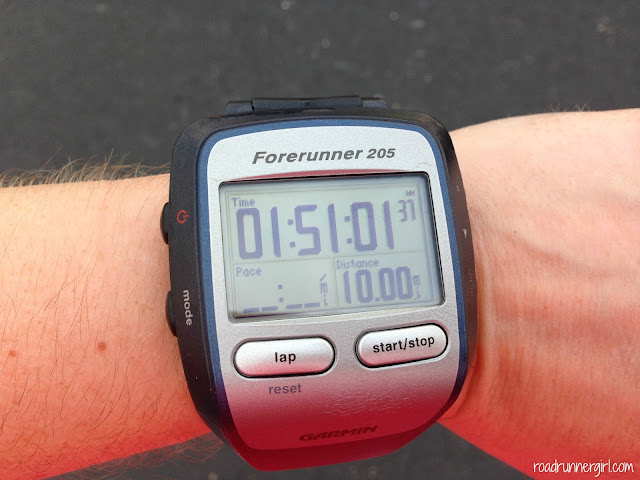 My friend Katrina posed me lol! 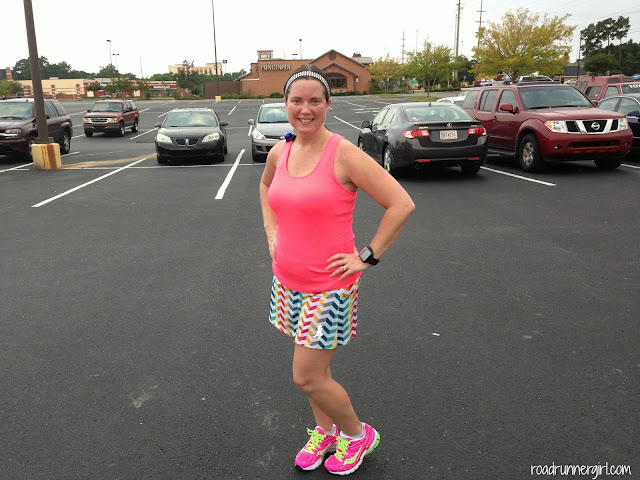 I'm not the only one who likes running skirts!!! ;-) Remember you can use my code roadrunnerskirt for 15% off a running skirt! 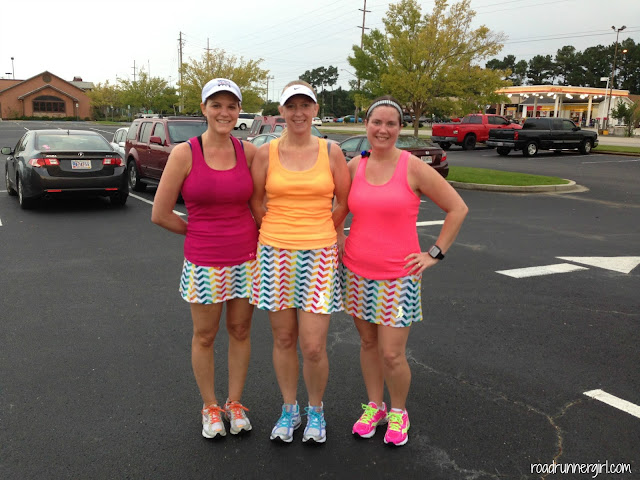 And here's part of the wonderful group of ladies I got to run with! There were a few others who ran with us at the beginning but they only ran 5 miles so they weren't with us in the end. 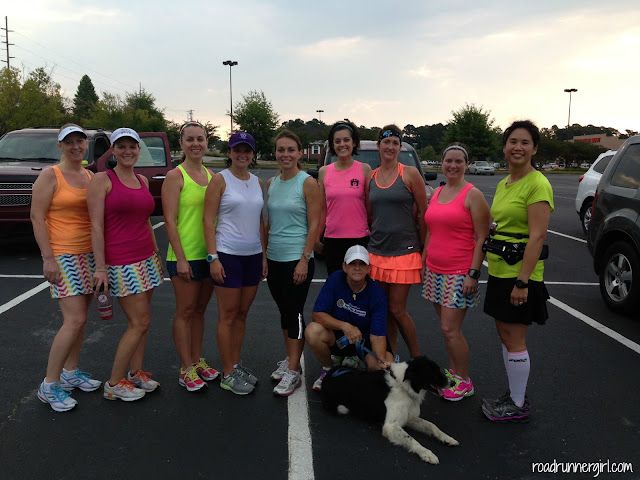 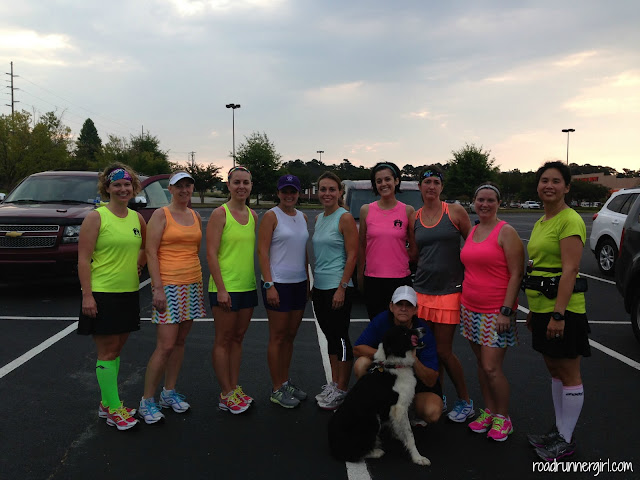 I will NOT be doing that hilly route for at least another 6 months!!! It was so hard! Although I felt super accomplished when I was done with the run!

Look at the elevation chart! That may not seem bad to some of you but that's really hilly for me!

The next day I woke up to really, really, really sore legs! You know how you walk the day after a marathon? Well my legs were THAT sore! It was weird! The sorest part was my calves! I know the hills contributed but I'm thinking since this was the first long run in my new Saucony's that maybe that was the reason I was so sore. Usually I'm not that sore, if at all, after my long runs.

Next week I'm hoping for a flatter route! ;-)

QOTD: Do you still get sore after long runs?