Saturday morning I woke up earlier than normal to get in 6 miles before the Unique Conference (women's conference I was attending). I knew I only had time for 6 miles if I wanted to be ready for the conference on time.

As soon as I stepped outside I was hit with a wave of heat. It was 100% humidity and you could feel the thickness in the air! So gross! It was also hot! The temperature was 73 degrees. But I knew I was just going to have to suck it up and endure it. I could do it for 6 miles. 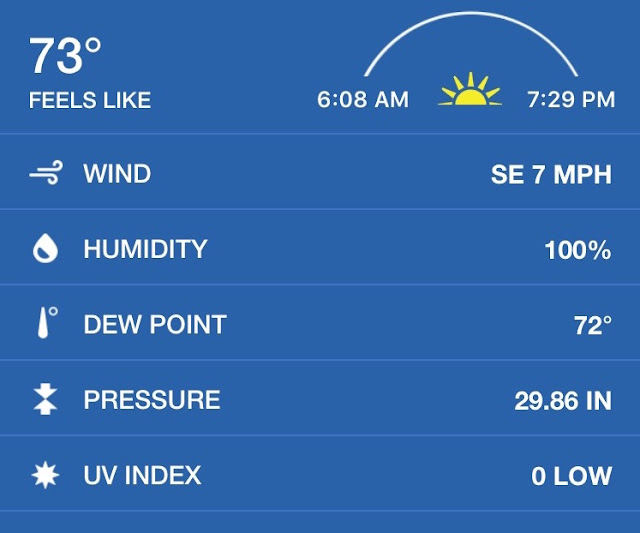 I started on a new route this week. I didn't want to encounter the white dog from the last 2 weeks so I headed in a different direction. But this route would involve the possibility of traffic. Luckily since it was early there weren't a lot of people out and about.

It's crazy how you could see the humidity in the air! The first few miles were actually not that bad. I was keeping a good pace. Breathing was a little difficult but it didn't affect my run too bad. The first two miles were out and back on one road. I only saw 2 cars which I was thankful for!

Miles 3-5 were in a neighborhood. I've run in this neighborhood several times but always do the big loop. This time I added in another small loop that I've never done. It was nice to see some new scenery.

The last mile was on the sidewalk. By this point I was ready to be done! I made it to 6 miles but couldn't stop since I was so close to a 10K! 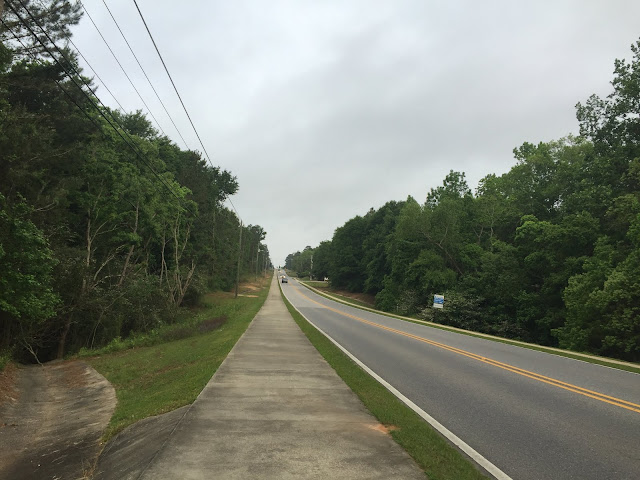 When I finished I was pretty proud of my pace in that humidity!!! 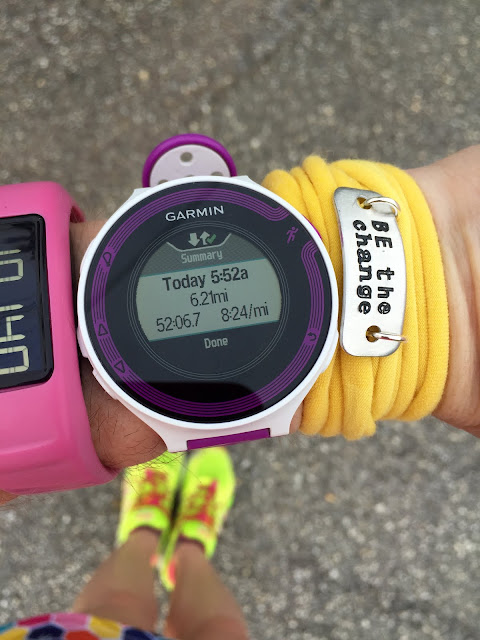 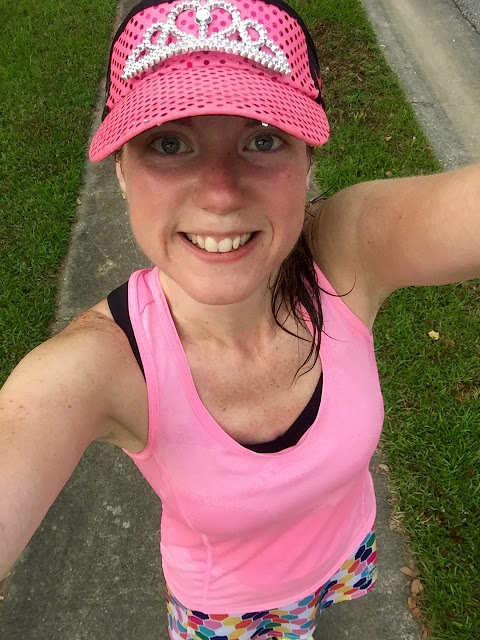 See how sweaty I was??!!! Yuck! But I was happy to be done in plenty of time for my conference!

I know I'm going to have to get used to the high humidity since that's the story of our life in the summer time here on the Gulf Coast. It usually takes a little bit to get acclimated to it. But this year it seems like it has just come on strong and without warning lol! But it won't stop me from running! It may slow me down a little but I won't stop!