So Saturday's long run was.....awful!!!! I haven't had such a tough run in a long time. I guess it was coming since the past two long runs I've run PR's.

The temperature at the beginning of my run was 75 degrees with 90% humidity. That was a factor in how tough the run was. But it wasn't the only factor. 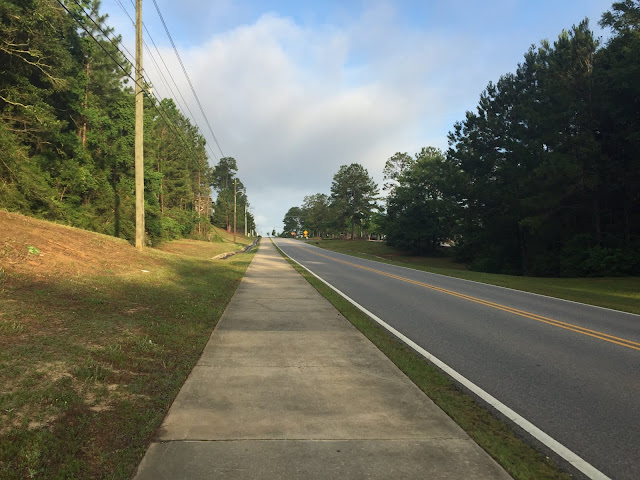 The night before my hubby had taken me out to dinner for our anniversary. I remembered at dinner that I hadn't eaten very many carbs that day. And I wasn't eating my pre long run pizza dinner. Instead I had blackened Mahi Mahi, asparagus, and garlic mashed potatoes. Now the potatoes were a carb but other than those and my oatmeal from breakfast I hadn't eaten any more carbs that day. I didn't think it would be a big deal in regards to my run the next day. But boy was I wrong.

Now I know for some of you, you don't rely on carbs to fuel you for a run. And that's ok. Everyone should do what works for them. I have learned through years and years of running that my body needs carbs before a long run. That's why I eat pizza.

I began my run not really thinking it was going to be tough. But by the time I got to mile 2....I wanted to quit. 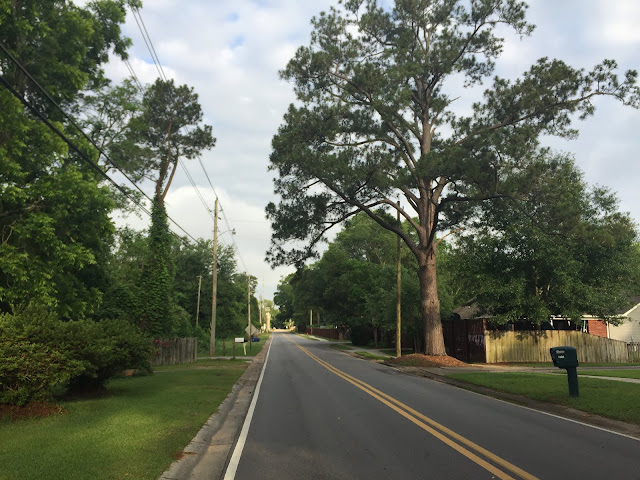 I was hot. It was humid. I was sweating buckets. And I had zero energy. I kept telling myself to just put one foot in front of the other. Just run. I could do this.

I circled this neighborhood loop twice in the hopes I could make 7 miles. 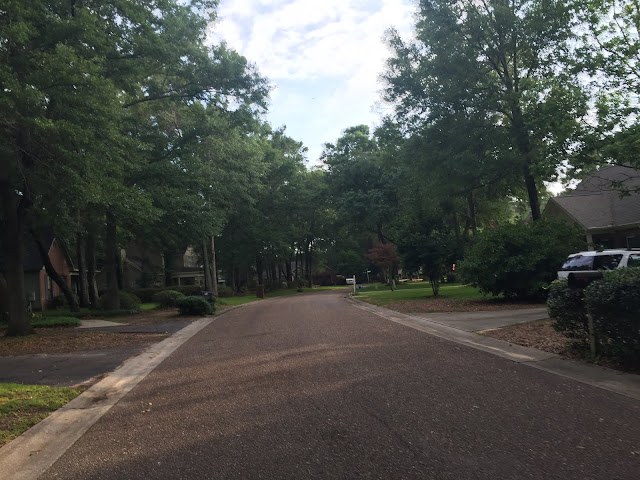 But by the time I reached 4 miles....I knew 6 would be all I had in me for that day. I even thought about quitting at 5 miles but knew I'd be upset with myself if I did. Plus I'd still have to walk that mile home. 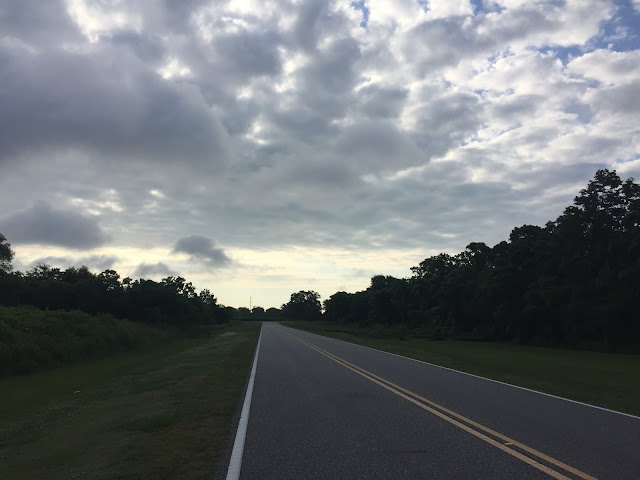 At this point...I was arguing back and forth with myself in my head. One voice kept telling me to walk. No one would ever know. I could even stop my watch so the walk wouldn't hurt my average pace. But then the other voice argued back. If I stopped I would be so disappointed in myself. I needed to fight during the tough runs to make myself stronger. If I stopped I would regret it. I could survive the next 15 minutes and keep running.

Luckily...the second voice won. I didn't stop running. I didn't take a walk break. I kept pushing forward. And I reached that 10K mark with relief. I had done it. I had survived. I had fought. I hadn't given up.

This was a smile of thankfulness and happiness. Thankful I had persevered and happy it was over! 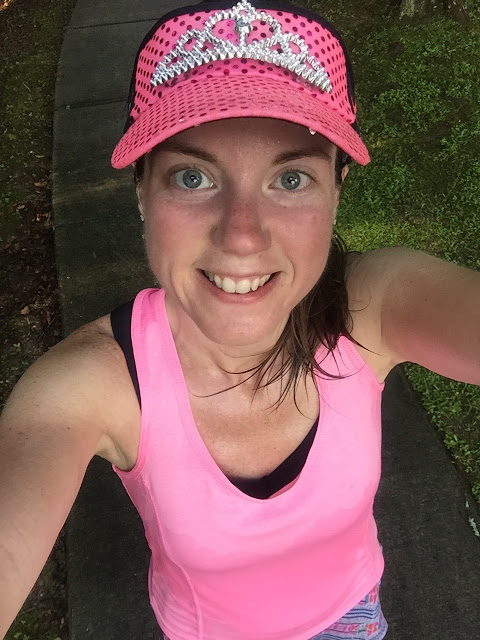 It wasn't how I wanted my first run in my new Boheme runningskirt to go. But I will always remember fighting for this run every time I wear the skirt. I just hope the skirt has better luck next run lol! 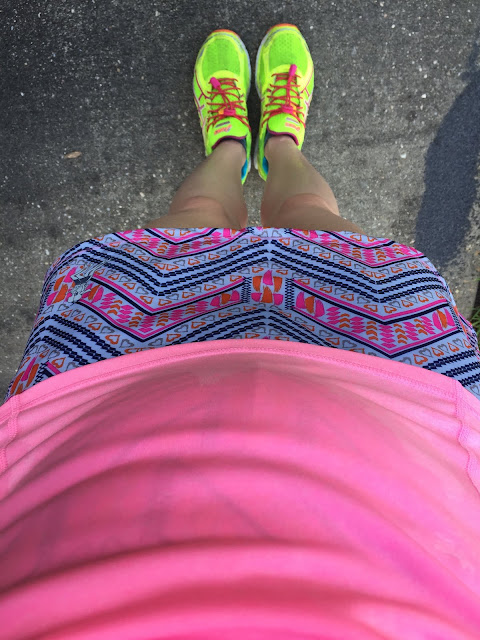 I stretched and then I went inside to my family. I drank 3 bottles of water right away. I was so thirsty and hot! And I knew I needed to replace all the electrolytes I had sweated out.

We had the cutest little bunny rabbit in our back yard that morning when I came in from my run! I didn't get a great picture because he started hopping away as soon as I got my phone out. But this is a pretty cool picture of him in action! 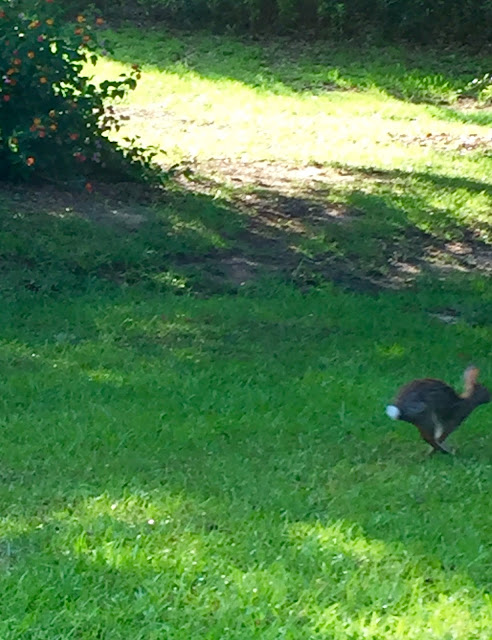 Here's to hoping my next long run is a much better one!

QOTD: Do you have those voices in your head that argue back and forth when you are having a tough run? Or am I just crazy lol??!!