Today is an exciting day!!! Do you know why? Because I'm on my way to Disney World!!! I will be tweeting and sharing photos on Instagram and Facebook! Meanwhile, today's post is by Shannon from Girls Got Sole! Shannon is also running Disney this weekend...she's running the half marathon!!! Thanks for sharing with us Shannon!!!

By now, if you are into fitness and especially running, you know who Jeff Galloway is and about his method of running. It's about intervals broken up into run-walk-run parts. You can run as little as 30 seconds, then walk the same, or run 5 minutes before you take a walk break. The bottom line is, using Galloway's method not only keeps you injury-free, but it gets you over the finish line with a lot more ease. You're recovery time can be significantly less simply because of these walk breaks taken right from the start. Not to mention that you can still get a great race finish time if speed is what you are after. 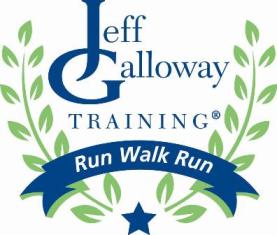 I began running using the Galloway method in mid-December of 2011, right after walking my first half marathon at Space Coast. I was finally cleared to run again after not being able to run for over a year due to a back injury. I could not have been happier not only to be running again, but for Jeff's great method of being able to do so. It is because of the walk breaks that I knew his training method was right for me. It would make it easier on my body to have that minute of recovery between running intervals.

After running on my own using this method to resume running, I ran my first races as a runner again. My first half marathon as a runner (2nd half overall) was in March and while it still remains one of the toughest races I've done, I finished strong and felt good doing it. I credited the run-walk-run method for helping me cross that finish line with a smile on my face.

This past June, I started the official Galloway training program in Orlando. I was definitely excited about not only getting into a training program, but I felt the Galloway program was just what I was seeking and needed. It's now eight months later and I feel as though I'm not only a smarter runner, but I'm also about to run my first full marathon and my fifth half marathon this weekend at Disney. 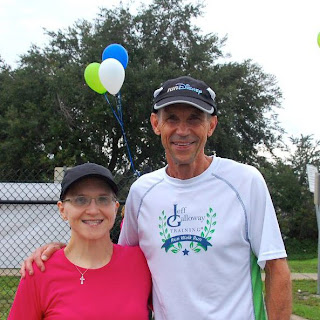 Is the Galloway training method for you? Well, I believe that any and all runners can benefit from Jeff's walk-run-walk way of training. His program has helped so many finish their next half or full marathon in less time and feeling stronger than before. The caveat is that you need to use the walk breaks from the start to truly reap the benefits of them through your race or training run. You won't feel as tired and slow down at the end if you use the walk breaks from the beginning.

For more info about Jeff Galloway and his training programs, please visit his website: http://www.jeffgalloway.com/

QOTD: Have you ever used the Galloway method?
Posted by Mindy Bobe at 12:00 AM