After last week's long run, Holly asked me if I wanted to run 6 miles this week. I told her I would let her know. I was seriously doubting myself after that tough run. About mid week I told her that I would try for 6 miles. I planned a route that I hadn't run in a while hoping that would make for a better run.

I woke up Saturday morning ready to run! I immediately checked the temperature and humidity (like I always do)...77° and 94% humidity. The good news...there was a tiny breeze.

The first mile was tough...like it usually is. Holly and I both were having a hard time breathing. But finally around mile 2 we started to get into a groove. And running started feeling natural for me again. Yay!!!

Before I knew it we had made it to mile 3! Halfway done! We stopped for a quick water break and then we were on our way again! We entered a familiar neighborhood and saw our friend Gina and Angela who are currently training for the Chicago Marathon. They were on mile 9 of 15! I was feeling pretty blessed that I was only running 6 miles that day...where they still had 6 more miles to go! 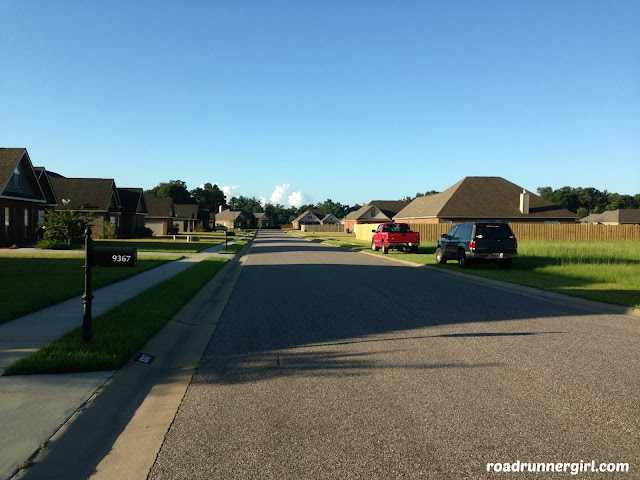 When we first entered the neighborhood the sun was out in full force. And it was blaring down on us and so bright! Both of us had not worn sunglasses so it was tough running with the sun shining so bright in your eyes. We ran that mile about a minute per mile faster than the rest of the run because we were trying to get to our turn around point...and to have the sun at our backs! I'm gonna have to remember those sunglasses next week!

After we turned around we only had about a mile to go. I felt great! I was soooo happy and soooo thankful for a great long run! I needed it so badly!

It's always awesome running with a friend! I'm so thankful to have someone who runs my same pace! Thanks Holly! :-) Yeah...don't you just love my red eyes? The sweat got in them and they were stinging so bad! 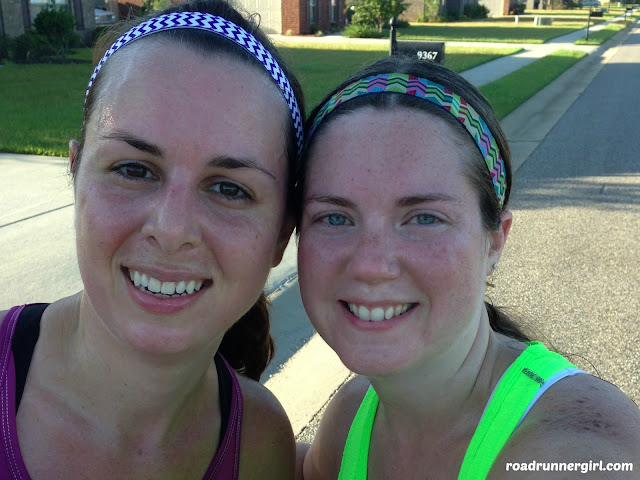 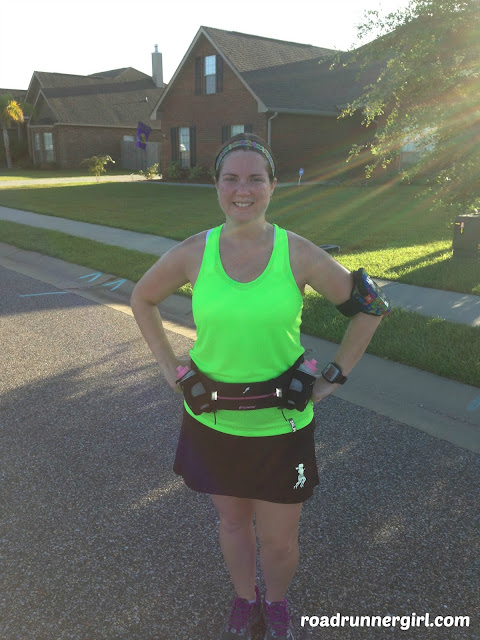 6 miles were done! And those miles were awesome! Running is starting to feel amazing again! Yay! 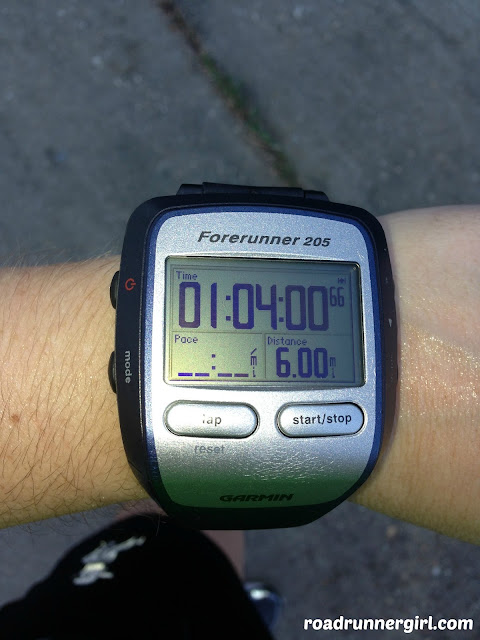 The rest of the day was spent relaxing with the family! That night we took the boys to see the new Disney movie Planes! It was super cute and the boys loved it! But I wouldn't expect anything less from Disney! ;-)

QOTD: Does running come natural to you? Or do you have to work hard at it?