Now that half marathon training has officially started, several of you have asked what races I am planning on doing. I have 4 more races to run to complete my goal of running 13 races in 2013.

*Gulf Coast Half Marathon in Mandeville, LA on October 20th

I've run this race two times already...in 2011 and 2012. In 2011 I had a stomach bug two days before the race and last year I had a slight hip injury. So I'm hoping this year is my year! I want to run this one injury free and issue free lol!

*Pensacola Half Marathon in Pensacola, FL on November 10th 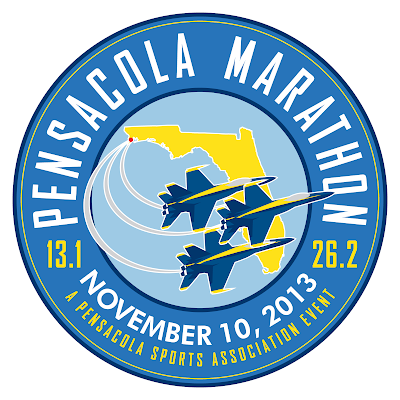 This is another race that I've run several times! It actually was my very first half marathon in 2010! The hills scared me so I didn't run it again until last year. It is a very organized race with a gorgeous route. And one of my favorite parts...you get a Subway sandwich at the finish line!!! :-) 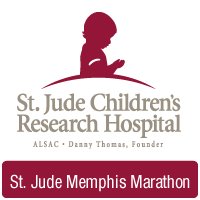 This will be my first time running this race and I am so excited! I have wanted to run this one for a long time. I know it will be a very emotional race...especially when we run by the hospital. I am dedicating this race to my cousin's little boy Eli who is a cancer survivor. This is also the first race I have ever done fundraising for. I need to step it up and reach my fundraising goal...I'd love it if you'd donate! No amount is too small to help the children at St. Jude! You can donate HERE on my fundraising page. :-)

*The Biggest Loser Half Marathon in Panama City Beach, FL on December 29th

I'm really excited about this one too! I am a huge fan of The Biggest Loser!!! I think it's awesome they have a race series! And I love Panama City Beach too! I used to live there when I was young. My friend Paige is running this one with me and I know we are going to have a blast!

I'll have some giveaways coming soon for The Biggest Loser Run so be sure to stay tuned!

So that's my schedule for this fall! I'm really excited about all of these races!!! And I already have races lined up for 2014 too....but I'll tell you more about those in a later post! Do ya think I'm a little addicted to racing???? ;-)

QOTD: Have you ever run any of these races? Are you running them this time?