7 Miles...and the Escape from the Dog!

As you know I've been dealing with a knee and hip injury. Dr. Justin told me I could run 7 miles this past weekend. Technically it is taper week for the St. Jude Memphis Half Marathon. But I was ready to get in those 7 miles (while the rest of my training group was only doing 5 miles). I needed a little bit of confidence that I could at least run half way and be fine. I know I will have to walk some during this race. Due to my injury I am not trained as well as I'd like to be. But I am just thankful that my injury is getting better and will allow me to even do the race!

After enjoying the Thanksgiving weekend, we decided to run early Sunday morning. There were only 4 of us running. The other 3 ladies were only running 5 miles but I was ok with running the last 2 by myself. It was a cool morning...much cooler than I had prepared for. I was so excited to be wearing my Auburn running clothes (after that amazing win the day before) that I didn't realize how cold it actually was! Laura came to my rescue and let me borrow a jacket and some gloves...thanks so much Laura!!!

The run started out great! The knee wasn't hurting and there wasn't any tightness...yay! And it continued that way throughout the entire run! Before I knew it we were at our turnaround point at mile 3! We ran another mile and then stopped at our water stop.

The sunrise was gorgeous! But for some reason my camera kept fogging up! I'm not sure if it was because it was so cold outside or what. So I apologize for the yucky pics. 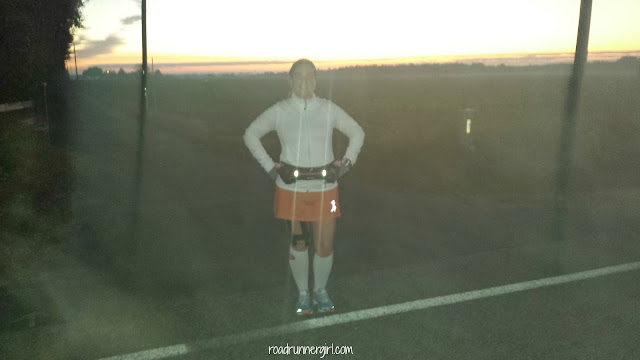 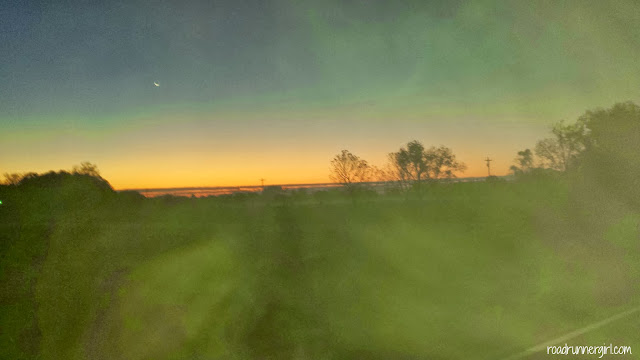 We ran a few more feet and then it was time for me to turn into another neighborhood so I could reach my 7 miles. My friends said goodbye and kept going. I remember hearing tons of dogs barking at them but I didn't think much about it. There were several dogs we knew of that were pinned up. About 5 minutes after leaving my friends my cell phone rings. It was one of my friends saying they got chased by a mean dog. They were all fine but she told me to stay in the neighborhood I was running in because the dog was right outside the neighborhood. She said to keep running and they were coming to get me. I was so thankful they were ok and that they were coming to rescue me! I had no clue how to defend myself from a dog!

About a mile later my friend pulled up. She wanted to walk a bit so told me to go ahead and finish my run. I had about a mile to go to finish my 7. It took going around and around the same loop a few times but I made it! My friend drove me back to my car so I wouldn't have to go past the dog. 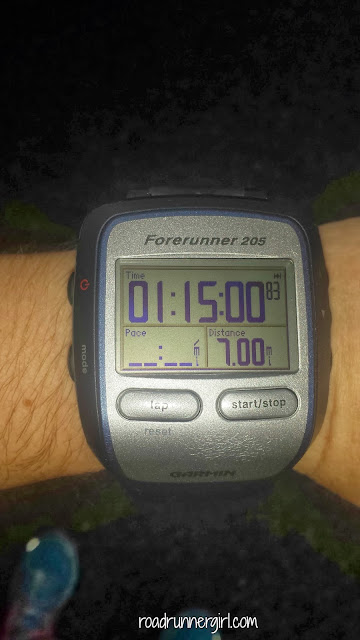 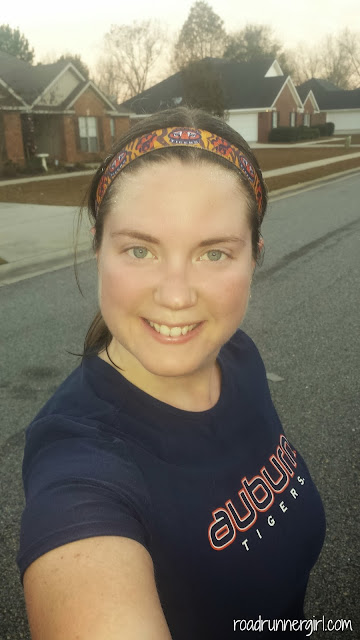 All in all...this run was awesome! It felt so good to run long again! I felt like I could have kept running so that's a good sign! The knee did great! And so did the hip! I made sure to ice and stretch really well afterwards. The knee felt a little achy the rest of the day but it never really hurt. It just felt like the lactic acid I always get after long runs. I'm hoping the half this weekend will be just as successful!

QOTD: Have you ever been chased by a dog while running? What did you do?