This past weekend I traveled to Memphis with my running group, Sole2Soul Sisters, to run the St. Jude Memphis Half Marathon. I was a little leary about the forecasted weather...they were predicting an ice storm on Friday, the day before the race. Race day looked fine...just super super cold. I wasn't worried about traveling because we were headed up there on Thursday before the ice storm occurred.

Travel time for us was about 6 and a half hours. And it was on some back roads in the deep country lol! We made sure to fill up with gas and use the restroom and one of the places in Mississippi that one of our friends told us about. Because after that...there weren't any restrooms or gas stations to be found!

For lunch we stopped at Subway! Yum! And I took my photo with Peeta from The Hunger Games to help fight world hunger! ;-) 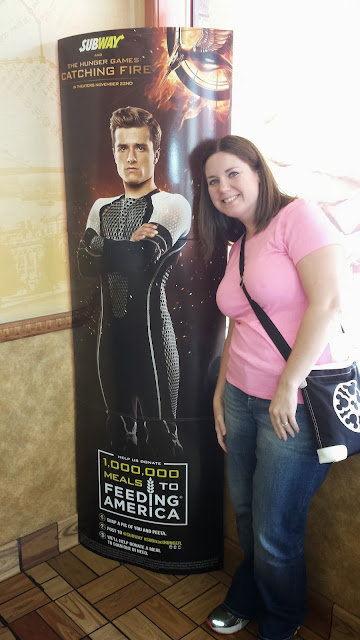 We then got back on the road. And we noticed that the temperature was dropping! It went from 72 degrees to 48 degrees in less than an hour! WOW! The closer we got to Memphis...the busier my phone got telling me about the ice storm warning. It was seriously starting to freak this Gulf Coast girl out!

I thought these clouds looked like snow clouds (but really...what do I know since I've never seen real snow)! 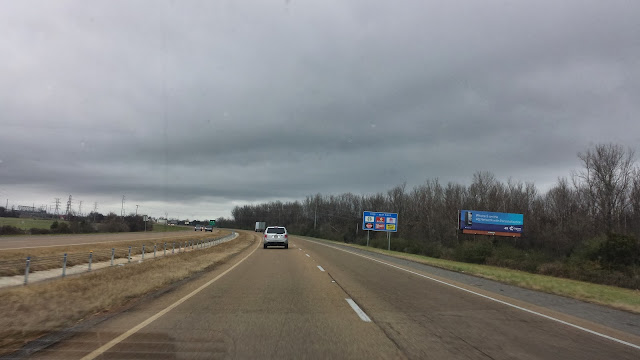 Finally we made it into downtown Memphis and headed straight to the expo! I was so excited to see all these cute little trolleys everywhere on Main Street! 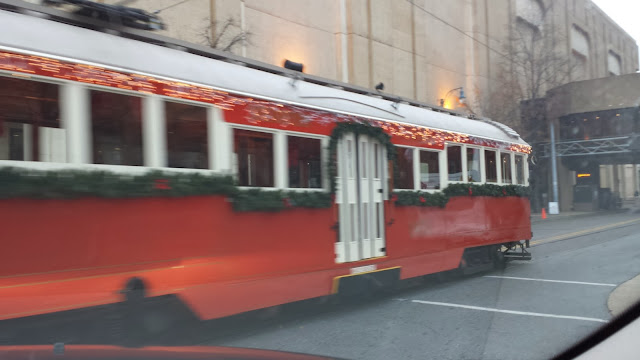 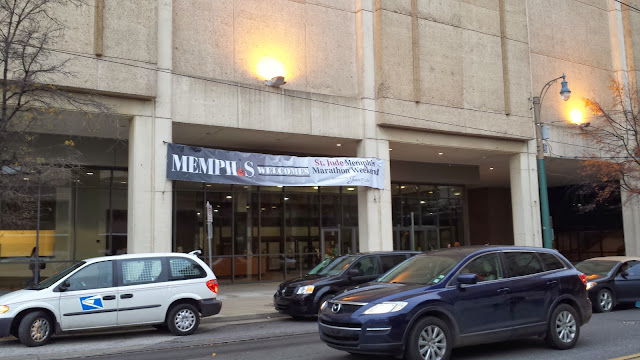 The expo was located at the Convention Center and was super easy to find. It was a pretty big expo which made me super happy! :-) 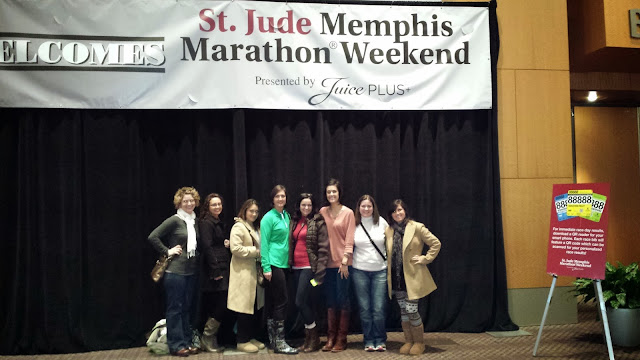 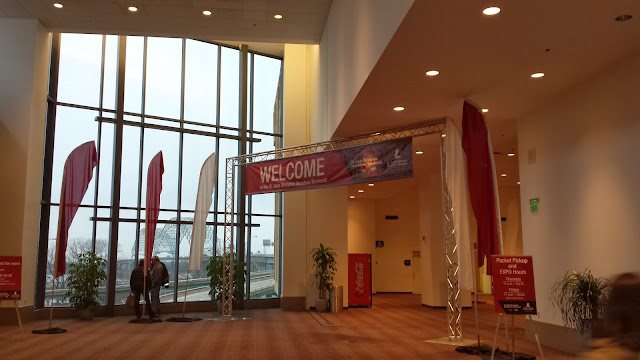 We were overwhelmed by signs telling us thank you for being a St. Jude Hero (someone who fundraised for the race). It was awesome and made me feel so special! 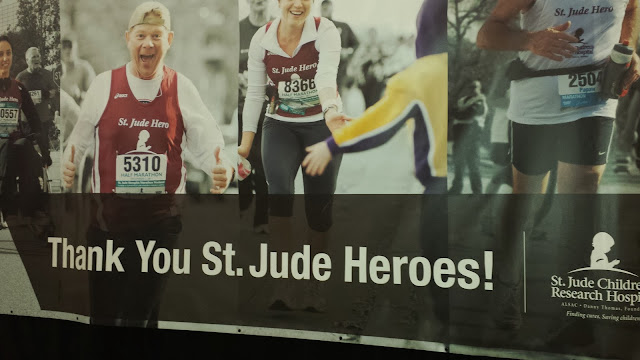 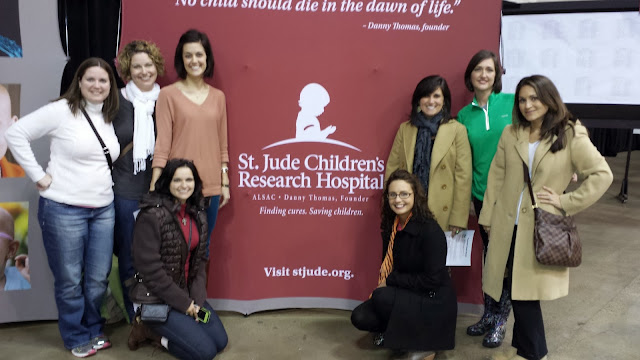 Similar to Rock 'n' Roll expos...you walked in and got your bib number first. Then you went through the official merchandise. 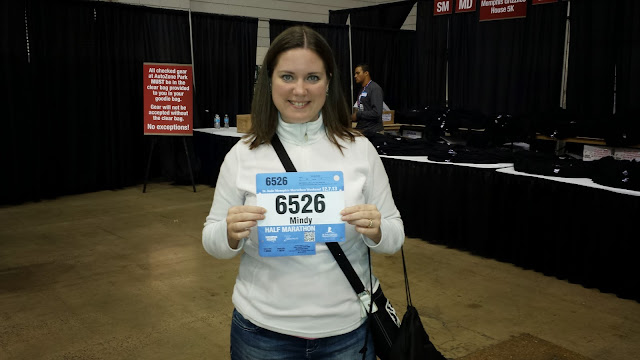 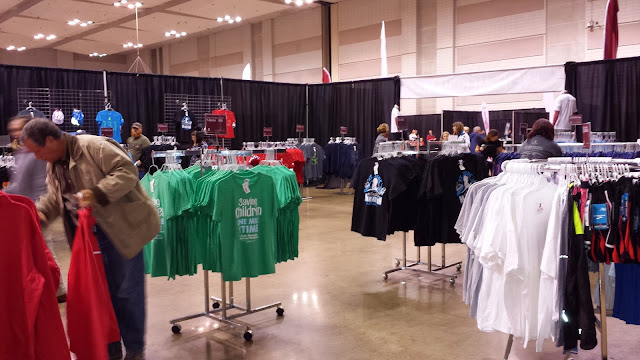 I saw tons of things I wanted of course! But I only bought a Christmas ornament that was super cute!

After paying for our official merchandise, we entered the expo where all the vendors were. There were tons of great vendors there! 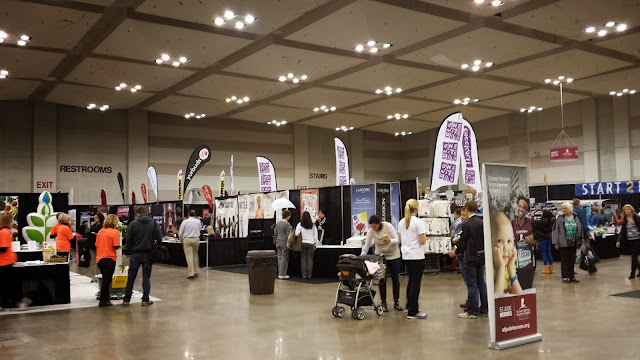 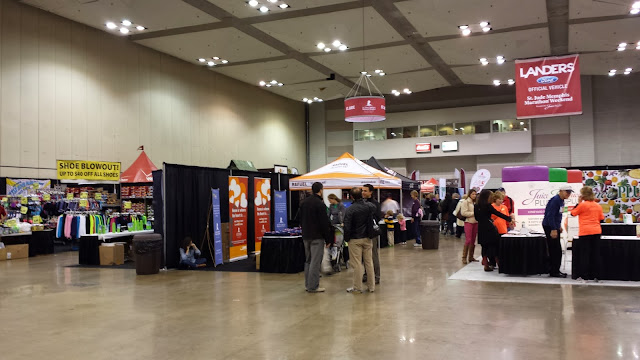 I was excited to officially meet Danielle from Running Luv! She sent me her product this summer to review and I just haven't gotten around to it yet. I made sure to apologize but she was super understanding. So...a review soon I promise! ;-) 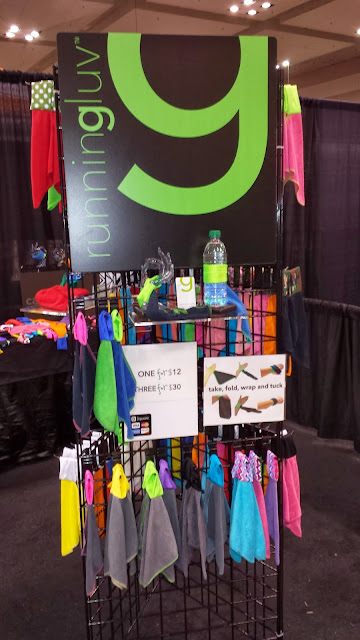 Angela and I took our picture with some really awesome signs! 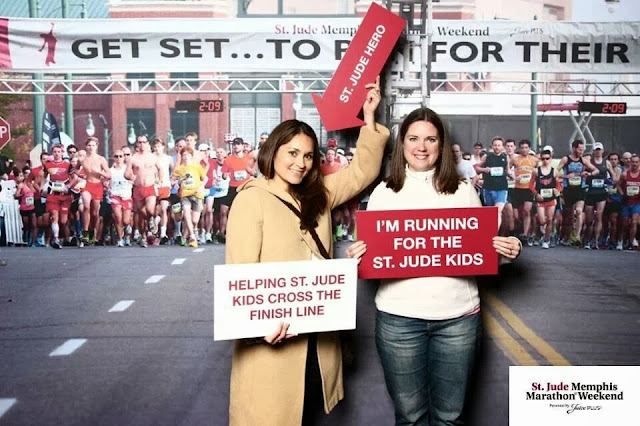 The coolest part of the expo was the car that had every St. Jude Heroes name printed on it!!! WOW! 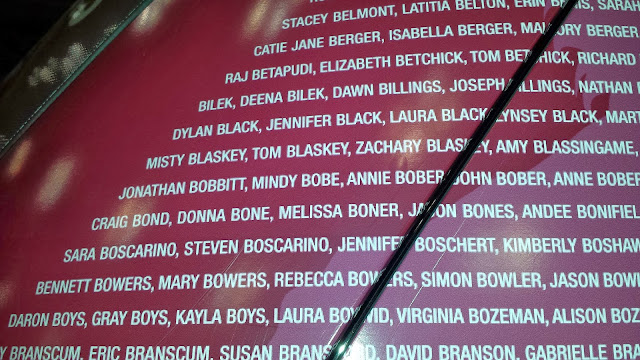 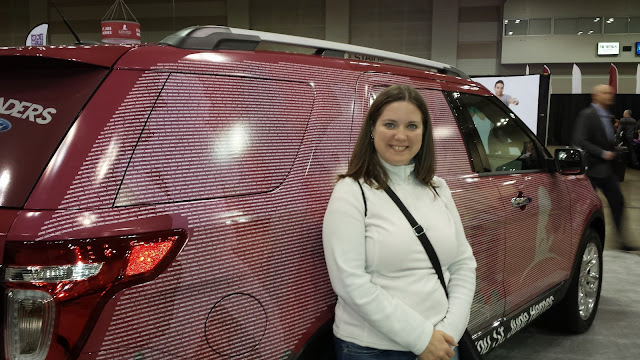 After the expo we were all starving so we decided to eat dinner before checking into our hotel. We asked some of the St. Jude volunteers for some suggestions on good places to eat. We boarded the trolley to take us to the restaurant...and yes we were a little too giddy about riding a trolley! Hey...they don't have those where I live! 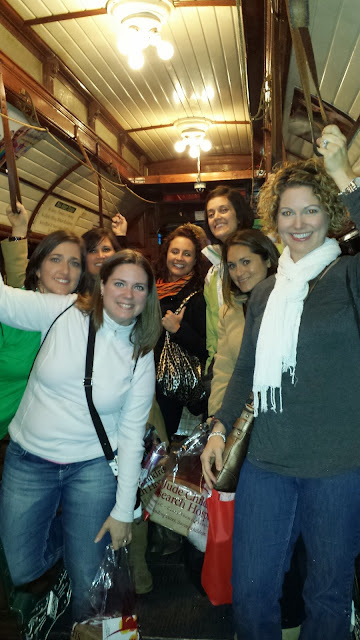 We went to a restaurant called Local Gastropub. 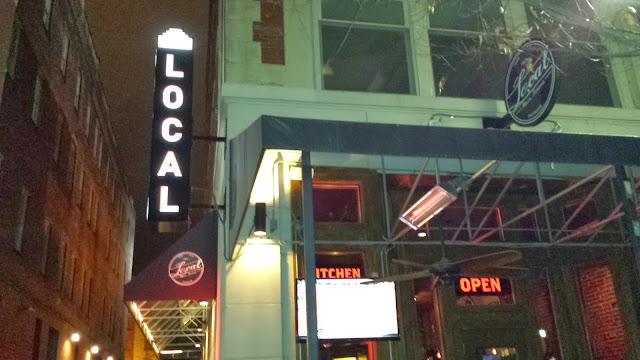 The menu looked amazing! It was hard to choose! I finally decided on a hamburger because we were told they were known for their burgers. 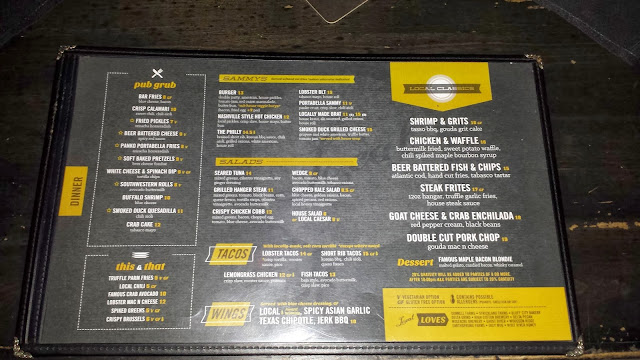 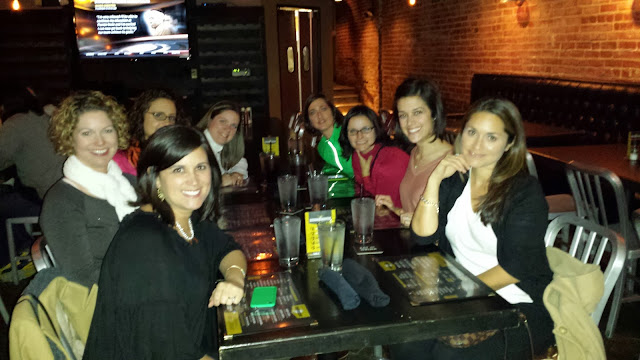 The burger did not disappoint! So tasty!!! 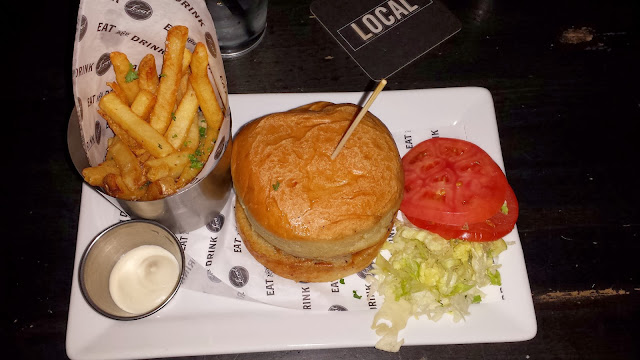 After dinner we rode the trolley again (yay) back to our cars. We headed to the hotel to check in. I was rooming with Holly, Melanie, and Kelly. They were going to be arriving late so I had some time to myself. I called Andy and the boys and then unpacked. I was super thankful to finally be in Memphis and ready to run for those sweet children at St. Jude!

And I LOVED seeing this Christmas tree right outside my hotel window! 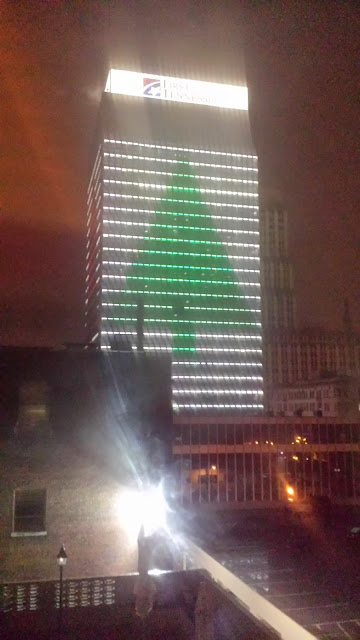 Stay tuned for more posts about my time in Memphis!

QOTD: Have you ever been to Memphis? What was your favorite thing about the city?