This weekend was a 10 miler one with Andria! We didn't want to have to wake up as early as we did last weekend so we decided to run an hour later! This was no big deal because the weather was so nice! The temps were in the low 60's...perfect running weather!!! It actually felt like Fall around here!

Andria asked me to plan the route and she would drop water for us. That sounded great to me since I LOVE planning routes! I decided we would run one of our favorite routes...down Main Street! There are some hills on this street but we didn't have to hit a ton of them...only a few. :-)

The run started out great! It was so nice to be able to see where we were running since the sun had already started coming up! As always, Andria and I had lots to talk about! That's what I love about long runs with friends. It's girl time but you're active while you're doing it!

Before we knew it we had reached mile 3 and our first stop for water. This picture shows you how fabulous the weather was....we had already run 3 miles but you can't see any sweat on my skirt or shirt! That's unheard of around here lol! 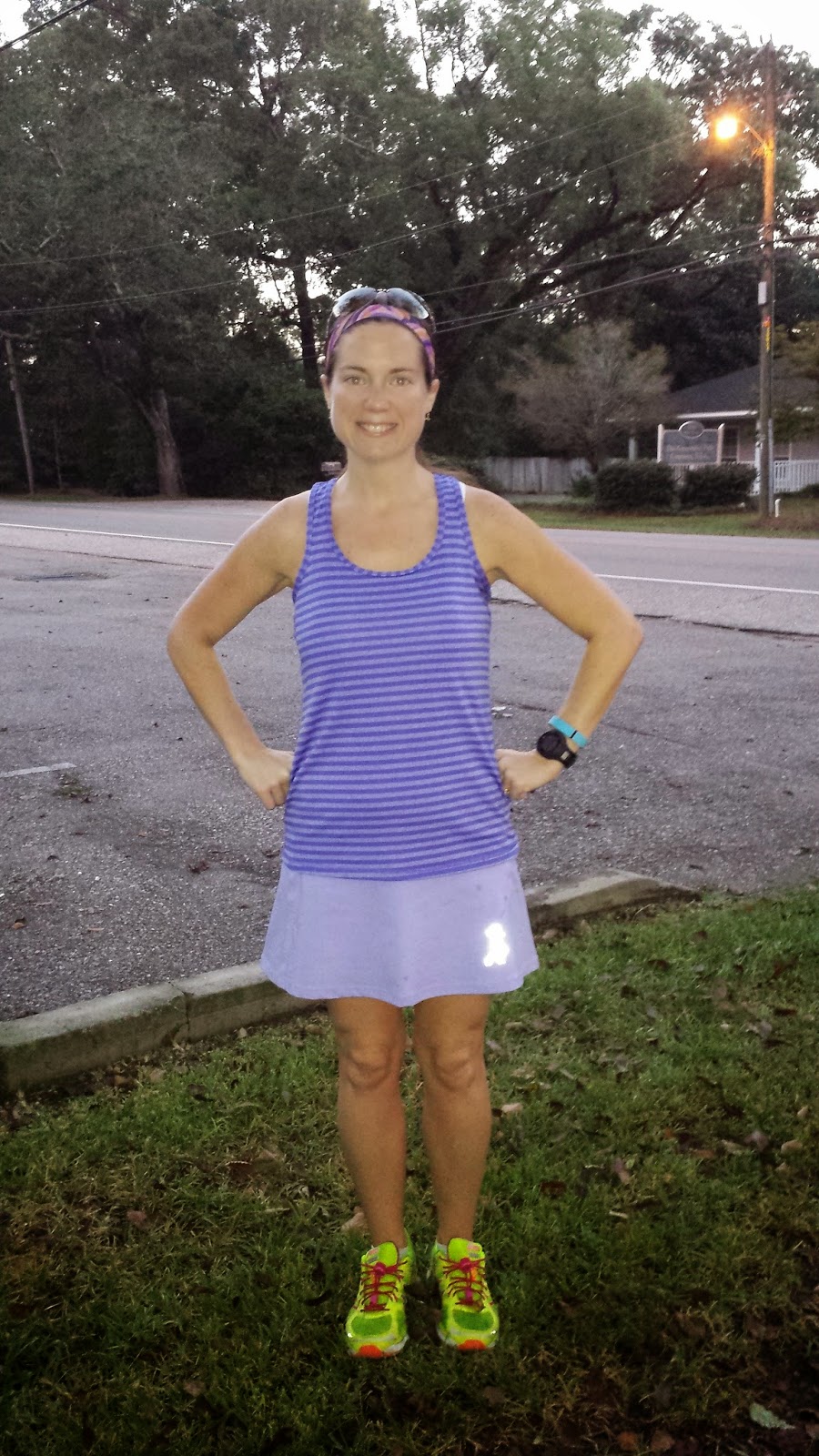 After water we kept heading down Main Street for another 2 miles. We would turn around at mile 5 and head back home. We passed so many people running. It was great seeing everyone out there enjoying the weather! These next few miles were where the hills came in. It's funny how hills don't hurt as much as they did 35 pounds ago! ;-)

At mile 5 we turned around and starting heading back. I think I talked Andria's ear off this entire run lol! But it passes the time and you hardly think about the run. We stopped at mile 7 for another quick water stop. By now the sweat had started to form! ;-) 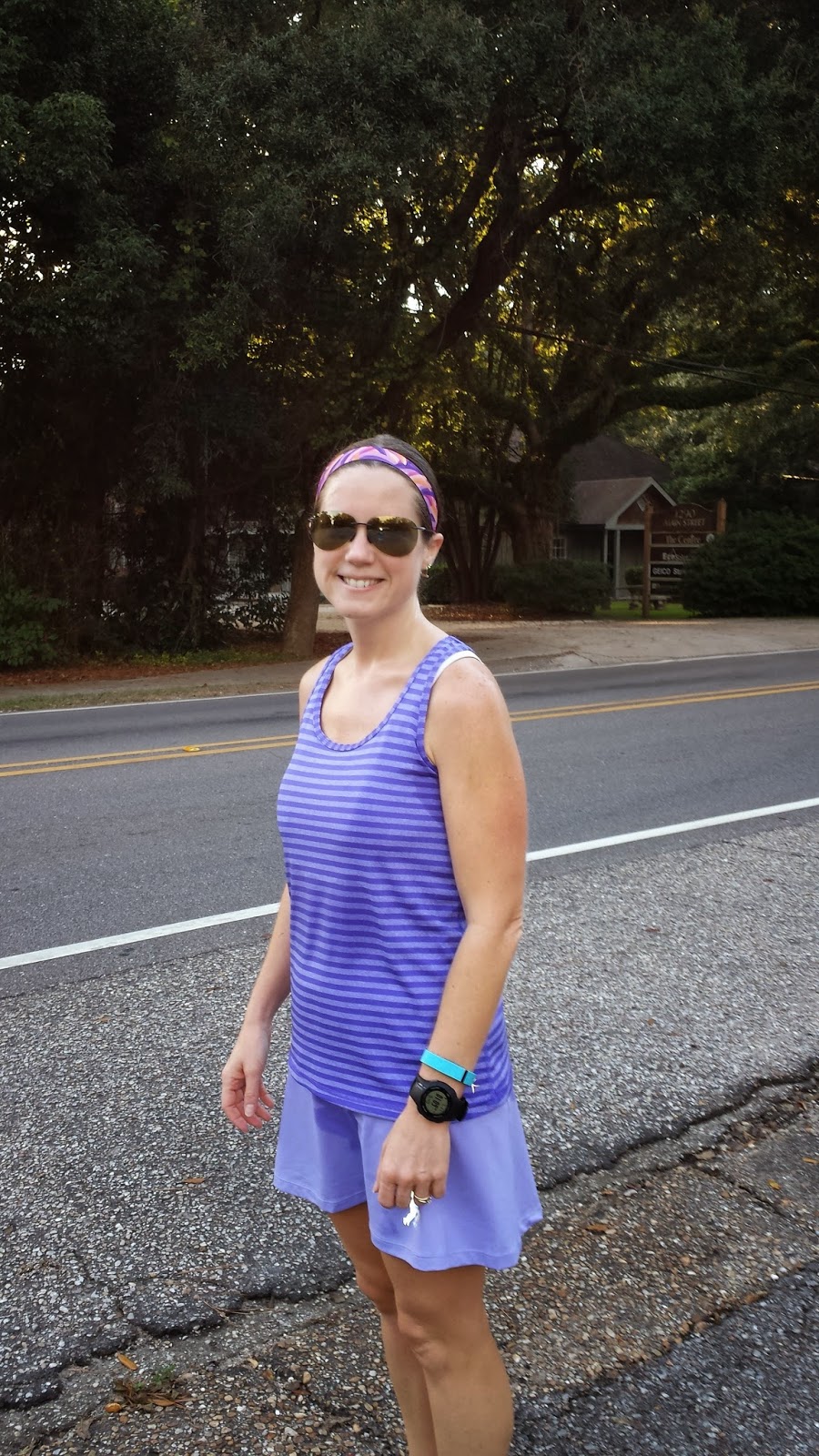 We only had 3 more miles to go! We were running at a strong, feel good pace. And then all of a sudden a fierce wind came out of nowhere! It was a little harder to keep our pace against that wind! But we did it! Before we knew it we had made it back to my house...and completed our 10 miles! :-) 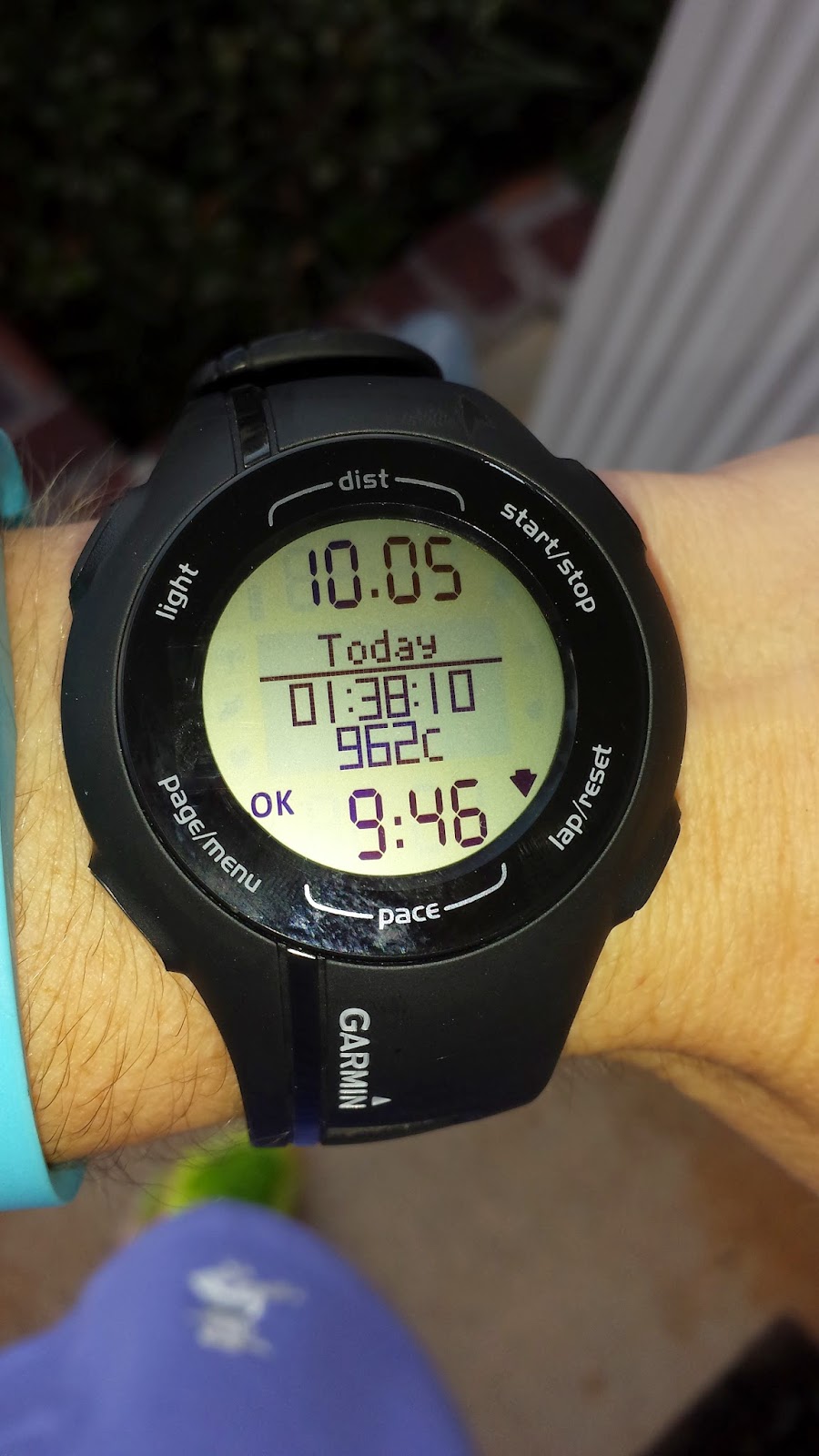 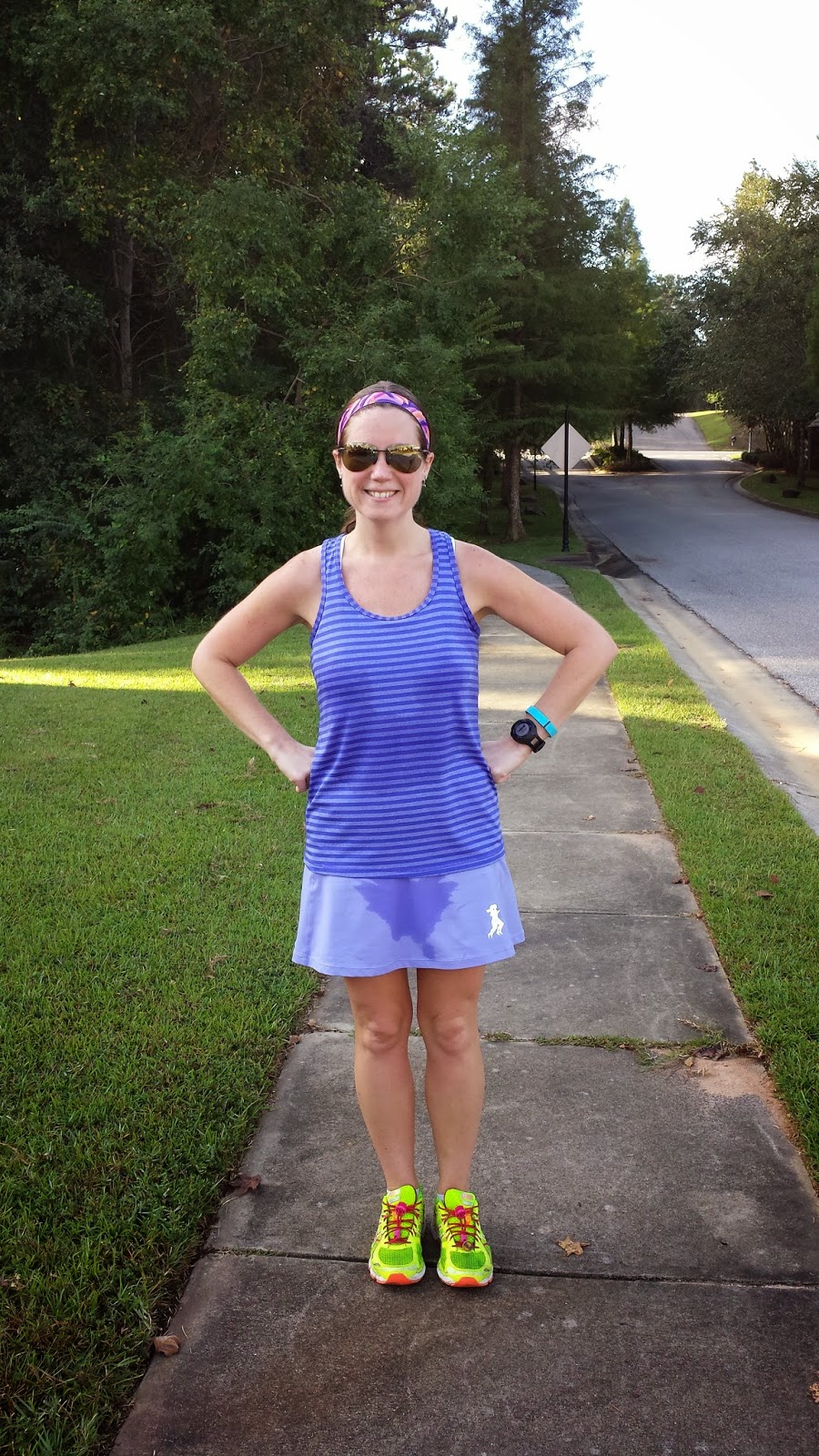 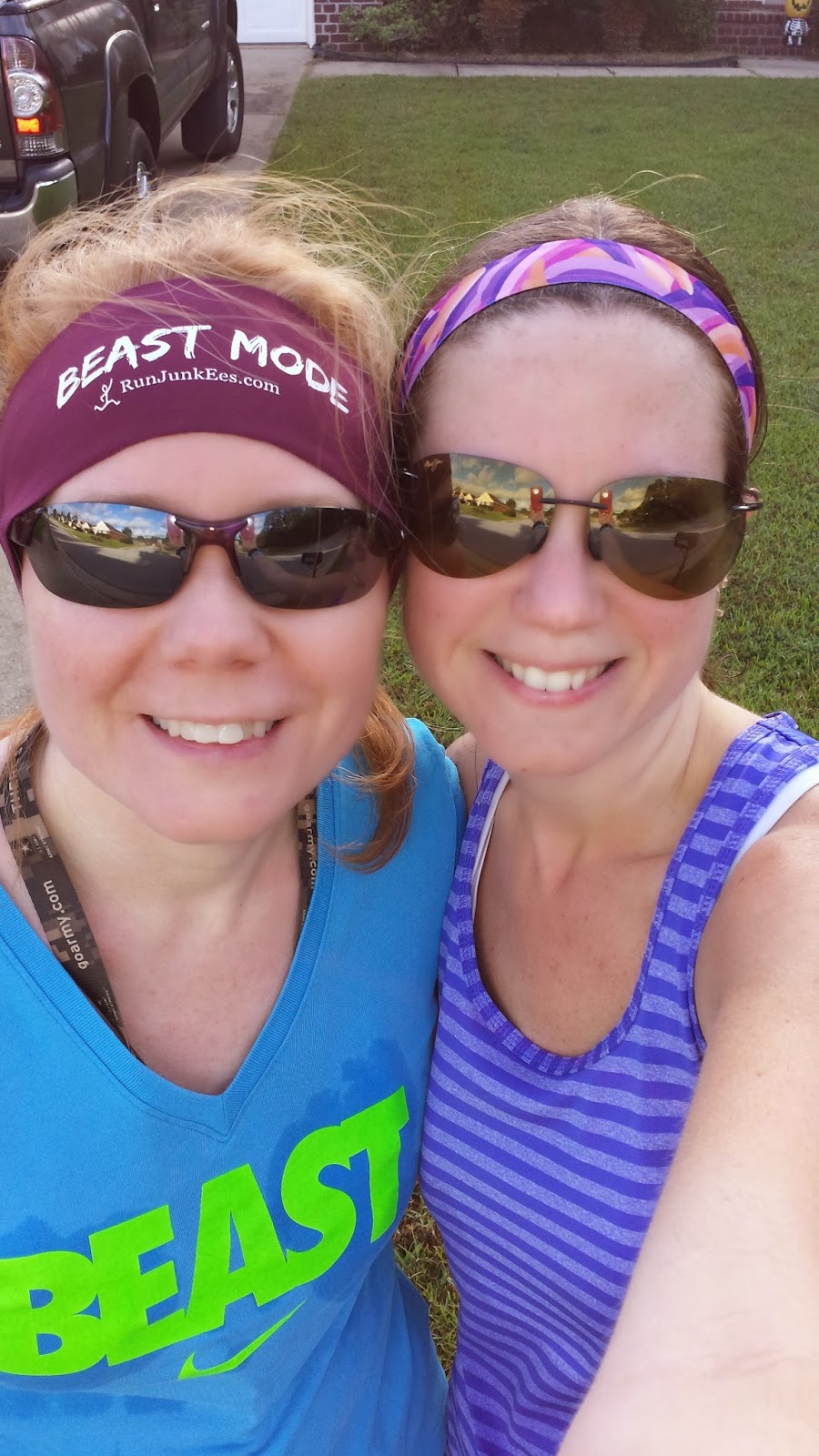 It was a great run! I'm so thankful for my friend Andria! I love that we both run the same pace, we both have lost weight recently, and we both like to run at a later time lol! I just wish she could run the Gulf Coast Half Marathon with me in 2 weeks but she couldn't work it out. :-/ 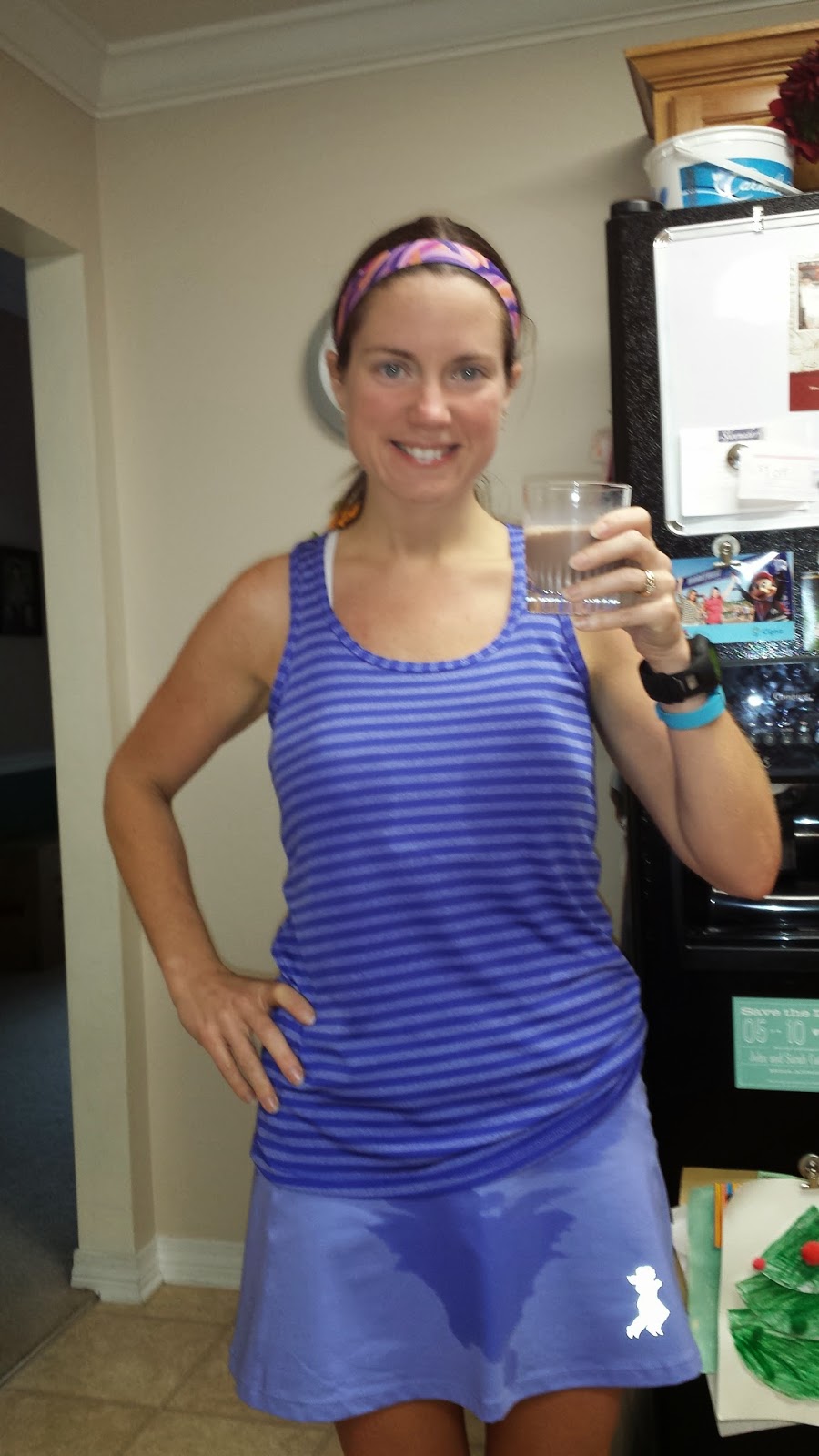 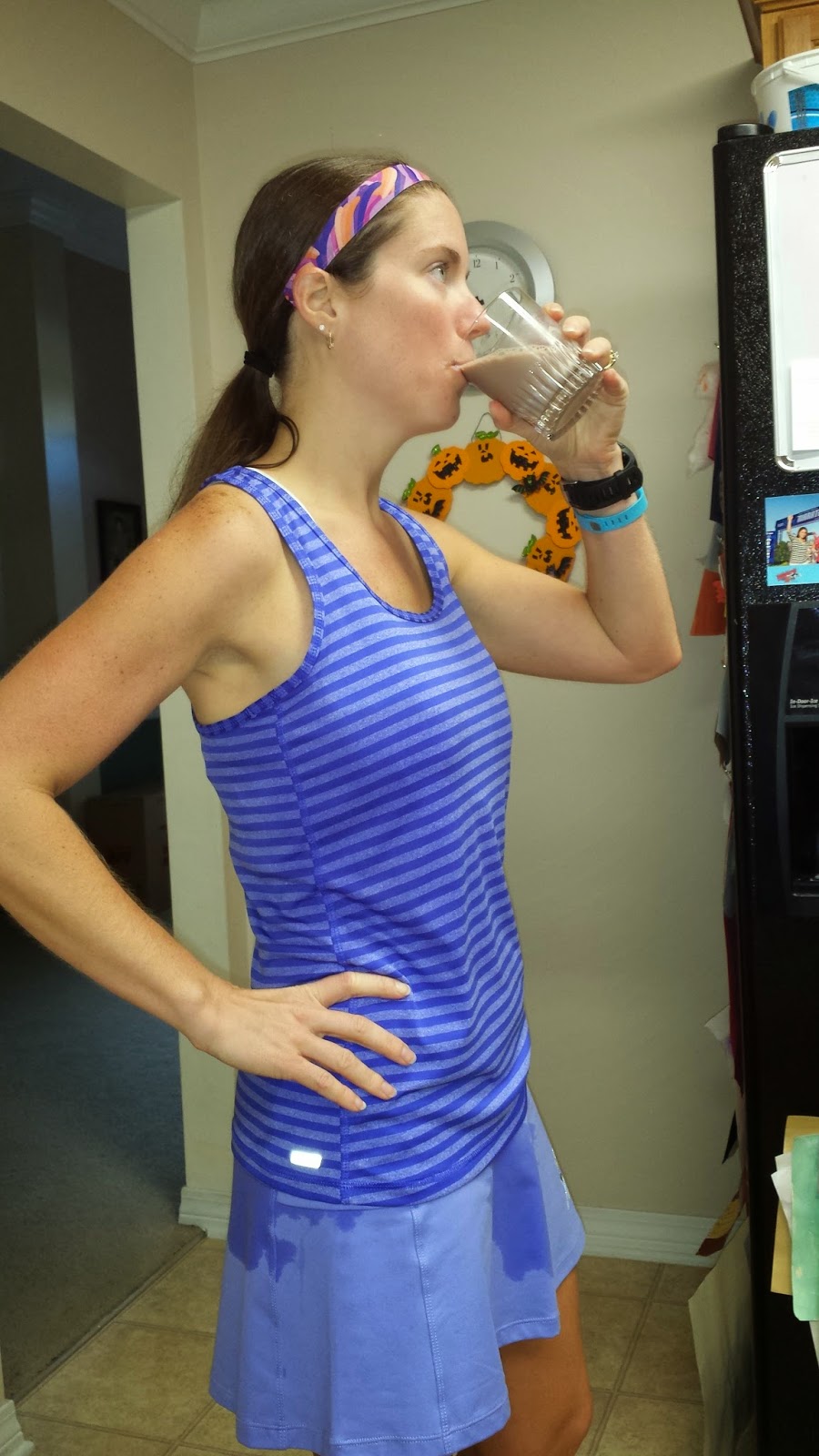 The rest of the day I did a great job of refueling as well. I ate way too much that day (I still stayed within my calories but almost ate all of the ones I burned back...yikes)! I enjoyed two chocolate chip cookies at my sister's house...so good! ;-)

QOTD: What is your favorite route to run?