12 Miles on the Causeway!

12 miles was on the schedule for this past weekend's long run. I was a little worried about this run because my right foot had been a little sore. I tied my running shoes too tight one day last week and it made my foot hurt. I've done this before so I knew the soreness just had to work itself out. But you know how it is...you always have that worry in the back of your mind that you may be getting injured.

We were also running a new route. Or at least it was new for me. Some of my sisters run this route quite frequently but I had never joined in.

We were running the causeway. You know....the road that connects the Eastern Shore to Mobile, AL? That very busy highway? Yeah...that's the one. When I told my hubby that was where we were running he responded with, "Well that's just stupid." Thanks babe. I appreciate that.

So I had to wake up super early for this run and drive about 15-20 minutes away. And yes...I was driving the route. The first thing I thought was how dark it was. And that I KNEW people saw alligators on this stretch of road quite frequently. And there was a lot more traffic than I expected that early on a Saturday morning.

Then my phone buzzed at me. It was a text message from Andria: 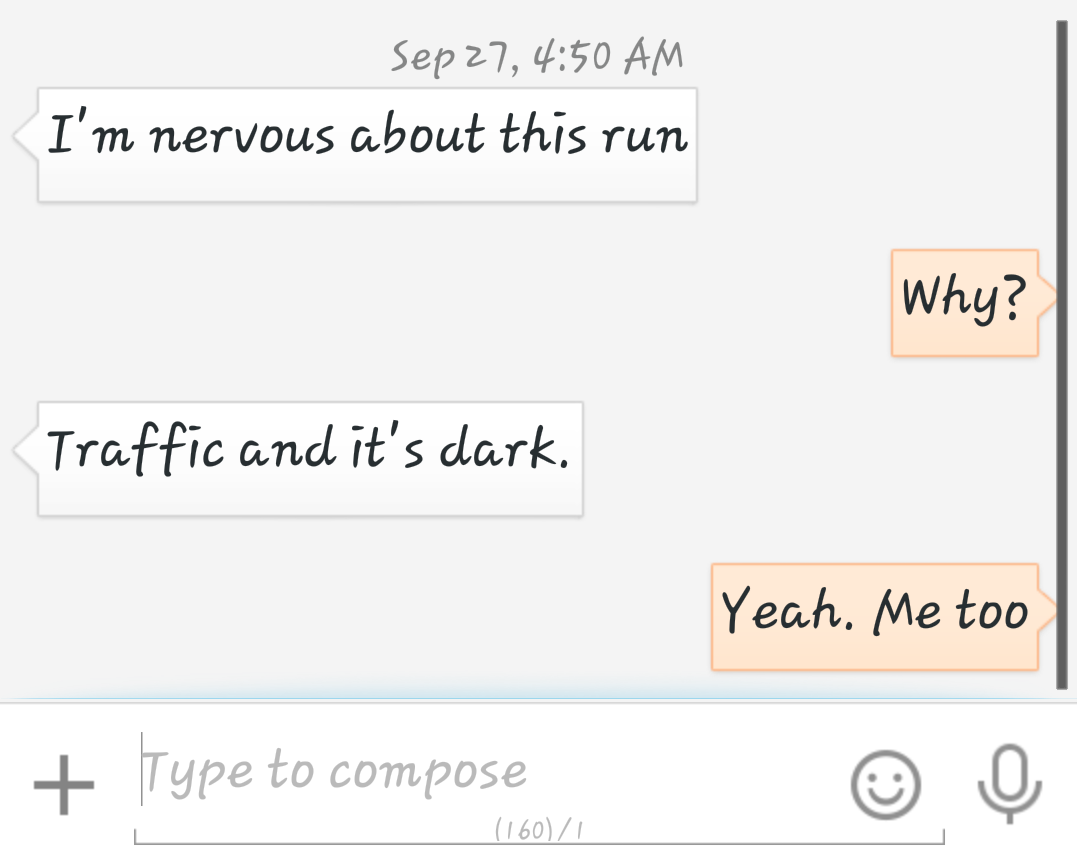 Andria was thinking the same things I was thinking. We were a little scared. Yes we were running in a group. But Andria and I have been running a lot faster and we knew it would most likely just be the two of us running together. The other girls assured us that it was a great route! They said it was so pretty seeing the sunrise and being near the water. That helped ease the nervousness a little. But I still prayed that we would be safe.

The weather for this run was great! The temperature was in the 60's and there was a breeze coming off of the water. It was still pretty humid though.

The run started by the Battleship. We immediately had to conquer an obstacle...our first of 3 bridges (and that was only on the way out...we would have to run across them again on the way back). And yes there was a hill involved. But since we were so nervous...I didn't even feel that hill lol!

The first 2 miles were pretty lit up from all the businesses around. But then...it got SUPER dark. I ended up using the flashlight on my phone so we could see where we were going. I will admit that it was pretty scary and I didn't like it. We stopped for water around mile 3. We didn't linger long. We had 3 more miles to run before we could turn around and head back to the Battleship.

We were running right by the water for a lot of the time. And there were tall reeds and tall grass right by where we were running. I kept hearing them rustle in the wind and just knew an alligator or snake was going to attack me at any moment and I wouldn't be able to see it!

Finally we made it to mile 6 and our turn around point. Here we had another water stop. We drank quickly and gobbled down a few Honey Stinger chews. The sun was just starting to rise. 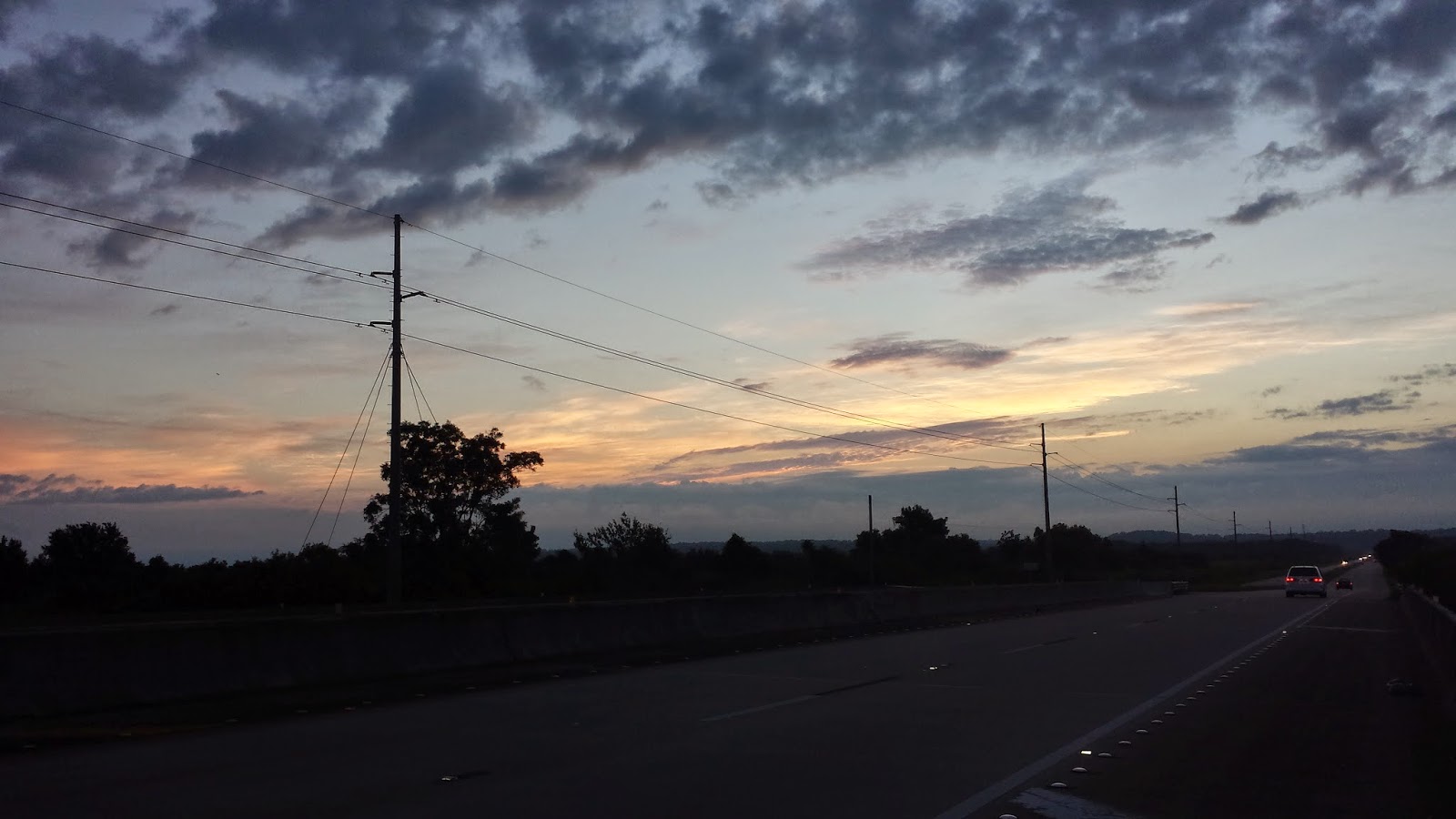 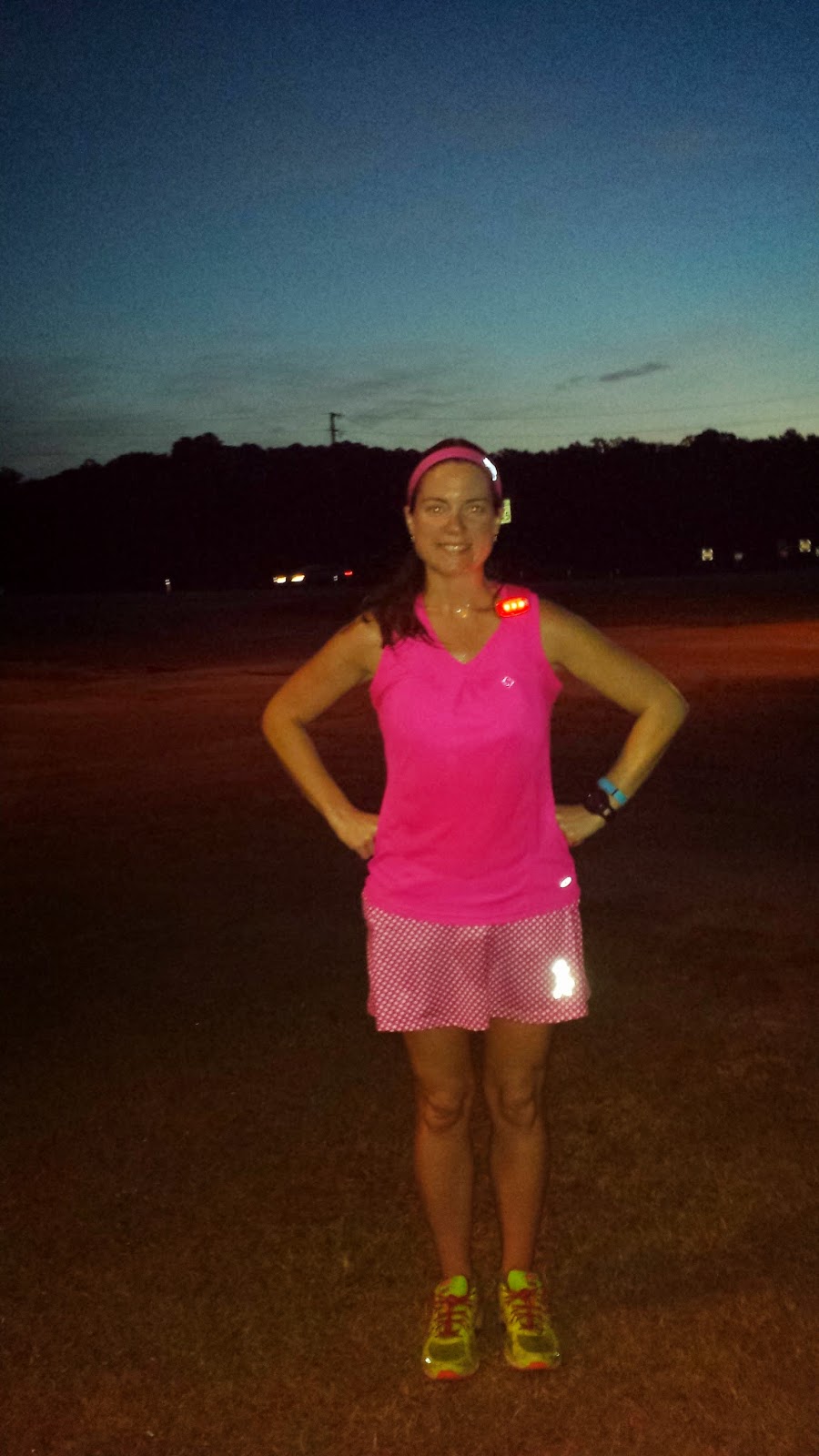 We headed back to the Battleship. And it was so much nicer being able to see! I was so thankful the sun had come out! We passed our Sole2Soul Sisters! They all looked fabulous! It looked like we were about 2 miles ahead of them.

The run back WAS very pretty! The sunrise over the water was awesome but there were clouds in the sky that blocked a lot of it. But running by the water was gorgeous! 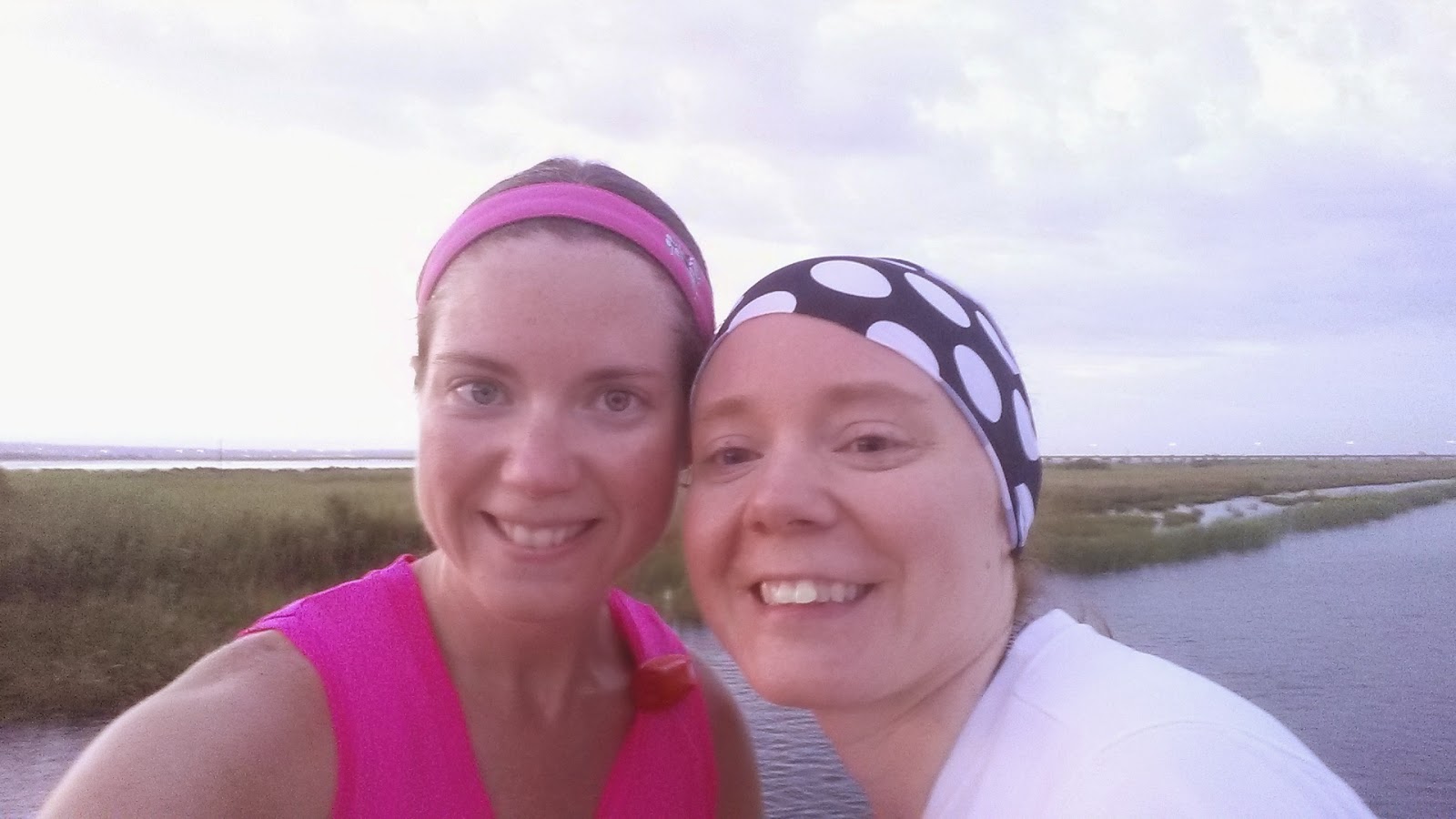 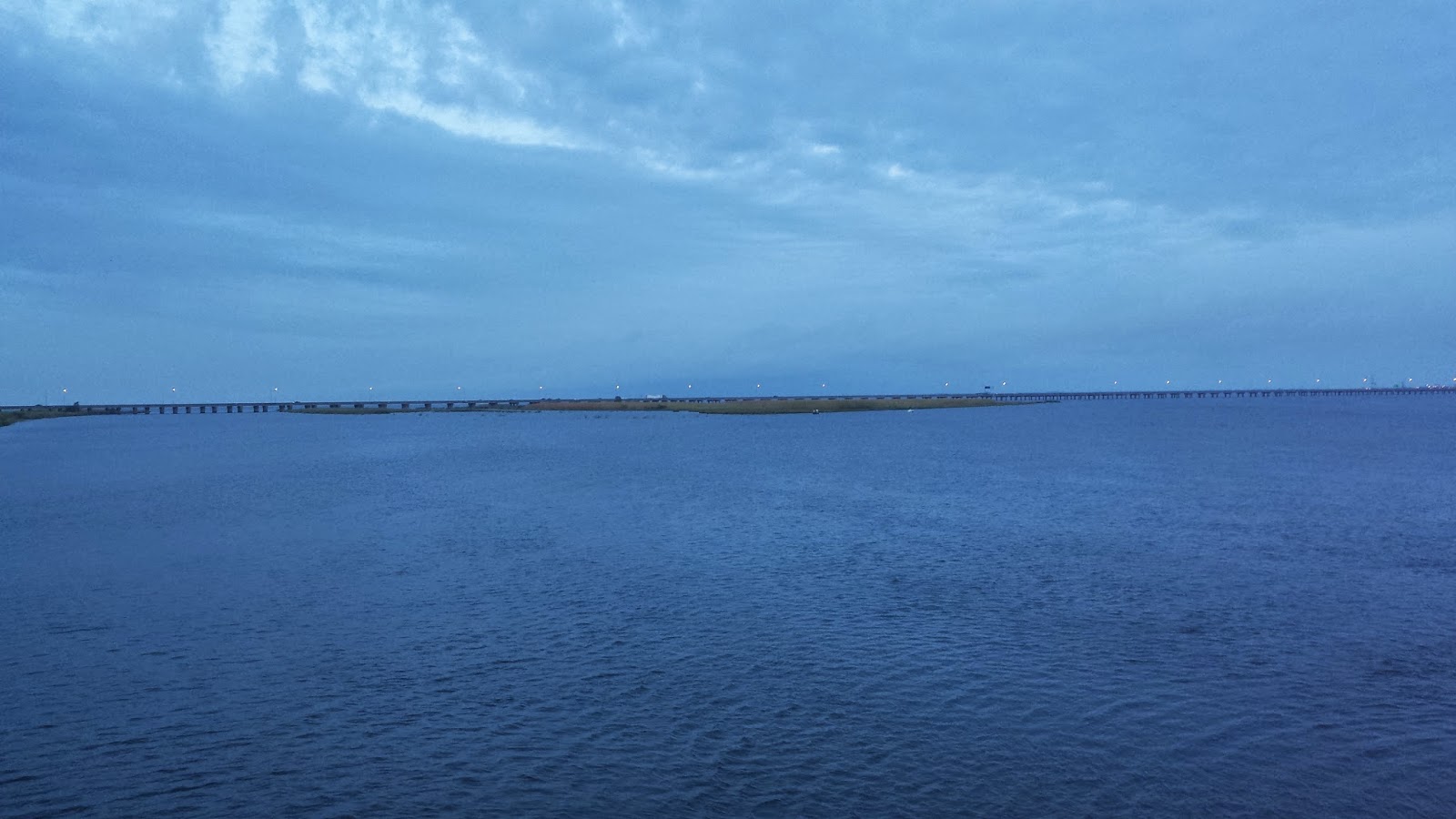 Before we knew it we were back at the Battleship! We did it! We ran our 12 miles and we ran on the causeway! Despite it being super dark for half the run it was a really great run! I felt amazing the entire time and my foot didn't hurt once (and still to this day it doesn't hurt thank goodness)! 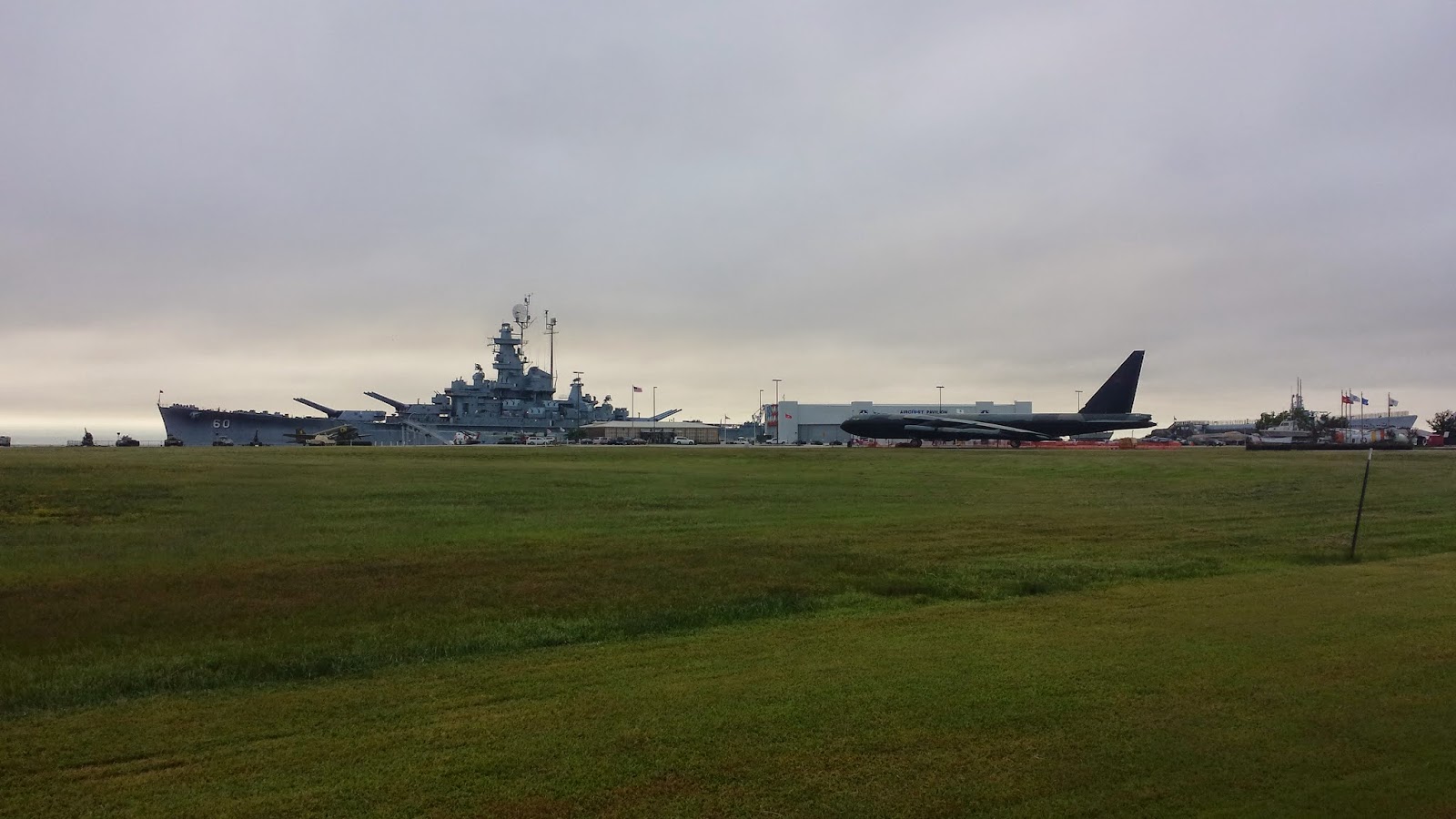 You can see how windy it was by how hard my skirt was blowing lol! I was freezing after the run from being so sweaty and the wind blowing! 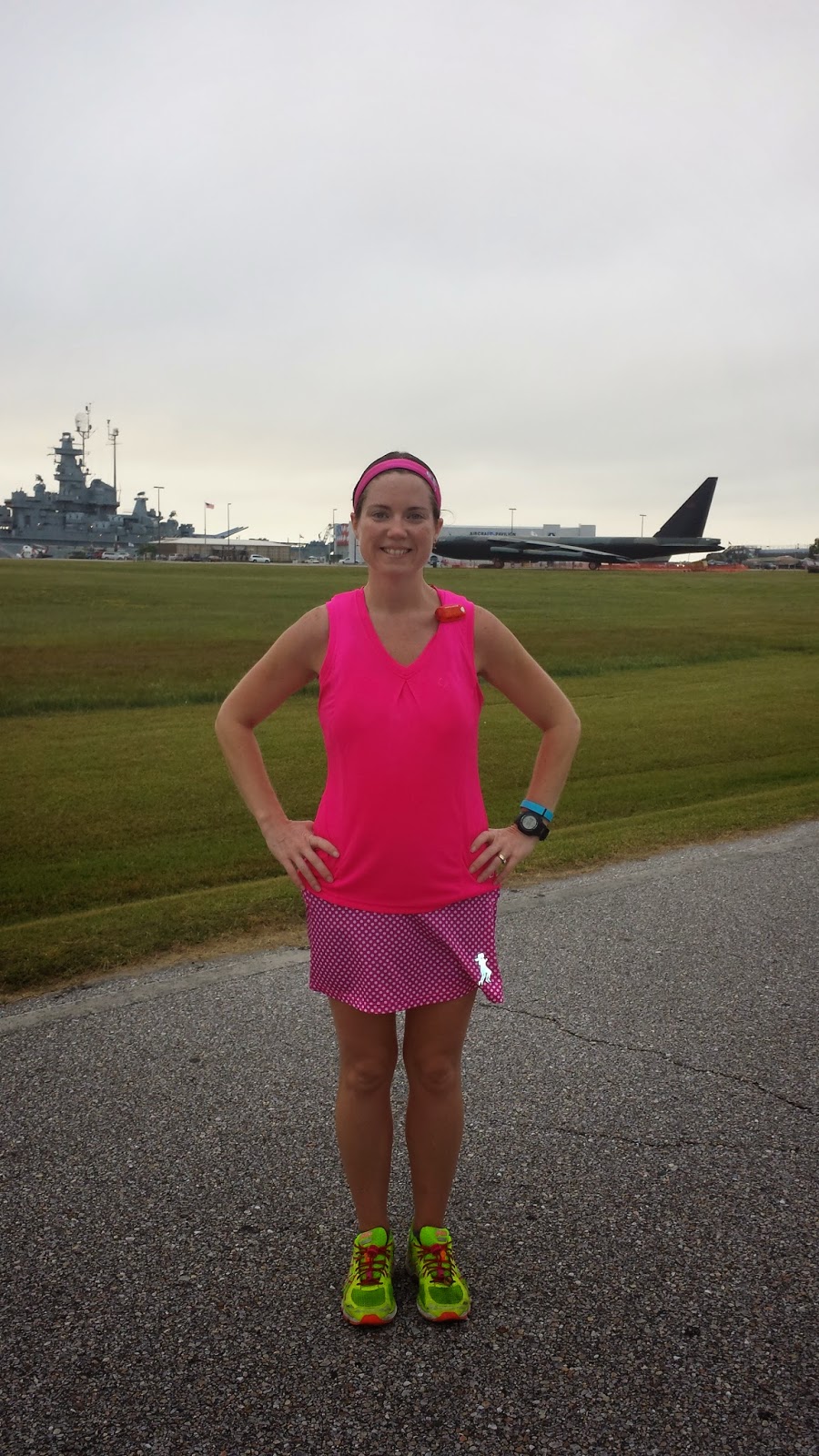 I was super happy with our pace for this run too! Under 2 hours!!! 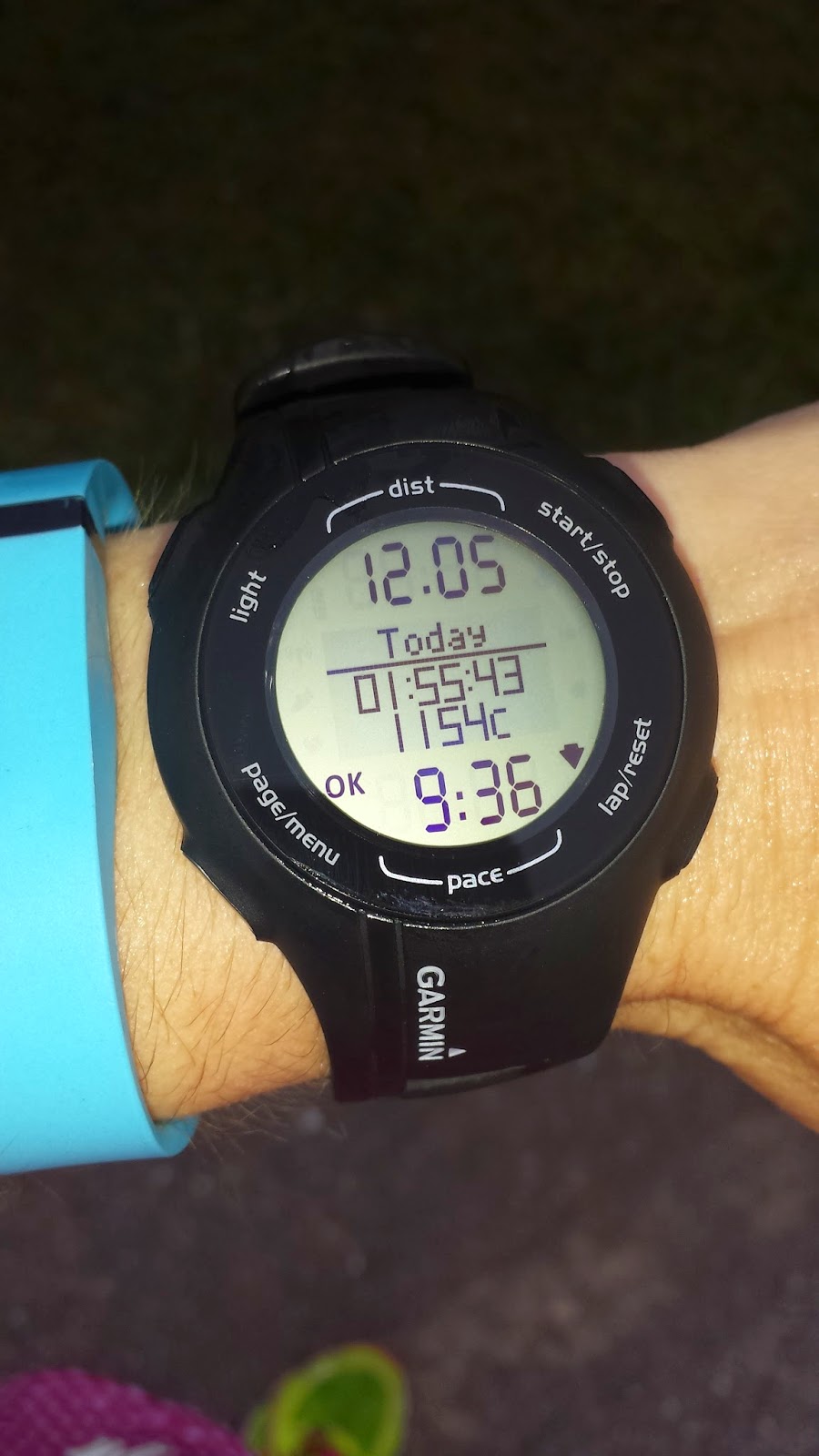 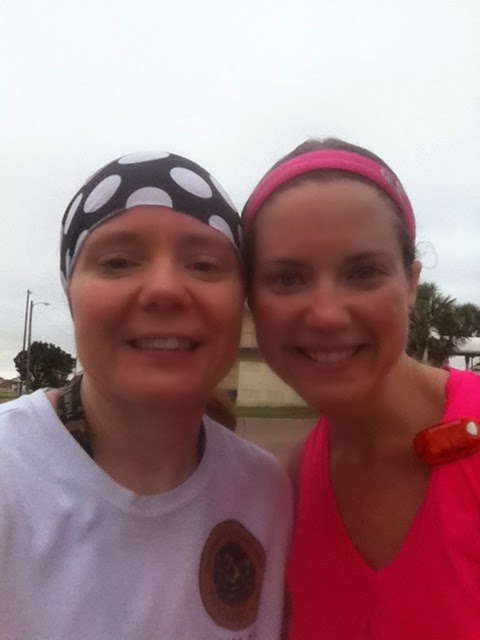 Andria and I both said we enjoyed this route more once the sun came up. We both agreed that we could say we had run the causeway now. If we never ran it again that would be ok lol! I DO know that if I do run it again I won't begin until sunlight. The traffic got heavier but I never felt too unsafe. There is a wide lane on the edge of the road that we ran on. It's almost like a bicycle lane although it's not considered one. It was more the dark and the idea of wildlife that creeped me out about this route.

This 12 miles was my last long run before the Gulf Coast Half Marathon! Now it's taper time! :-)

QOTD: Have you ever run a super busy highway or causeway like this one? Did you enjoy it?