How's everyone's weekend so far? Mine has been great! We even got some cooler weather this weekend! It is starting to feel like fall around here...but on the Gulf Coast that doesn't mean it will stay that way for long. We could feel like summer again next week lol!

It's time for another runner spotlight...my favorite time of the week! I love reading other runners' stories about their running journey! If you are interested in being spotlighted on my blog please email me at mindy@roadrunnergirl.com! I'd love to spotlight you! You don't have to have a blog to be spotlighted...you just have to be a runner! ;-) And I'm running low on spotlights so now's your time to shine!!!

Today I'm spotlighting Frank from The Fat Runner! I'm super excited to spotlight Frank! He's one of my all time favorite people! I had the privilege of getting to meet him in person last January in Disney during marathon weekend! He was running his first marathon and did AWESOME! Keep reading to learn more about him and his running journey! 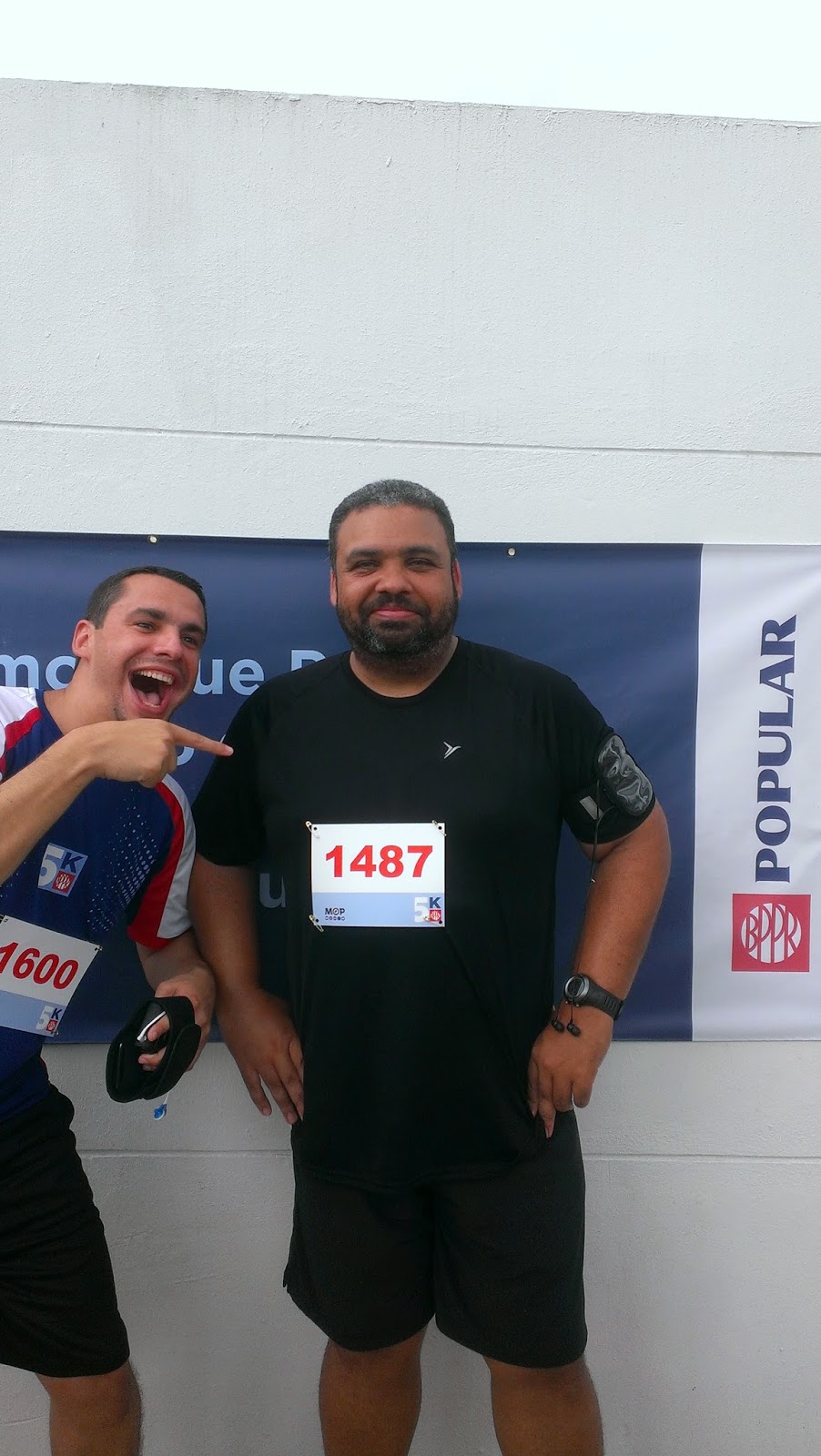 When and why did you start running?
At the beginning of 2012 I was looking for some form of exercise I could stick to regularly. Believe me; I never thought it would be running. I used to think I hated running, but two things happened that made me want to try it: First, I saw the contestants on the Biggest Loser running a marathon and that got me thinking “hey, if they can do that, I can too.” Second, I discovered through Heather Montgomery’s blog Running with Sass (now Through Heather’s Looking Glass) that Disney held all these different races throughout the year and that they are a pretty big deal. I love all things Disney so that kind of sealed the deal. That got me off the couch.

What is your favorite race and race distance?
It has to be either 10K or Half Marathon. I’ve only done one Half so far but it seems to be the sweet spot in terms of training and preparation. I can tell you what distance I like the least for sure! 5K’s are pure torture for a slow runner like me. But I love to hate them though.

What is your race day routine?
Obsess over the race the entire day. Because of the heat, races here in Puerto Rico more often than not happen in the evenings so I spend the whole day just fretting over whether I ate the right thing or am I hydrated enough or is my hamstring acting funny. I also usually fuzz about forgetting something I had to bring with me.

What is your most favorite piece of running gear?
My Garmin FR 410 watch. Best Christmas gift ever! I don’t fuzz with it too much during my runs but downloading the data into my computer and looking over the results and my progress is one of my favorite things to do. It really gives you a feel for your progress and a great sense of accomplishment.

Do you follow any diet or take any specific supplements that complement your running?
My whole family is making an effort to eat healthier. Cooking more at home, less fast food and soda… I try to make small changes. Anything too big will probably not stick so my focus is on small and permanent changes. It’s been working so far.
I mainly use Accel-Gels during longer runs. When I run out of those I use Skittles or Swedish Fish so you know I love to run out of gels. (kidding…. Kind of.)

What do you wish you’d known when you first started running?
I wished I had known I was going to love running this much, sooner in my life. I spent so much time avoiding it thinking it was something else. Who knows, maybe I would have avoided so many weight and health issues in my life but I can assure you, I would have run ALL the Run Disney races by now.

What is your fondest running memory?
Three of them. All Disney related. On May 2012 I went to a work convention at the Yacht Club Resort in Disney World. I had just started running a couple of months back and I didn’t want to stop running during the trip so I woke up at 5am to run through the resort’s jogging trail (which incidentally is part of the actual WDW Marathon course) and I got lost! I ended up in a “Cast Member Only” area. Go figure.

The second one was during a Disney cruise I took in November 2012 on the Disney Fantasy. It’s not every day you get to be on a ship so big it has its own jogging track! I did a two mile run in preparation for the Castaway Cay 5K: My first Disney race. Cruise guests can participate in this race through Disney’s private island. It was a lot of fun and I PR’ed but it was on the last day of the trip and I had spent so much time on the ship I was land sick! LOL I kept zig-zagging all over the course. Ironically, while on the ship, I felt nothing at all.

The third one is running and finishing the 2014 Disney Marathon. It is my greatest running accomplishment. I had so much fun and met so many great people (like the author of this blog).  Having been able to go from not running at all to finishing a marathon is still something I can’t get my head around but it happened. 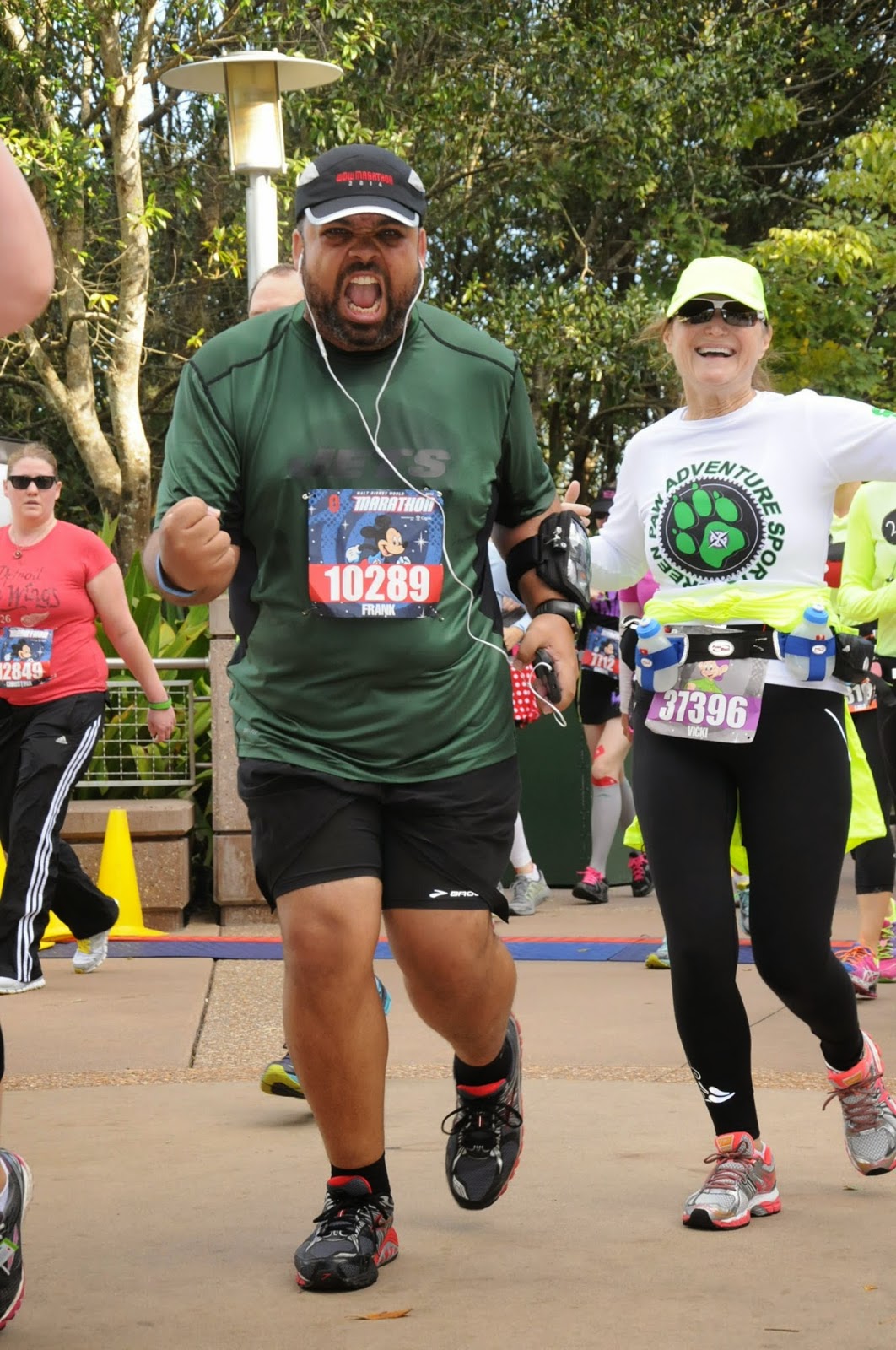 What is one thing that most people do not know about you?
People look at this big, serious-looking guy and are usually intimidated. I have three daughters and they say they are (from oldest to youngest) Anna, Elsa and Merida and that Mom (my wife) is Belle so that makes me the Beast I guess but in reality I’m a big softy. I cried watching Cars. Also, big fan of the show Friends. I have all 10 seasons on DVD and have watched them many times. My wife and I regularly do Friends marathons and watch every episode in order. It takes us weeks and during then we hardly watch anything else. 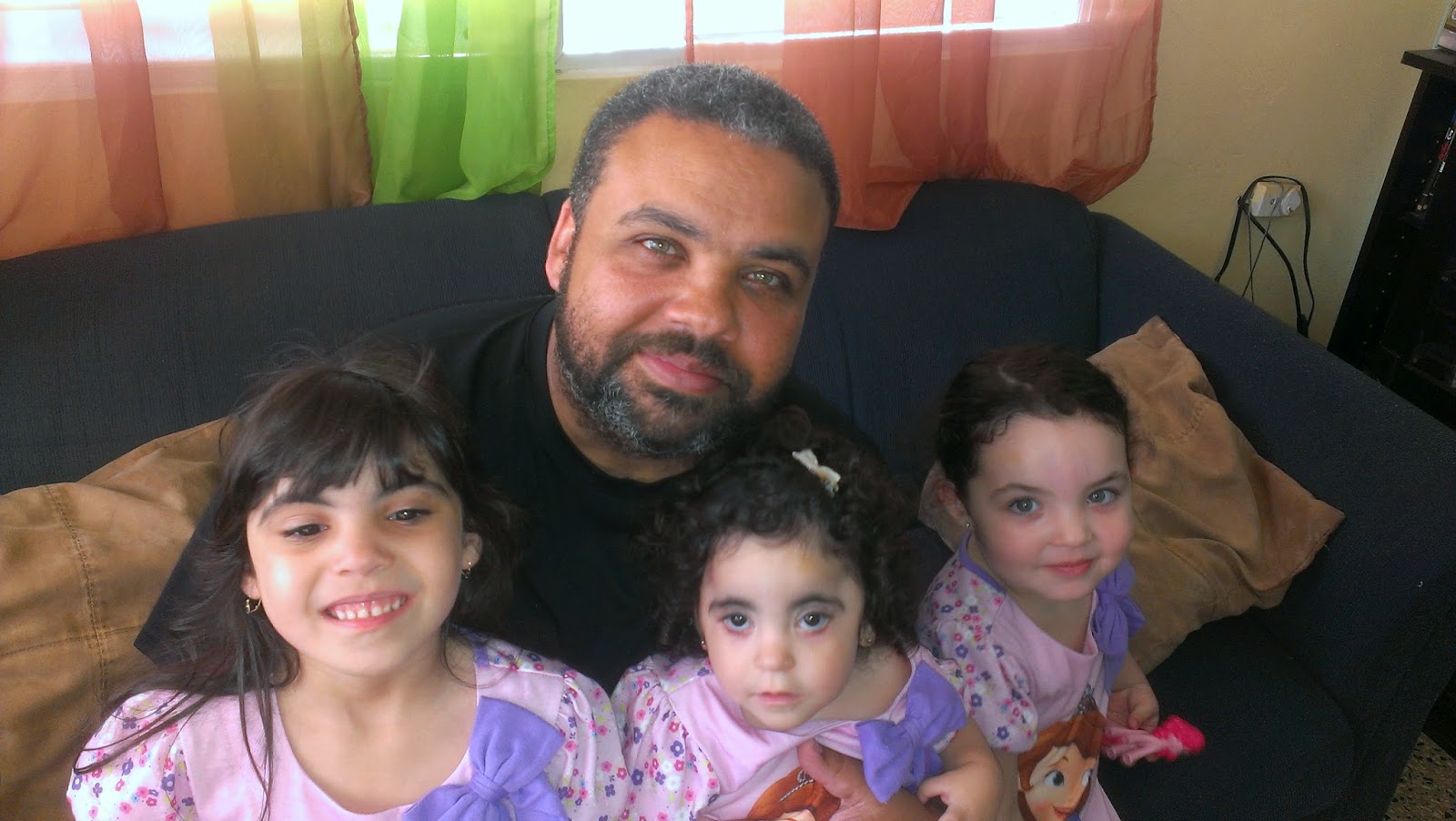 Here are all the different ways you can connect with Frank!

QOTD: Does it feel like fall this weekend where you live?