This past weekend it was taper time! My next half marathon is on Sunday!!! So on the schedule was an 8 mile run. Andria and I decided to run on our own again. We also ran the same route as last week but turned around sooner. We just love that route and wanted to run it again!

But the weather wasn't as nice this time. It was hot! The temps were back in the high 70's and the humidity was 100%! It made this run tough!

The first few miles flew by! We had lots to talk about and minimal traffic. Before we knew it we had made it to our first water stop. We both almost drank that entire bottle since it was so hot! 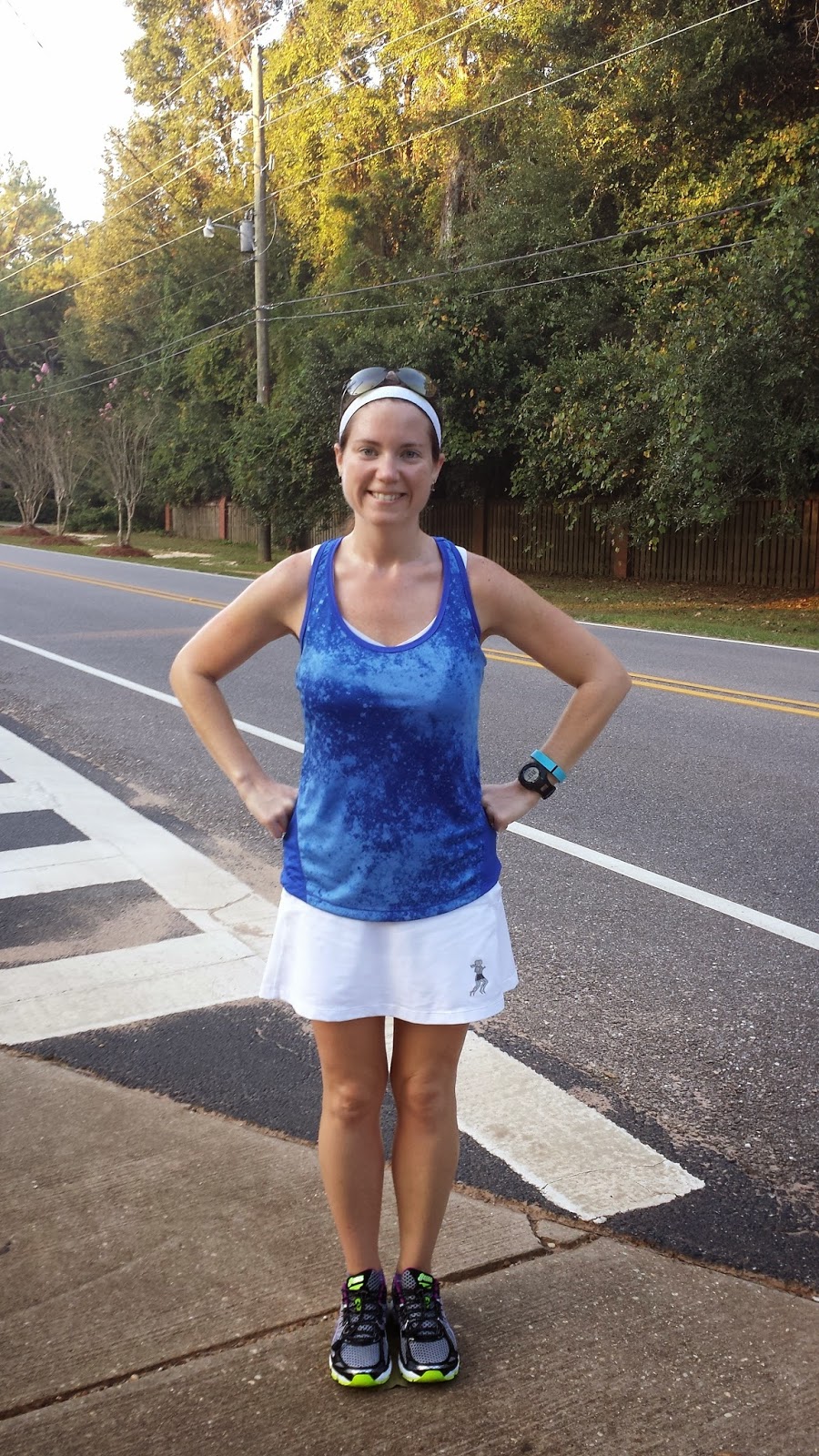 Before long we made it to mile 4. We turned around and that's when I started to notice that my legs seemed really tired. I guess the humidity was starting to take a toll.

But lucky for us....someone had left some motivation on the sidewalk! That helped me forget about my tired legs and that I was struggling. 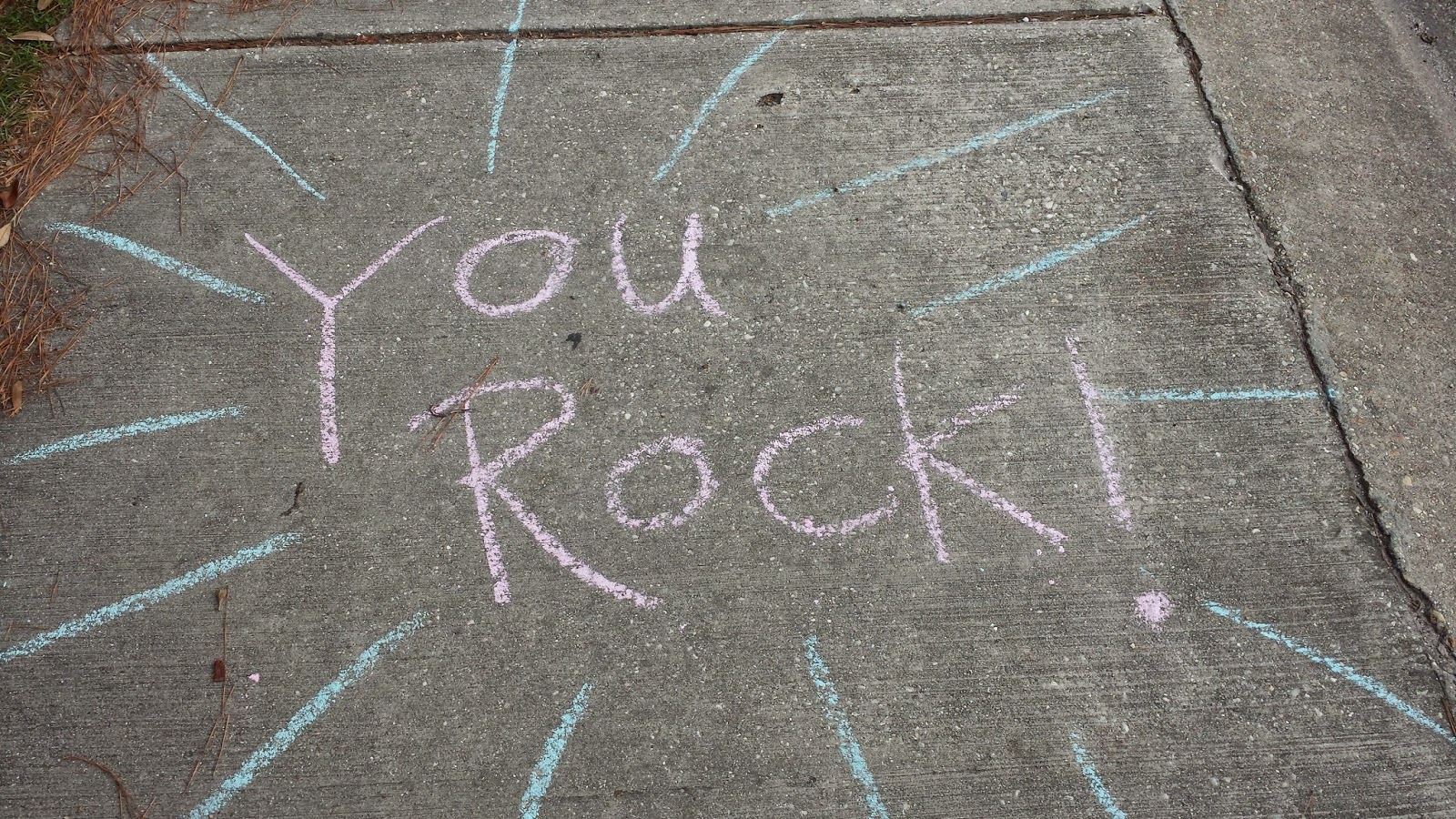 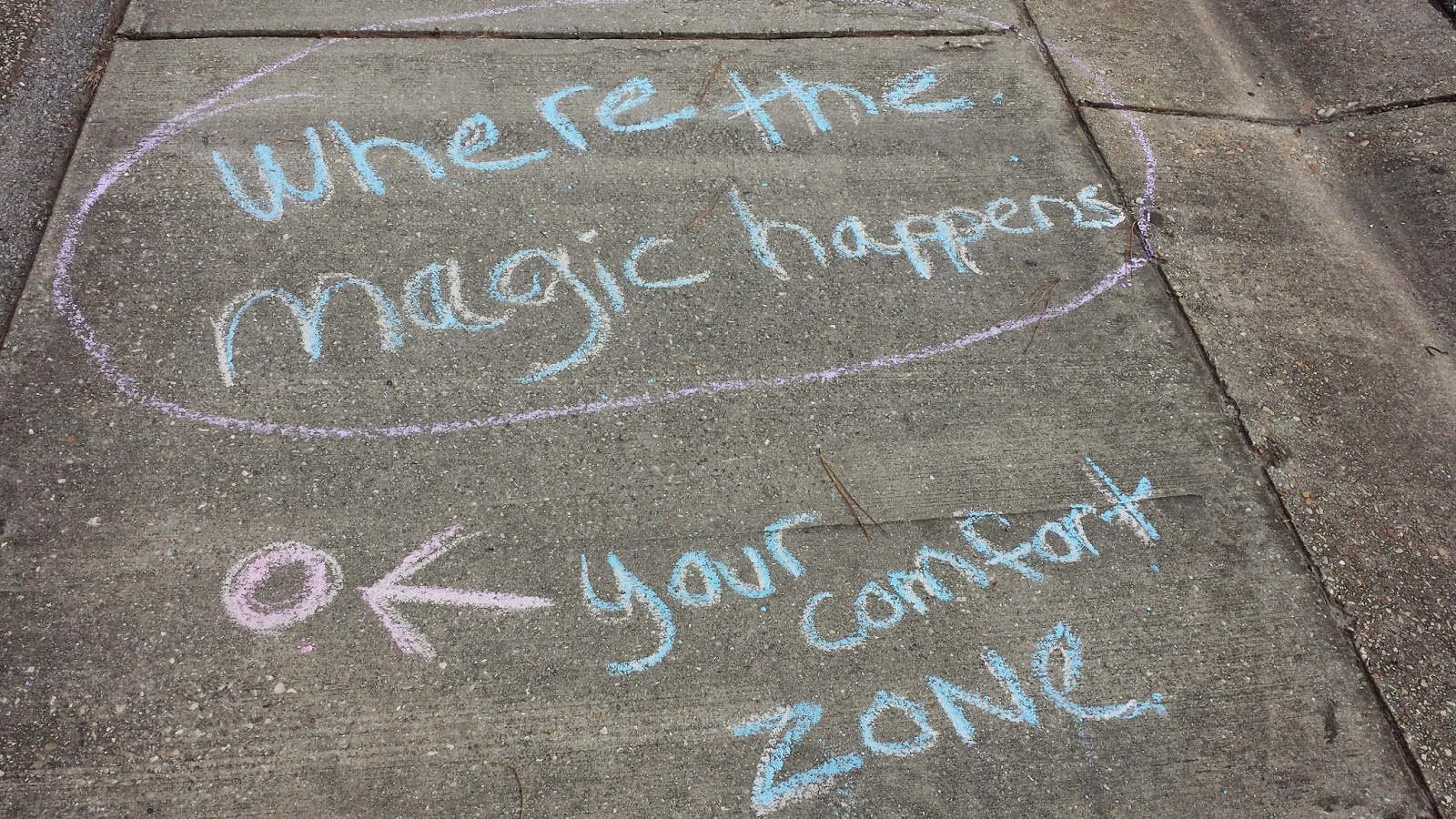 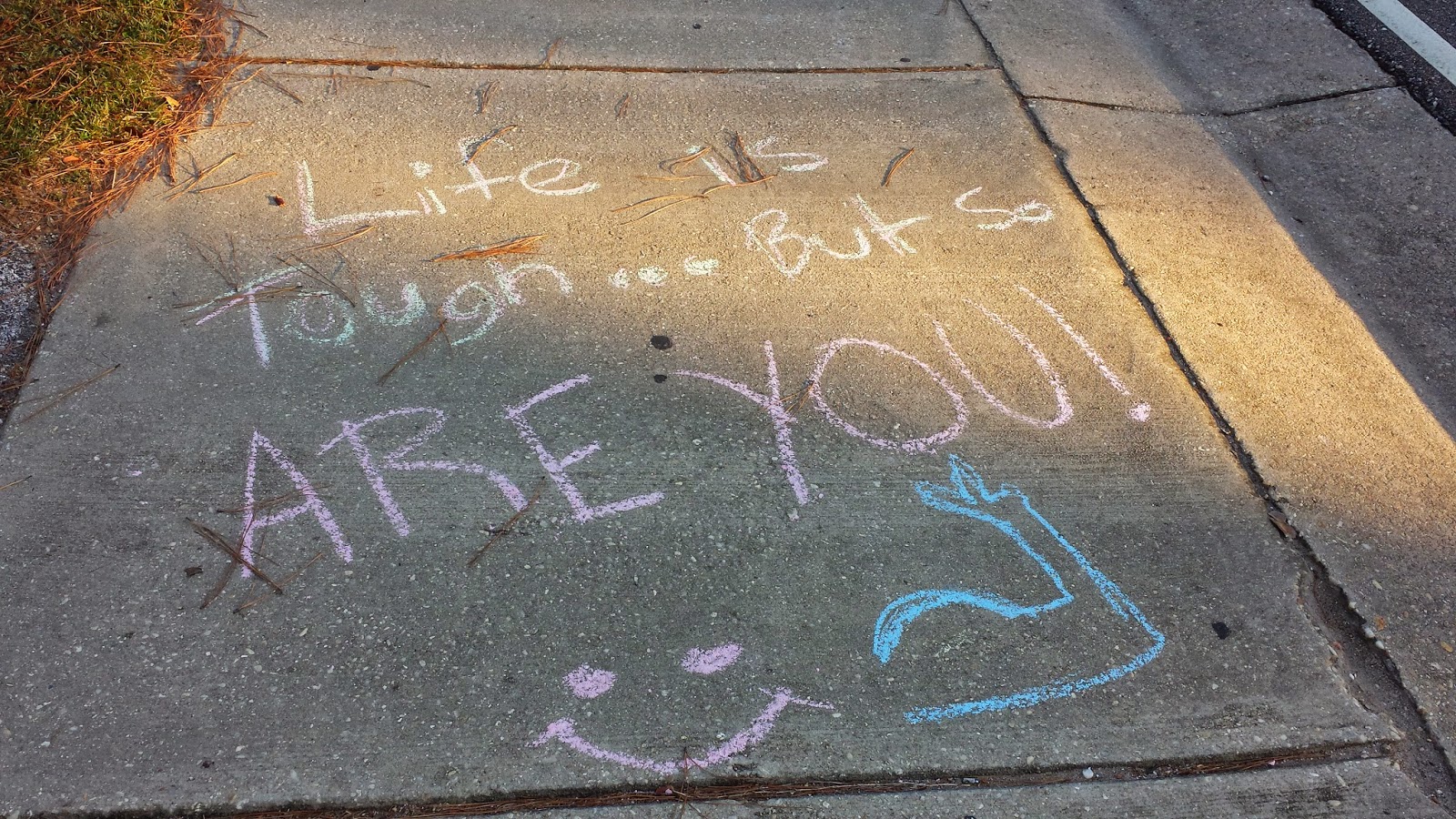 That helped us make it to our last water stop. We then had only 2 miles to go! I could tell I started to pick up speed around this point. My legs no longer felt tired. There was also a breeze along this stretch of road that helped!

The last mile I don't think Andria and I said a word to each other. We had left the safety of the sidewalk (there weren't any) and were running on the side of the road. The traffic had picked up immensely so we were both just concentrating on watching the cars. It's funny how some cars are so nice and go way around you where others don't.  :-(

Finally after what seemed like forever we reached 8 miles! This run seemed so much tougher than even the 12 miler we ran a few weeks ago! After looking at my Garmin some of that was explained. We had been running a pretty fast pace! And the heat and humidity didn't help. 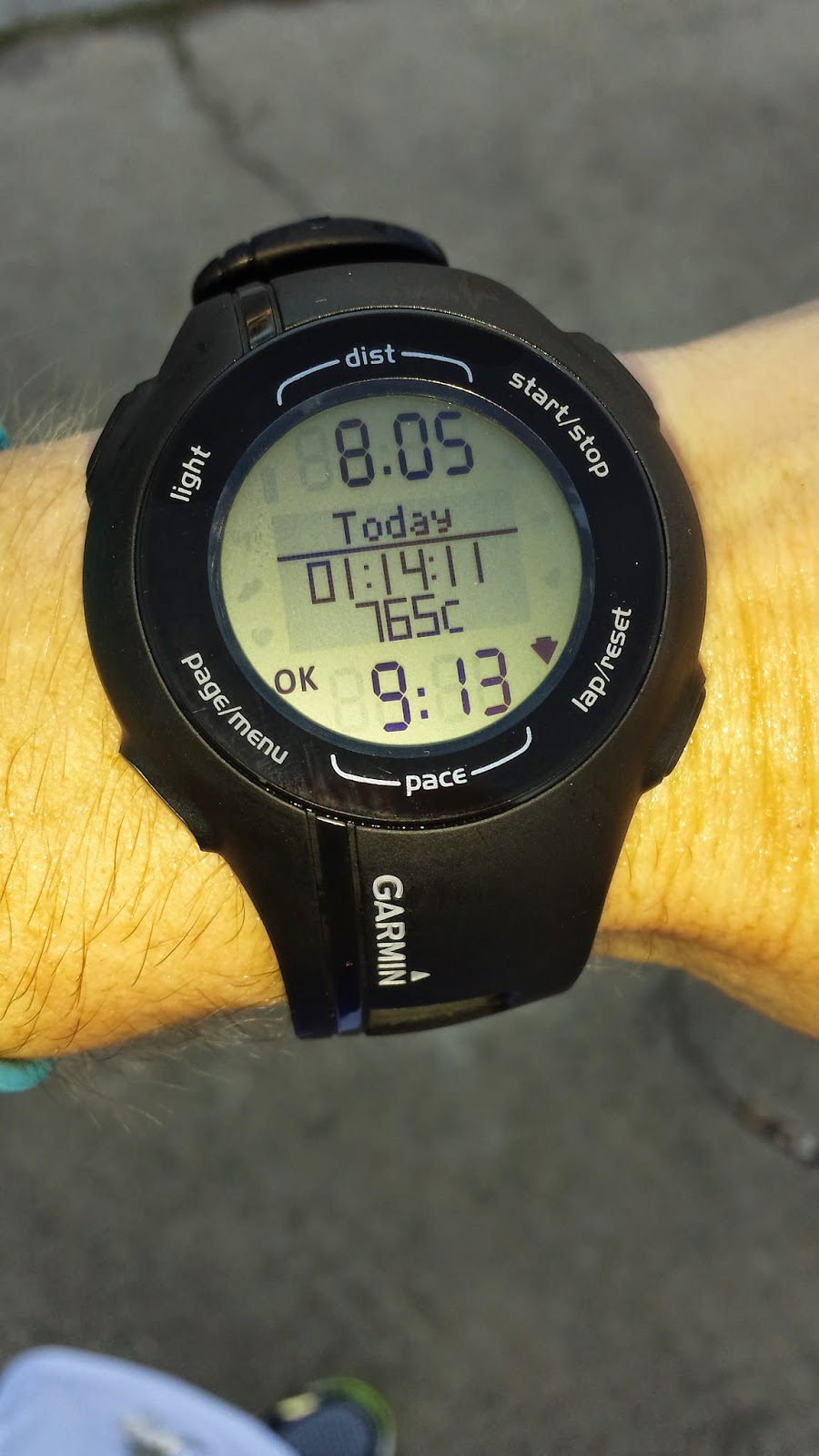 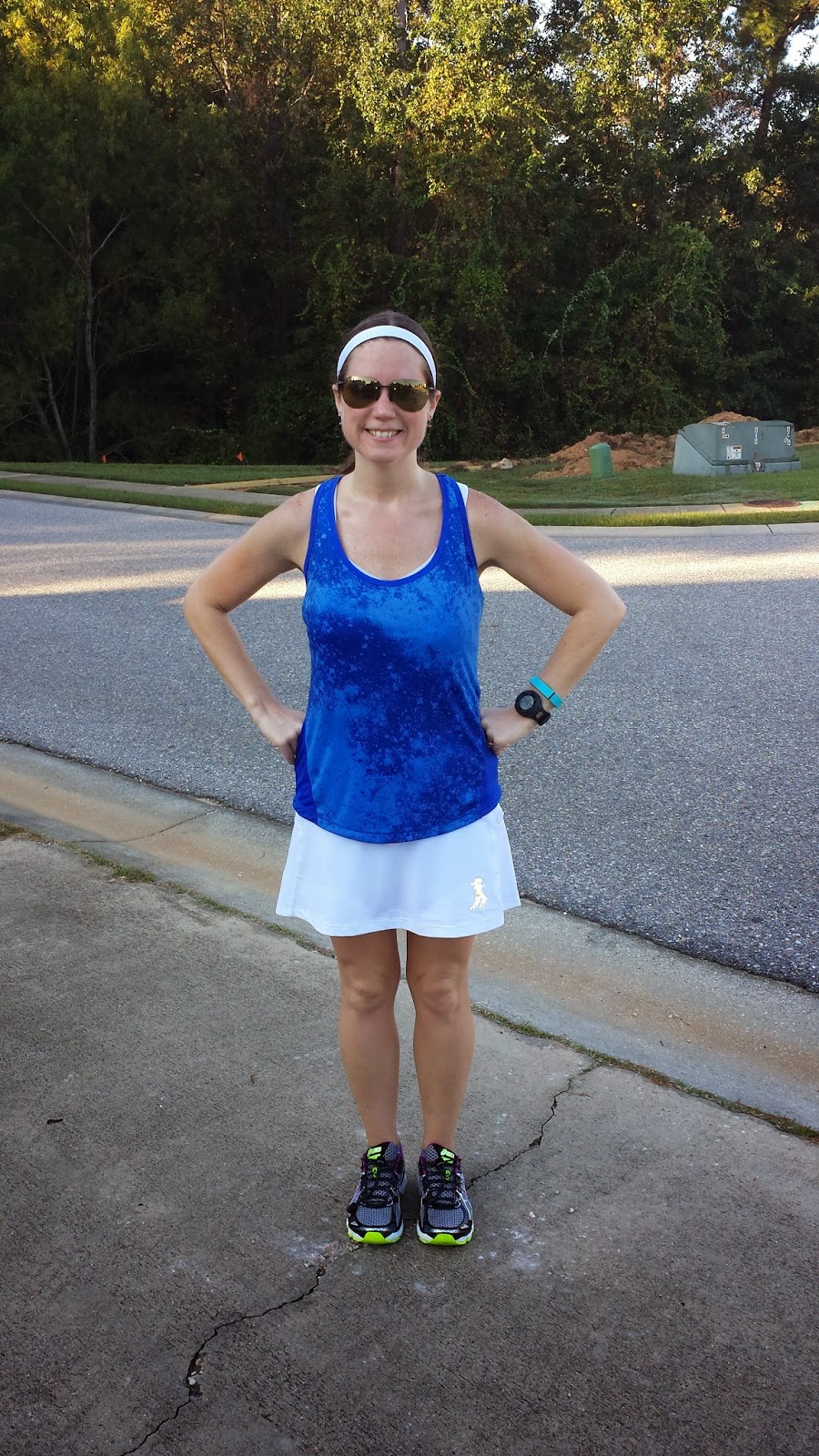 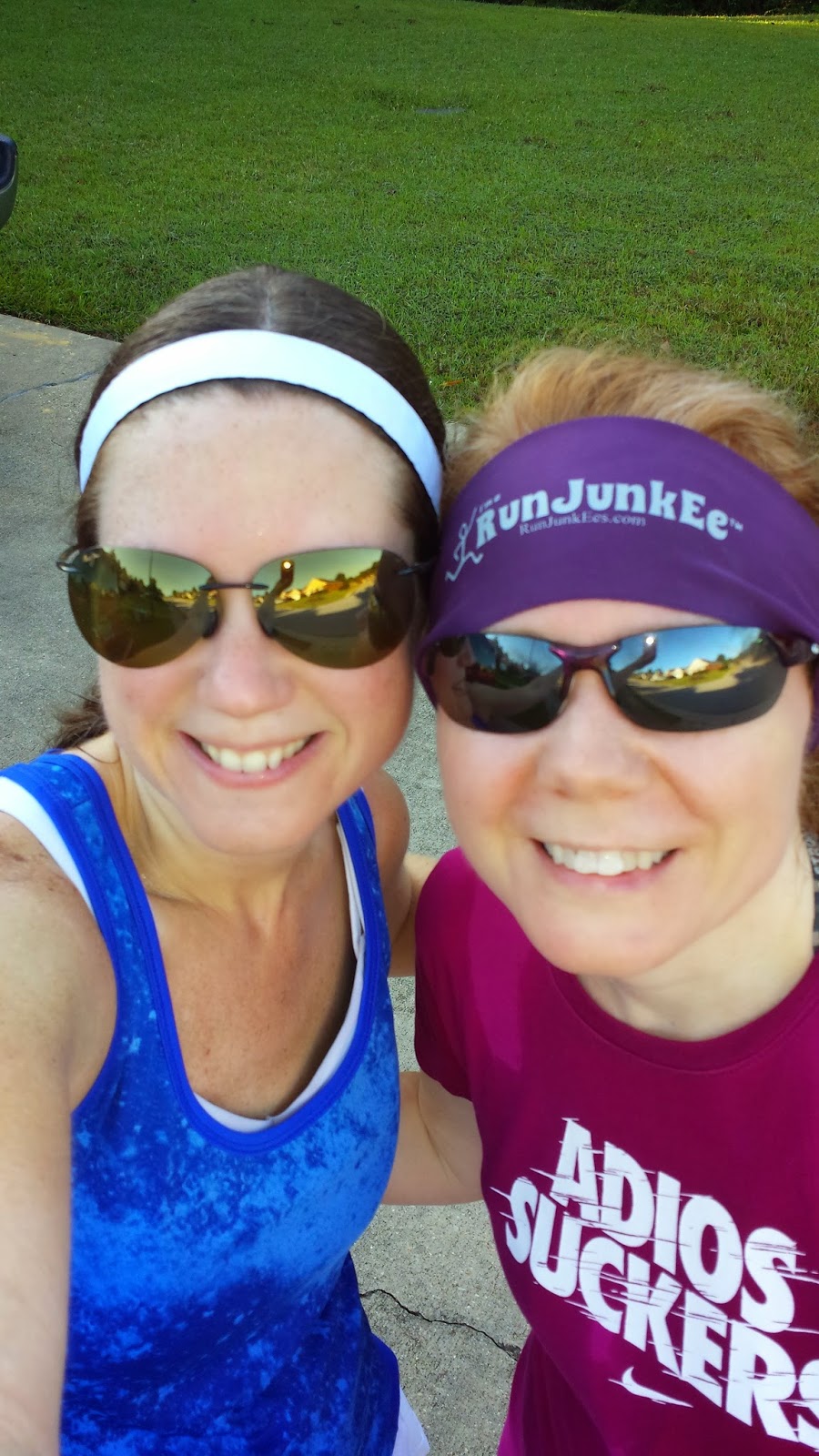 I'm always thankful that I have a running partner that runs the same pace as me! Andria is awesome!!! I only wish she was running the race with me this next weekend. I'll be there with friends but none of them are my pace so I'll be running the race on my own. Hopefully I will run good!

After the run I went inside and had my low fat chocolate milk! Soooo good! I have a feeling they won't have chocolate milk at the end of the race so I will have a cooler in my car with some waiting! :-) 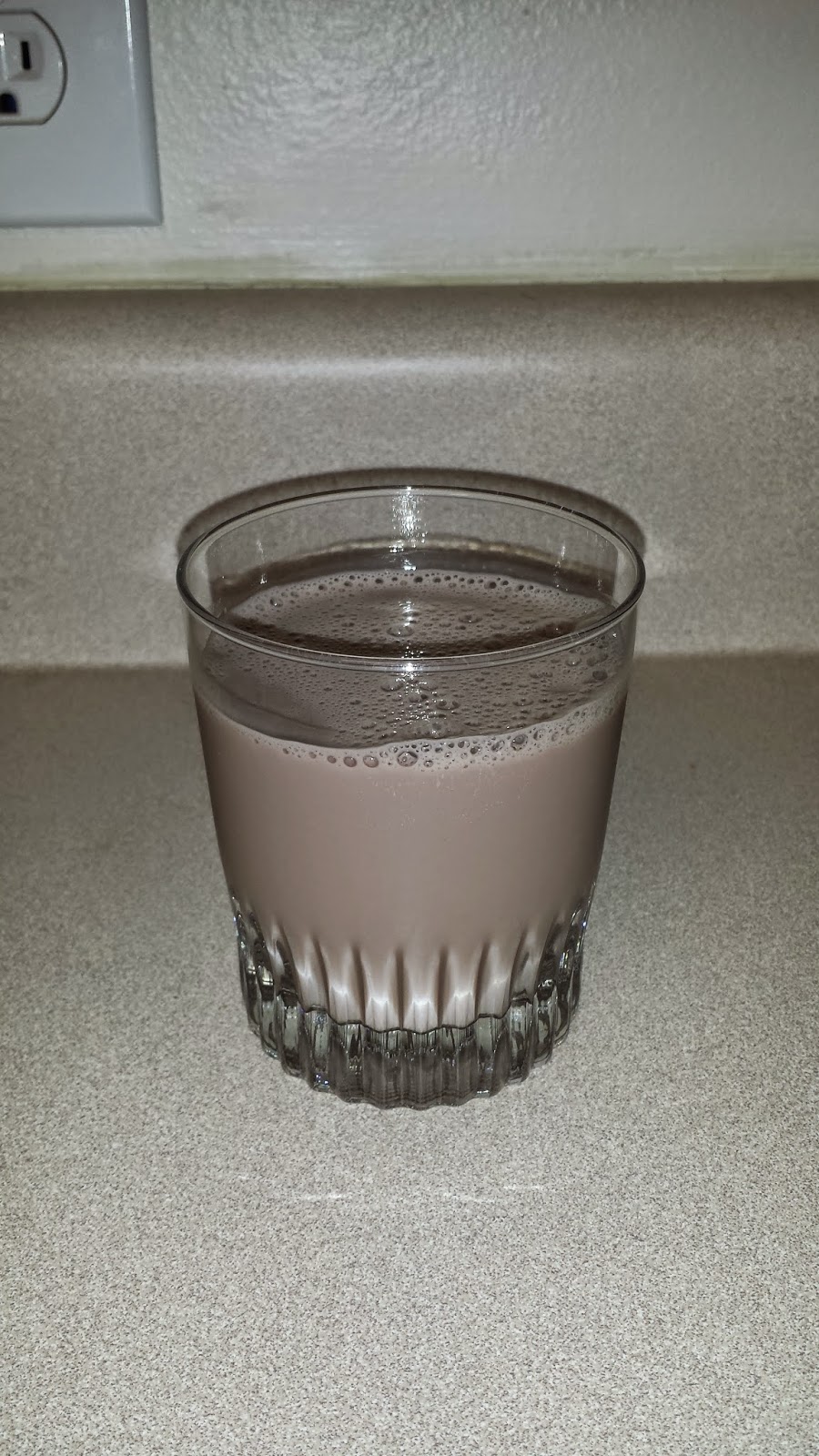 QOTD: Have your legs ever felt really tired during a long run? Did it ease up later in the run?