The weekend before last we headed to Huntsville, AL for my son Sawyer's state gymnastics meet. That's the great thing about my running and his competing in gymnastics...we get to travel! :-)

Huntsville is a 5 hour drive from where we live. So after my 10 mile run Saturday morning we hopped in the car and headed north. Sawyer's meet was that night so the plan was to get there in time to check into the hotel before the meet.

The drive wasn't too bad. We really enjoyed seeing the different elevations as we drove. It's pretty flat here on the Gulf Coast so the hills of Birmingham looked like huge mountains to us lol!

My son Hayden's favorite part of the drive was when we spotted this sign below! He was so excited! 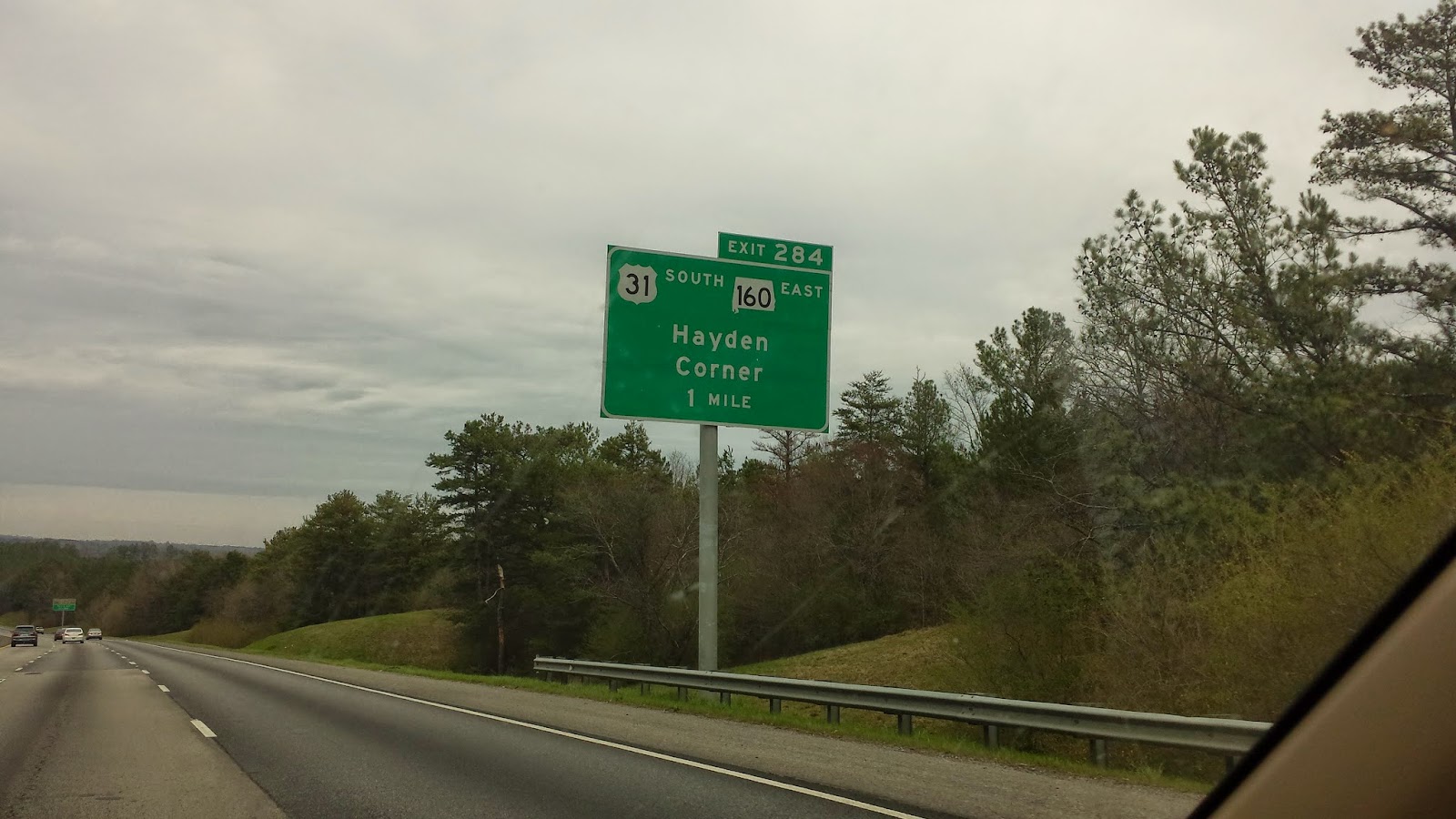 Before long we made it to our hotel in Huntsville! The next stop was the gym where the meet was. Sawyer was excited! 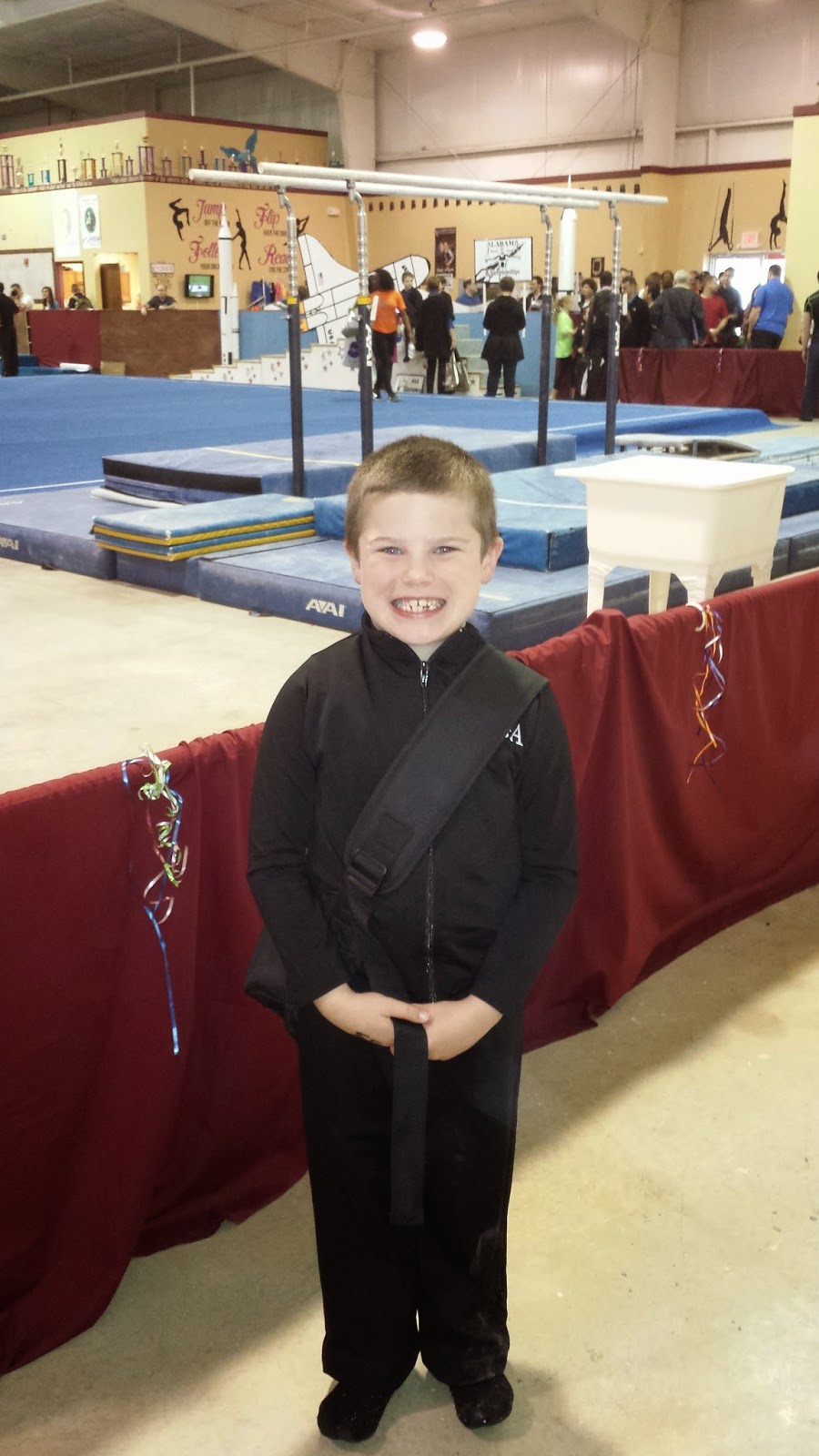 I won't bore you with the details of his meet but I will say that he did amazing!!! And if you just want to watch...you can see videos of him competing in all his events on my YouTube page!

His first competitive season is now over! I am so proud of how much he has learned! 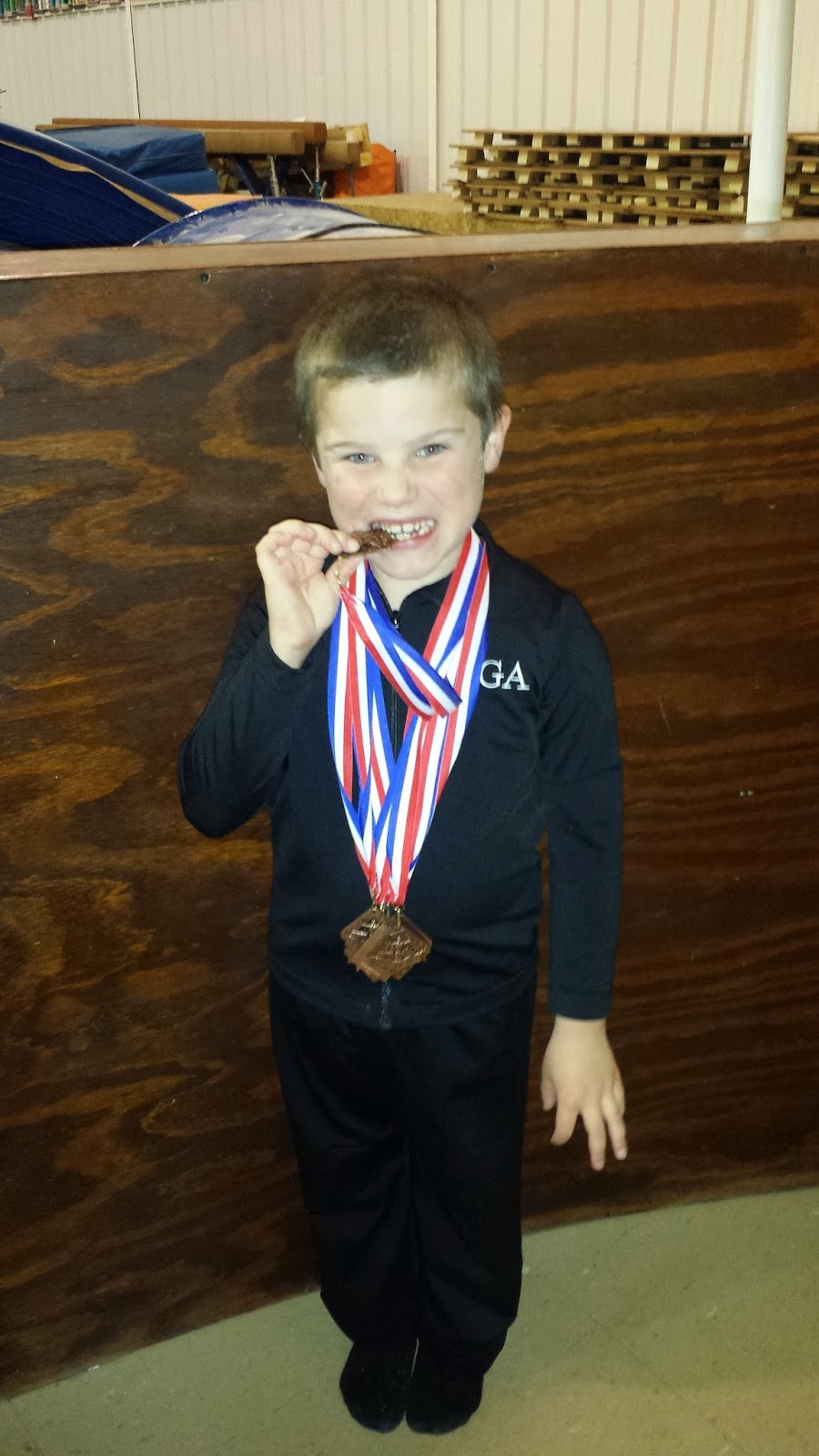 After the meet we went to Chili's for some dinner. It was yummy!

Then it was back to the hotel. We were all pretty tired! The next morning I headed out for my run. The plan was to run in the hotel parking lot. But once I started running I saw a road behind the hotel that led into a residential area so I ventured off there. I was having a great run! The road led to a stop sign where I decided to turn around. But first I took a few pictures. You can see one of the mountains way in the background in the second picture! 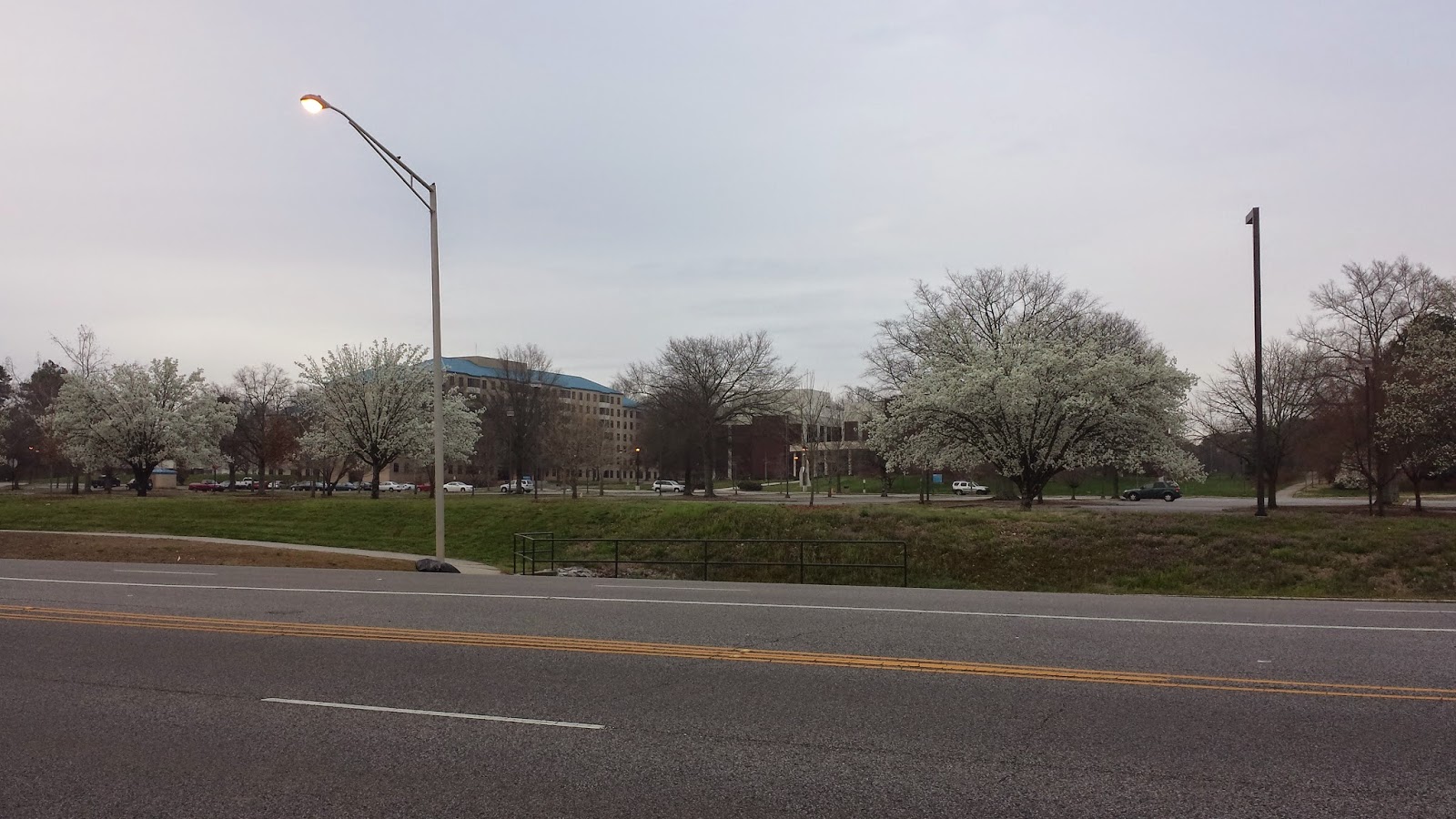 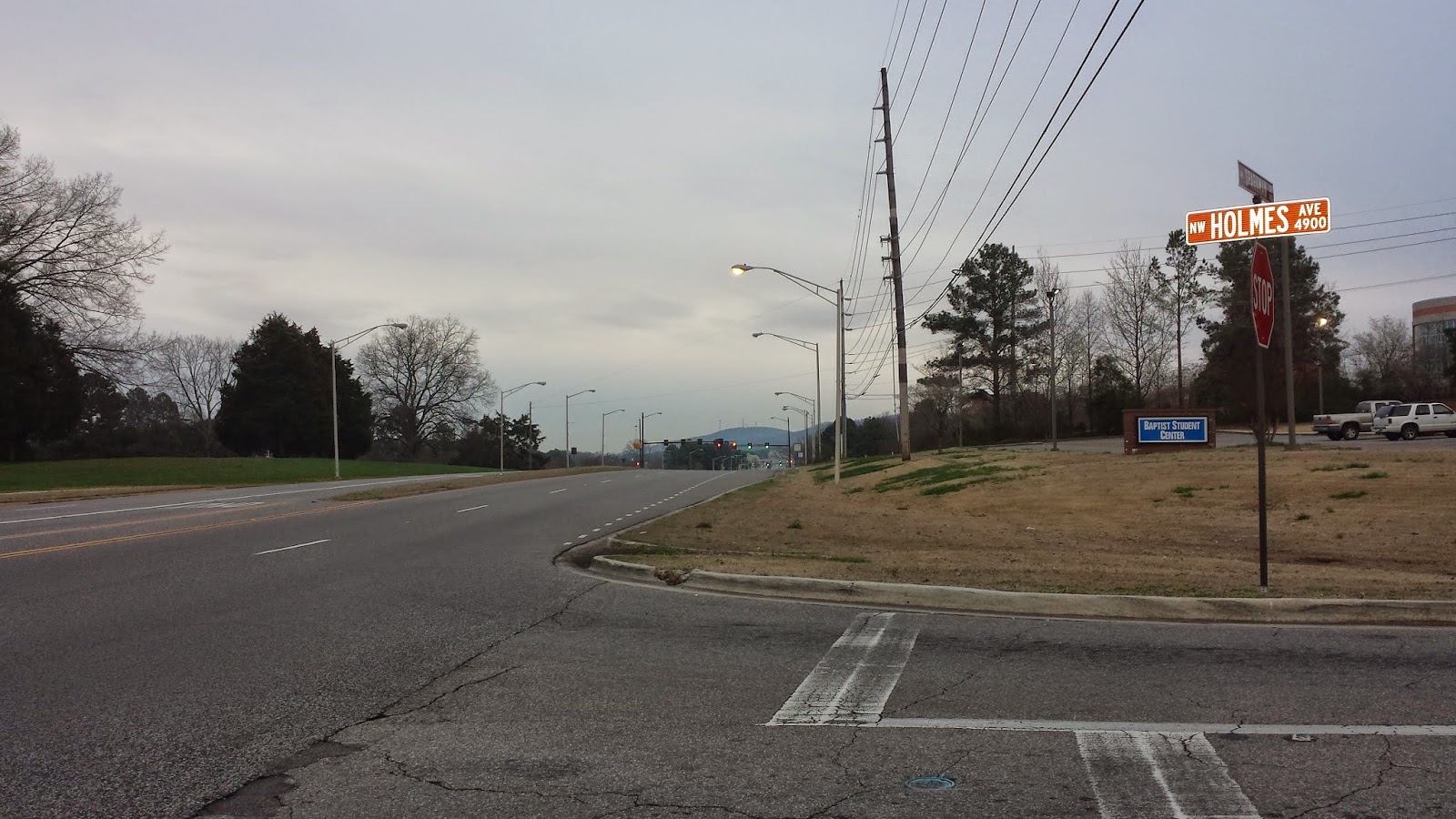 I turned around and headed back towards the hotel. The road I was running on was a 4 lane road but I hadn't seen but one car the entire time I ran on it. I was just running along and before I knew it...I was flat on the ground. I fell! I have no idea what happened! I quickly jumped up...I WAS in the middle of a street after all...and continued my run. I was only at 1.6 miles and I was aiming for at least 2 miles! I finished the run and then assessed my injuries. I had a bloody elbow and hand. I landed on my hip when I fell so I knew I would have a bruise there. And I had road rash on my knee. But all in all it wasn't too bad. I was very thankful. It could have been whole lot worse! God was definitely looking out for me because there wasn't a car in sight! 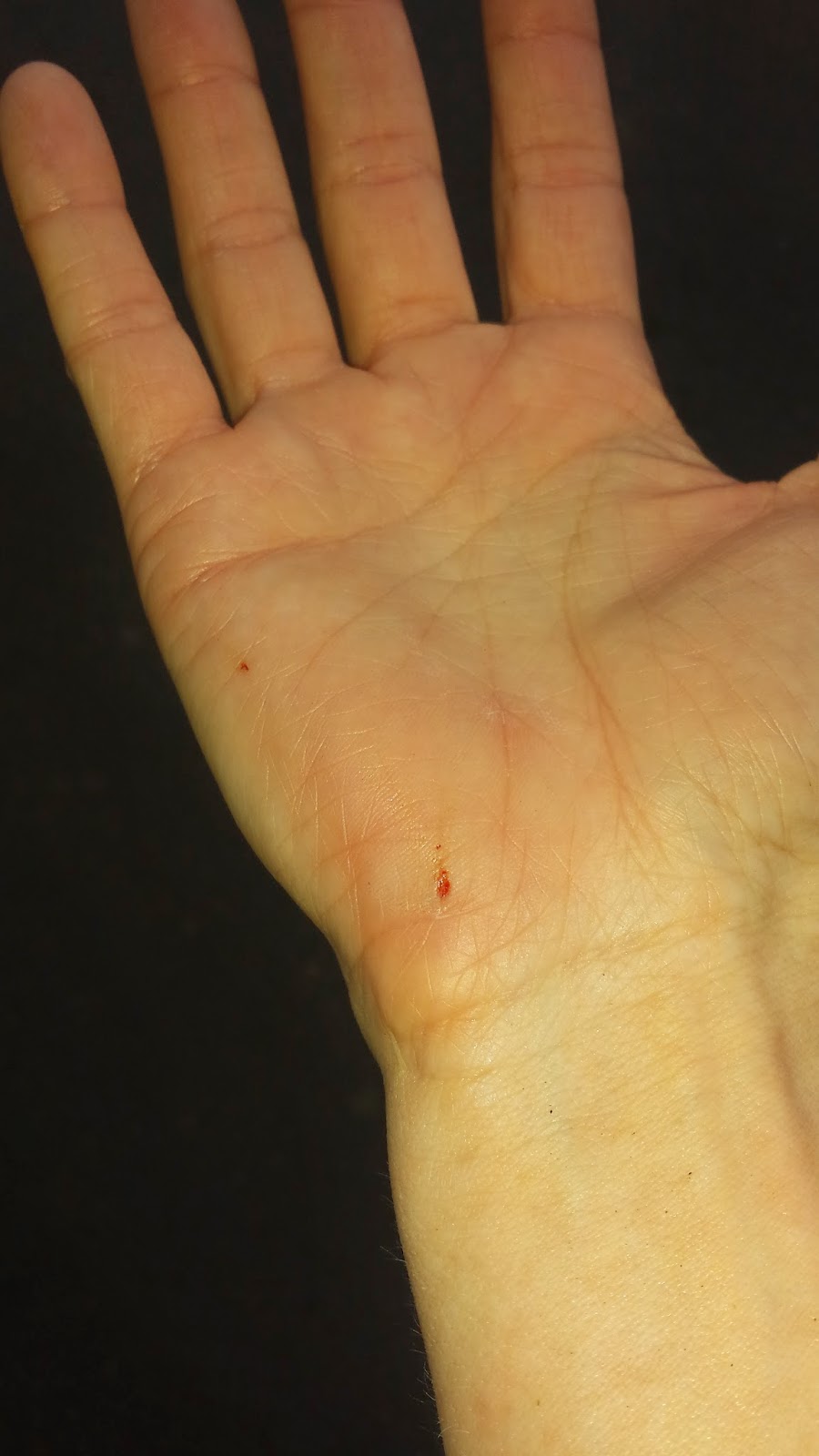 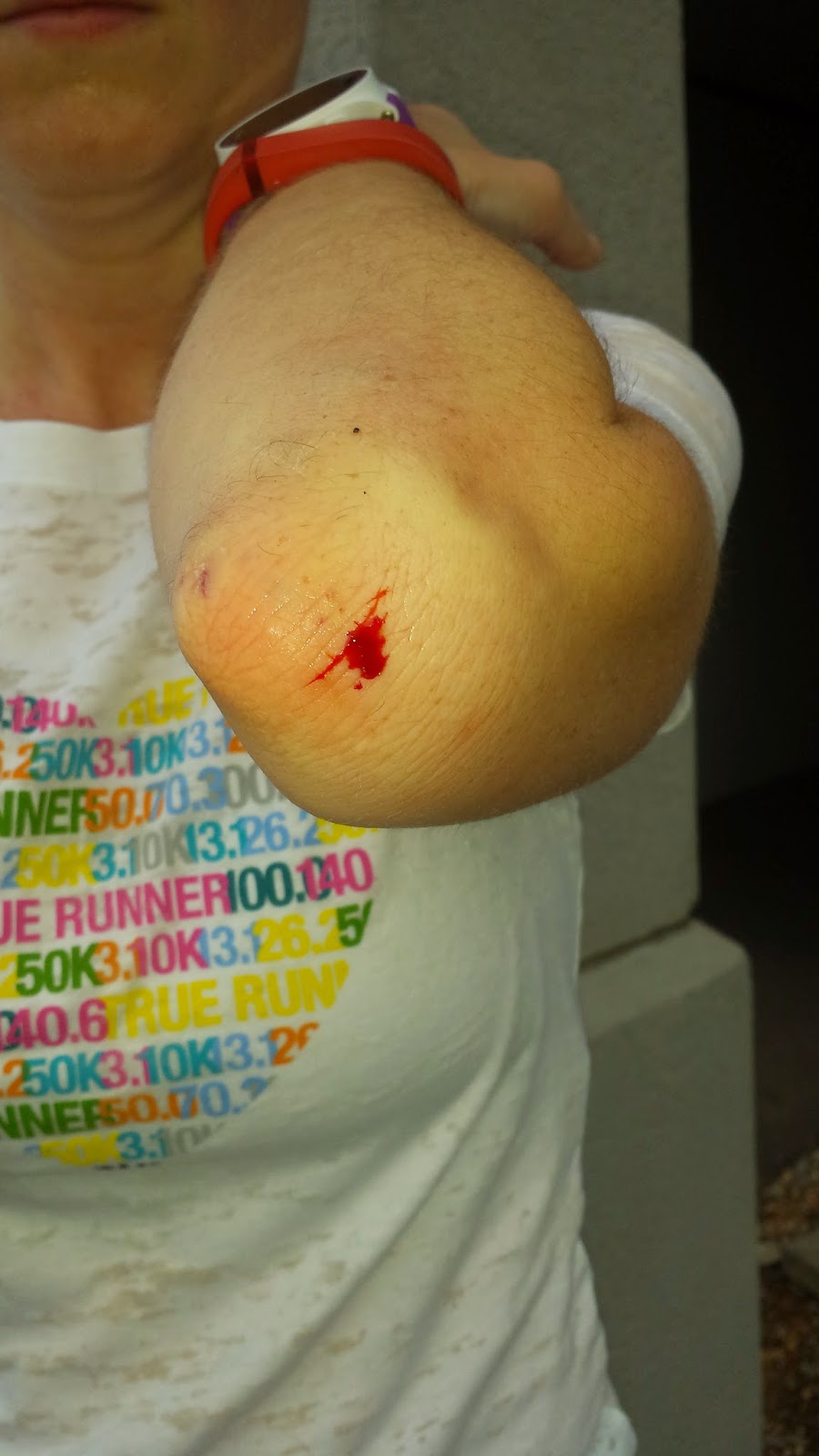 And...I had run my fastest mile! A friend joked and said that's probably why I fell...I was running so fast that my feet couldn't keep up lol! 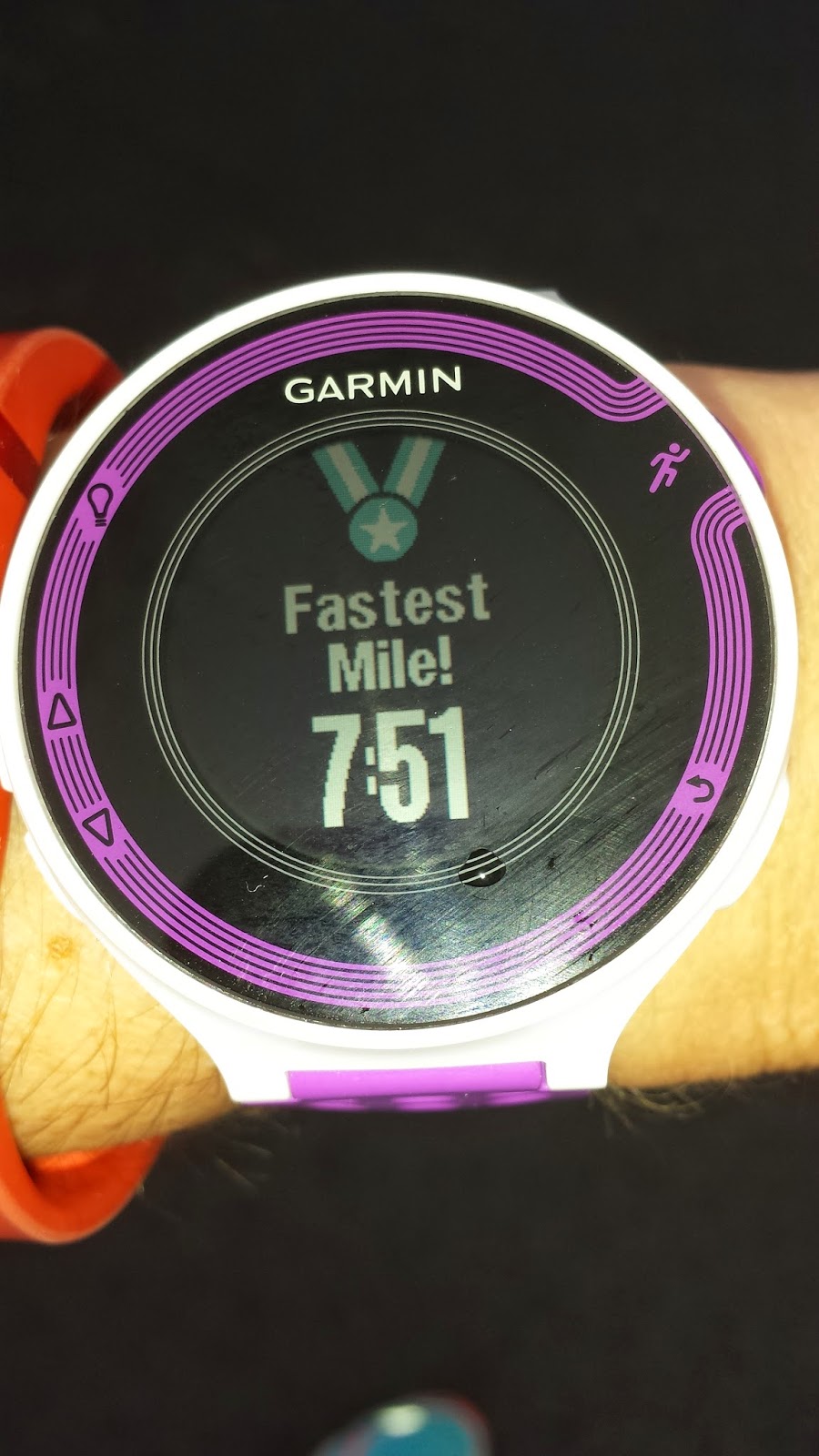 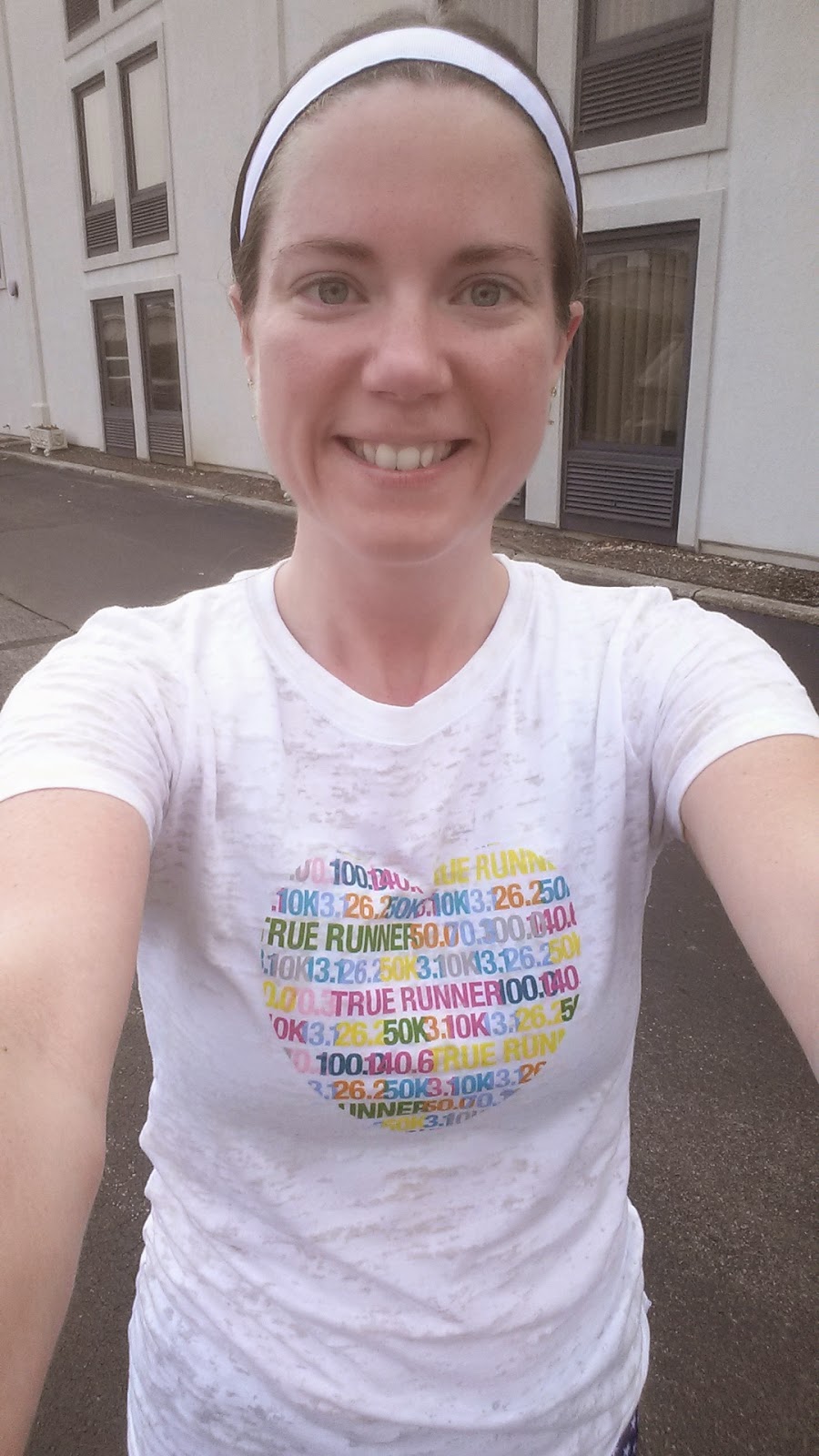 After stretching, I headed back to the room. I wasn't looking forward to facing my hubby and telling him I fell. Because right before I left he told me to be careful because the road may be slick (it was supposed to rain that day but luckily the rain hadn't started and so the road was actually dry...so there was no excuse for my fall). He totally jinxed me! Once he knew I was ok though he made fun of me all weekend long lol!

After getting cleaned up, bandaged, and showered we headed to the lobby of the hotel to check out and eat some complimentary breakfast. Then we headed to the U.S Space and Rocket Center! The boys were super excited! Since you can't really say a whole lot about a museum...I'm just going to share lots of pictures with you below! :-) 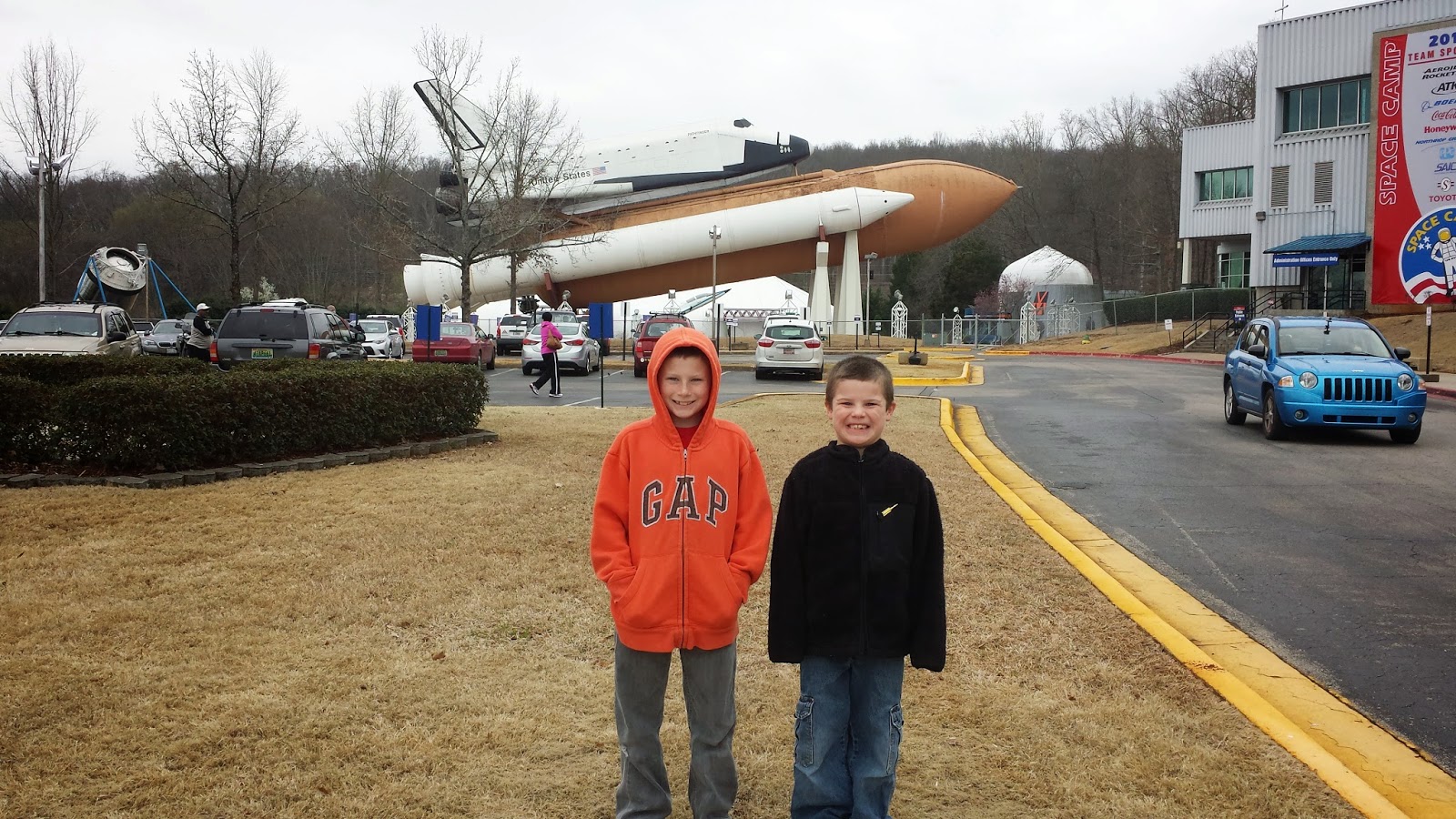 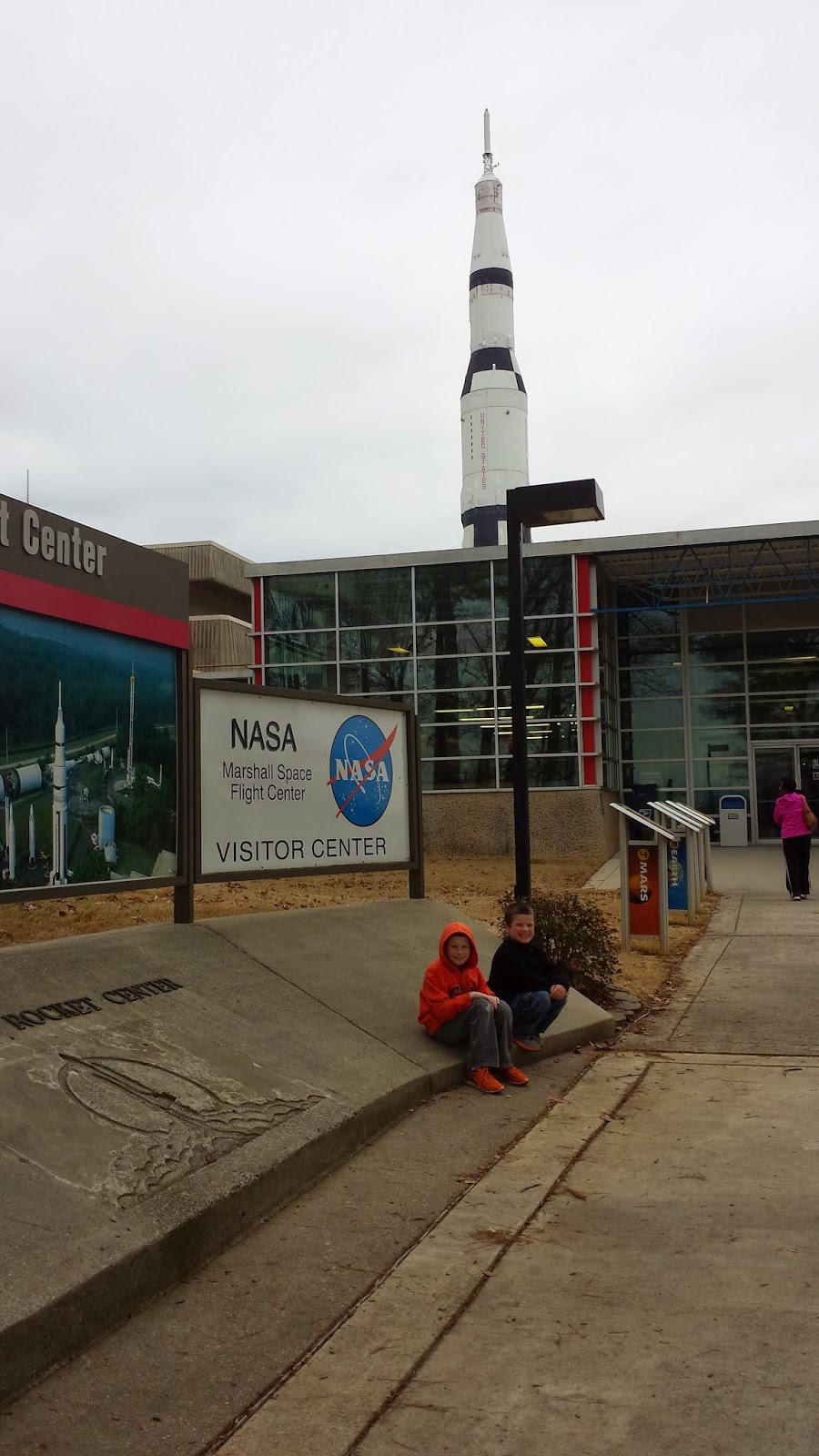 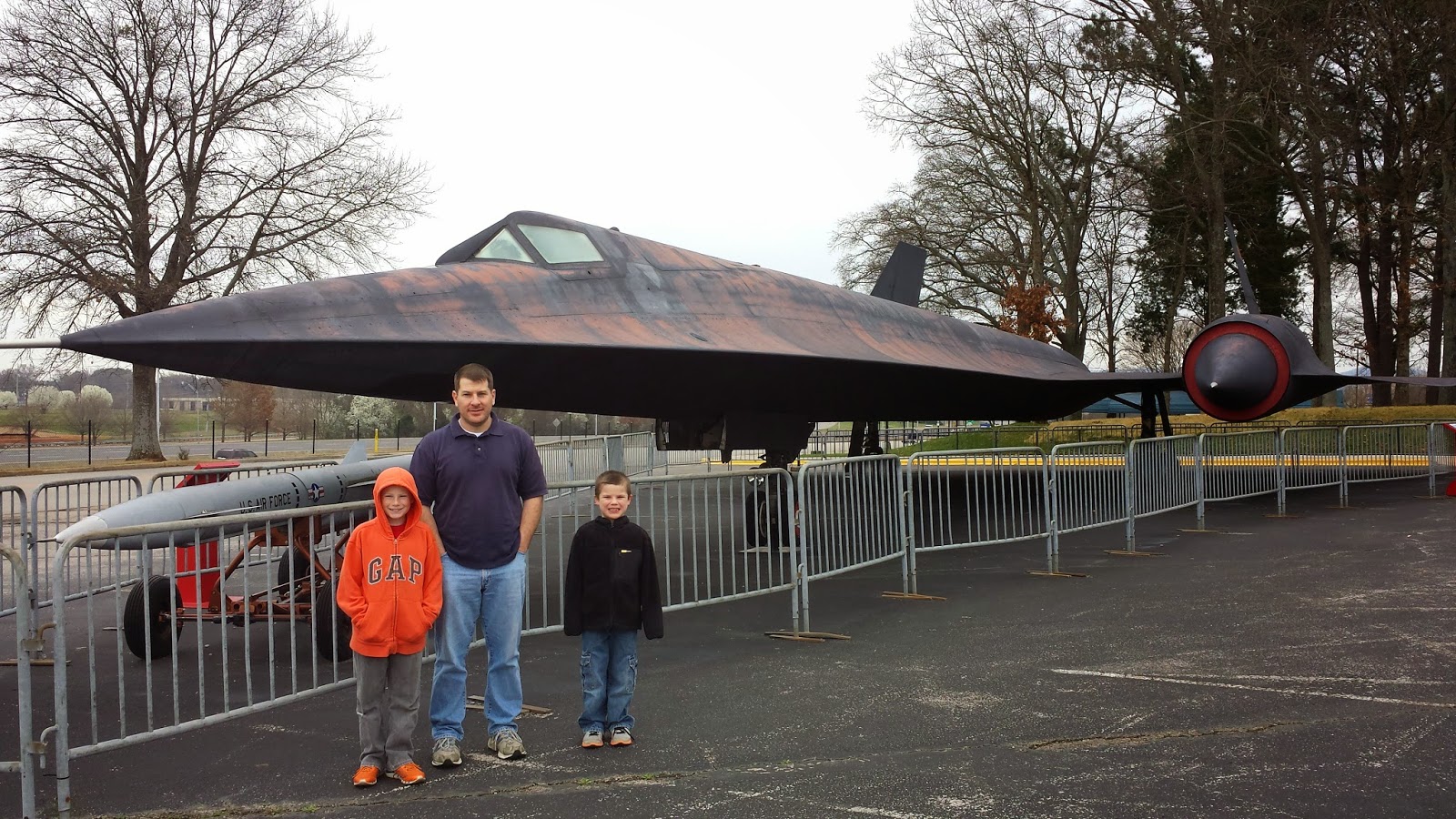 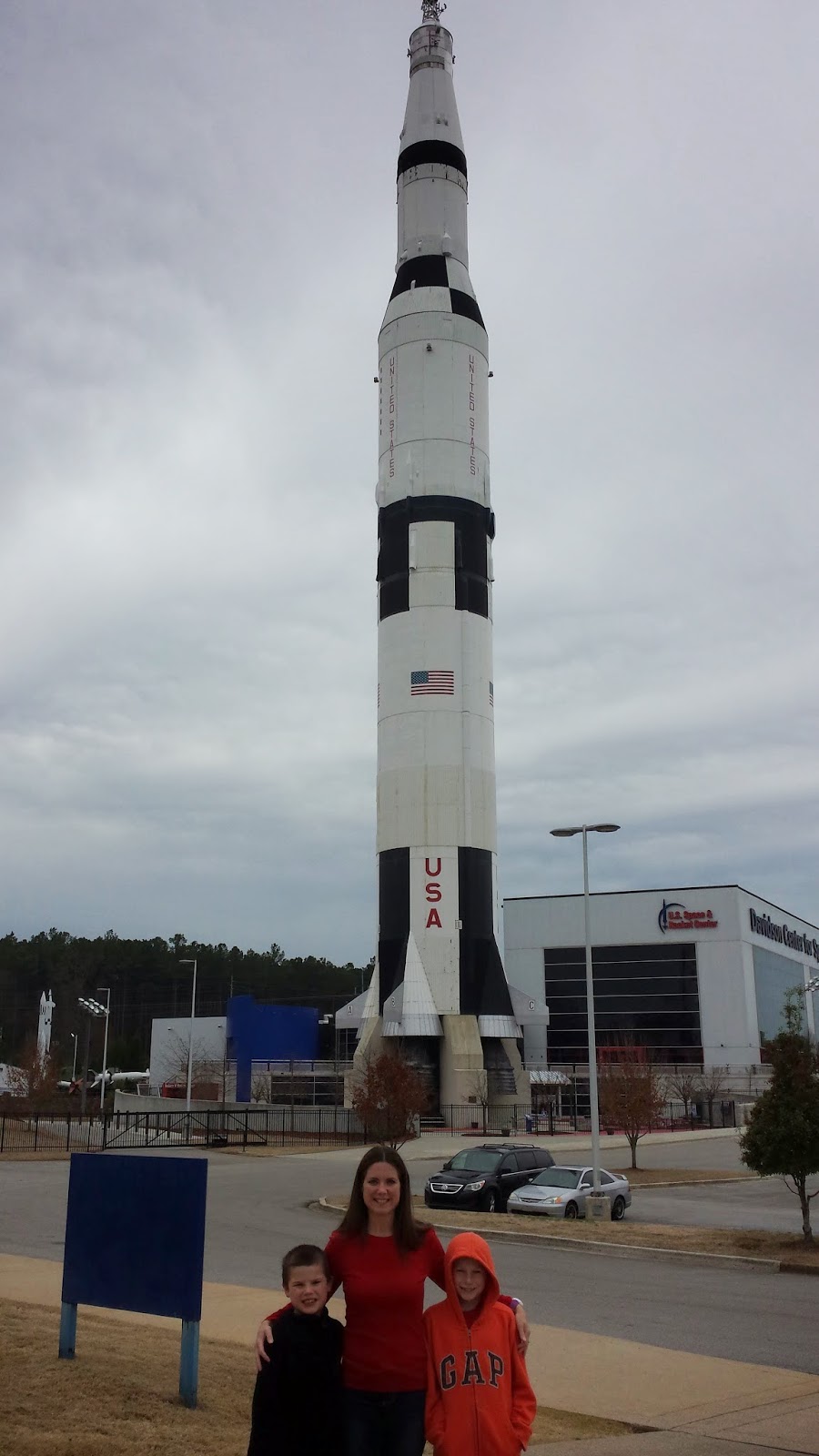 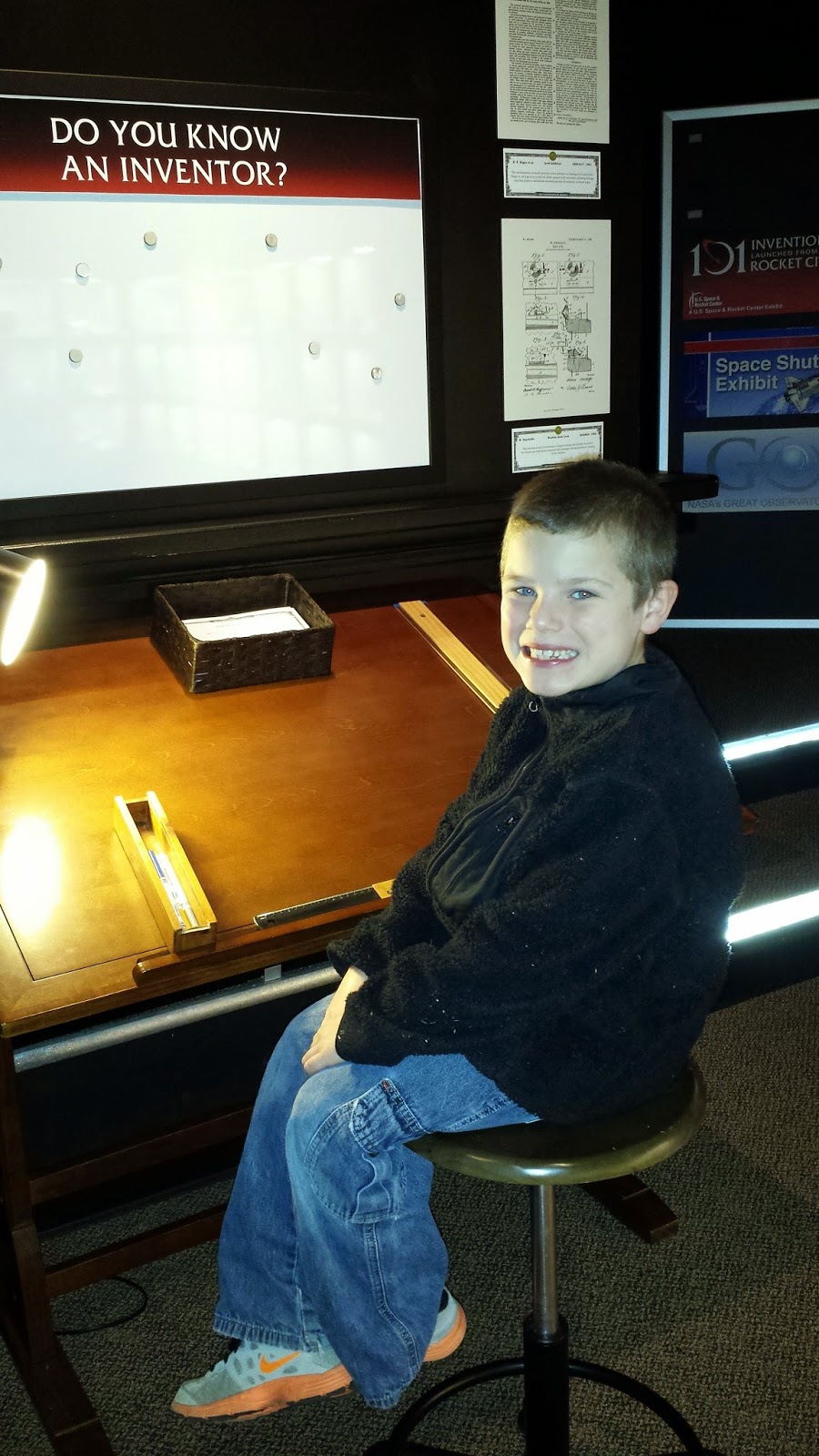 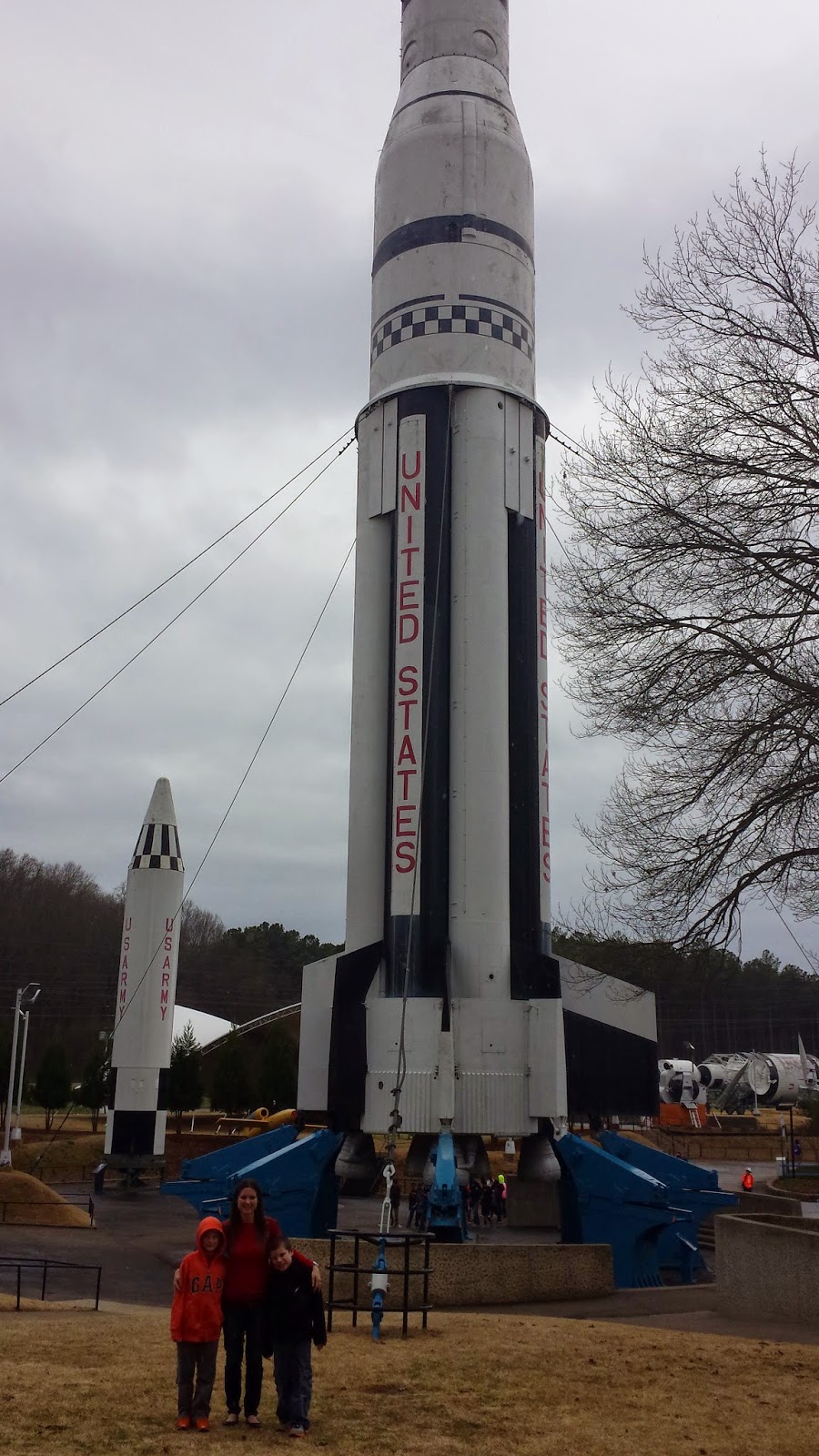 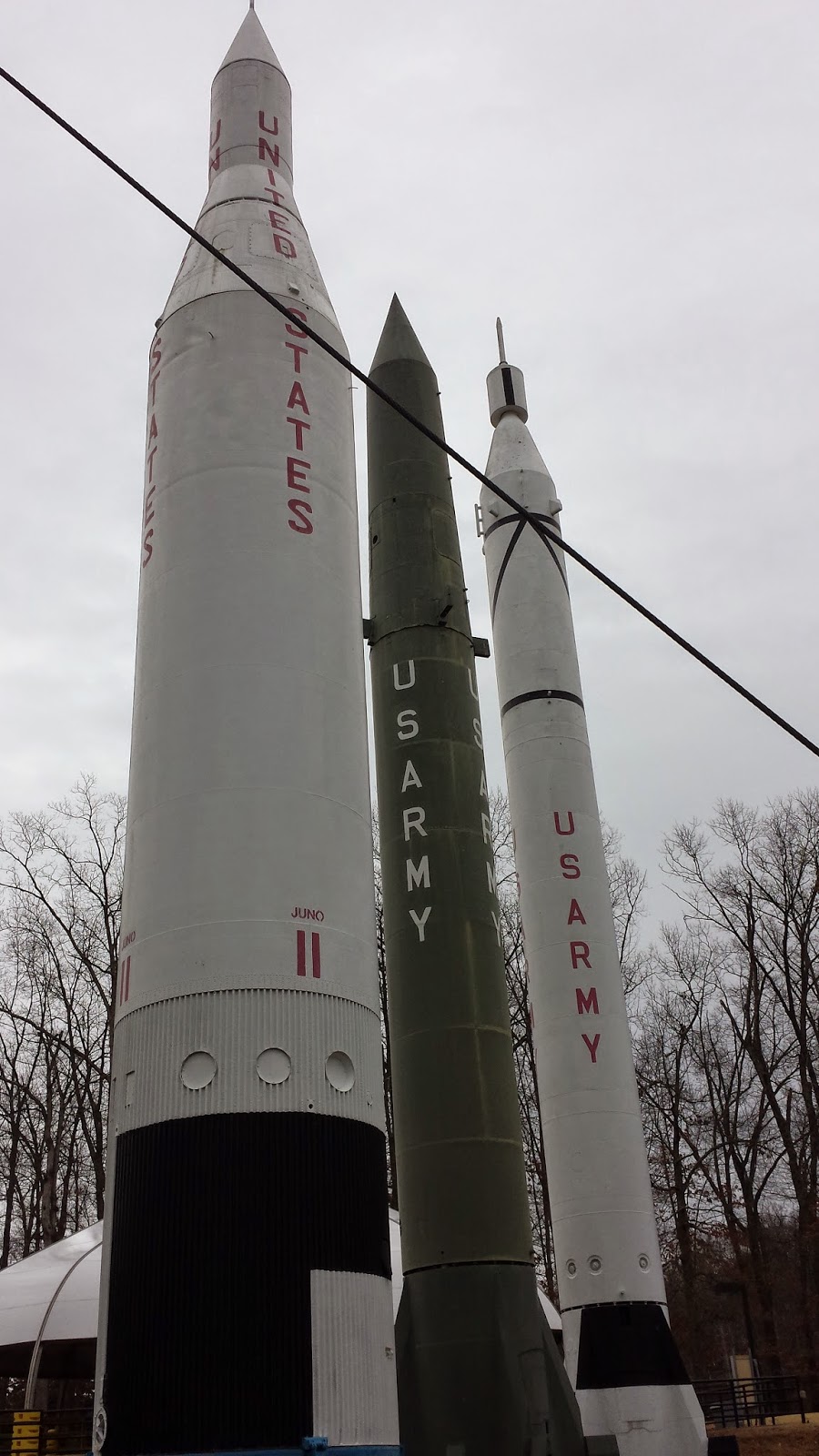 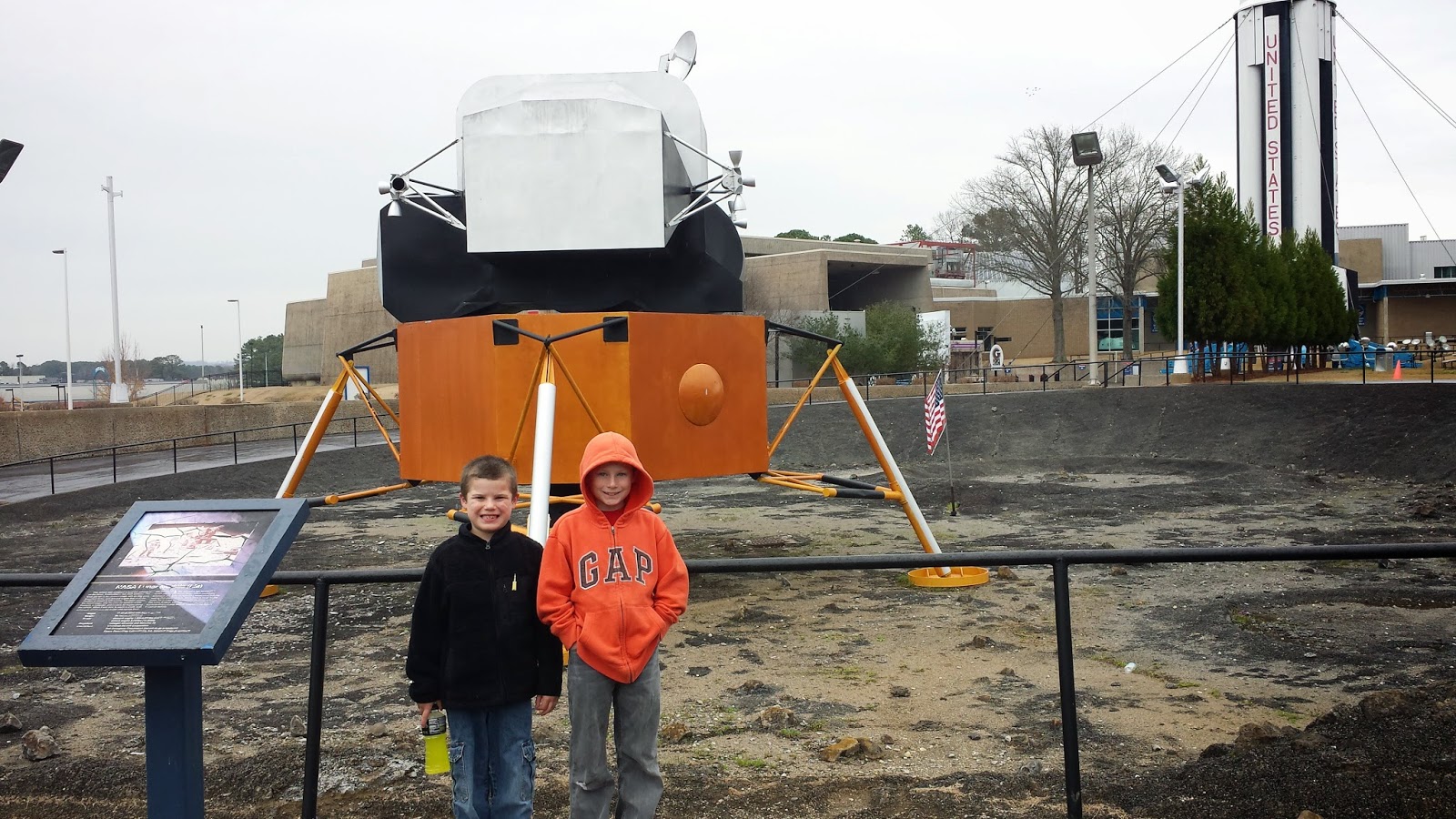 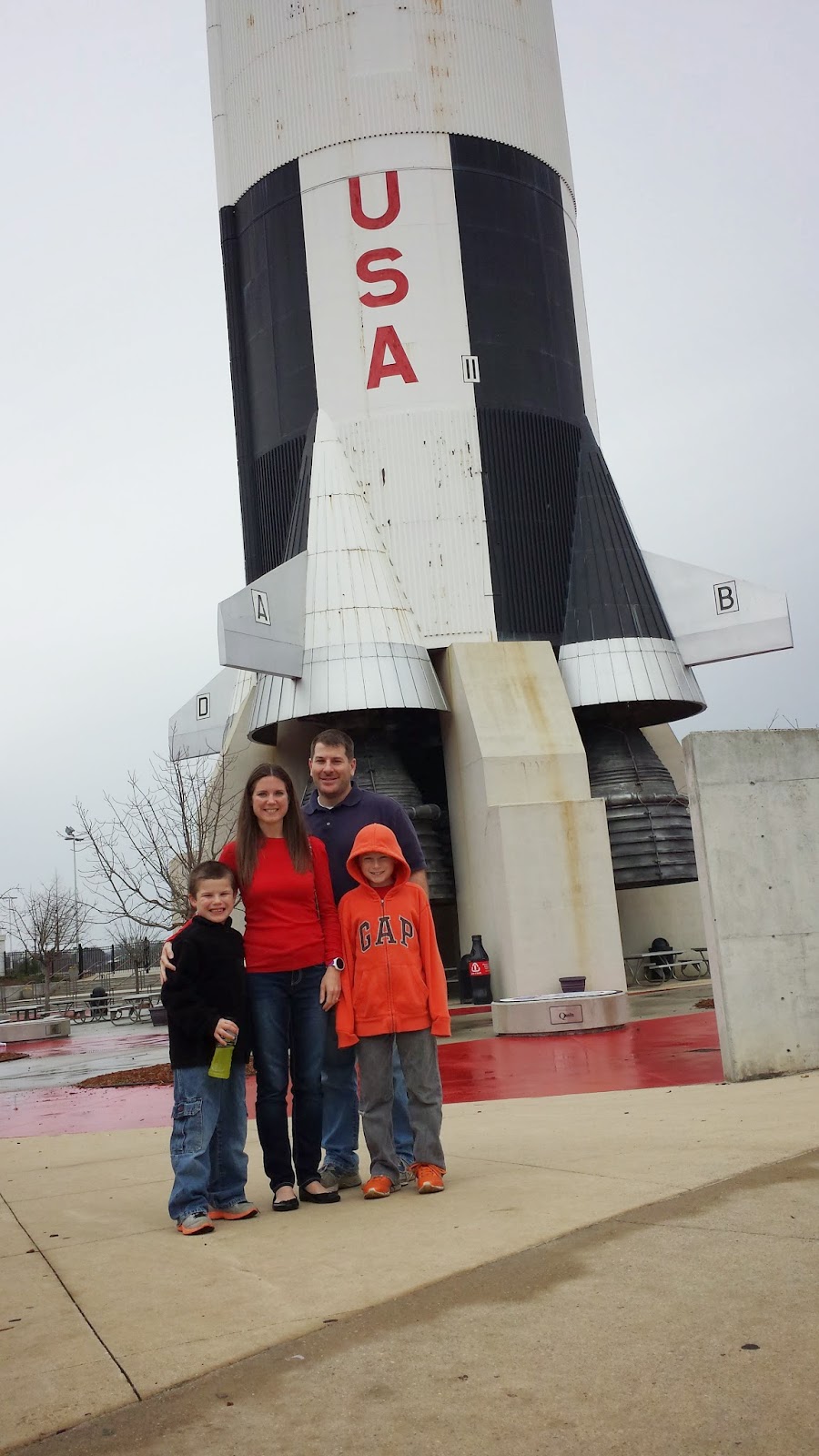 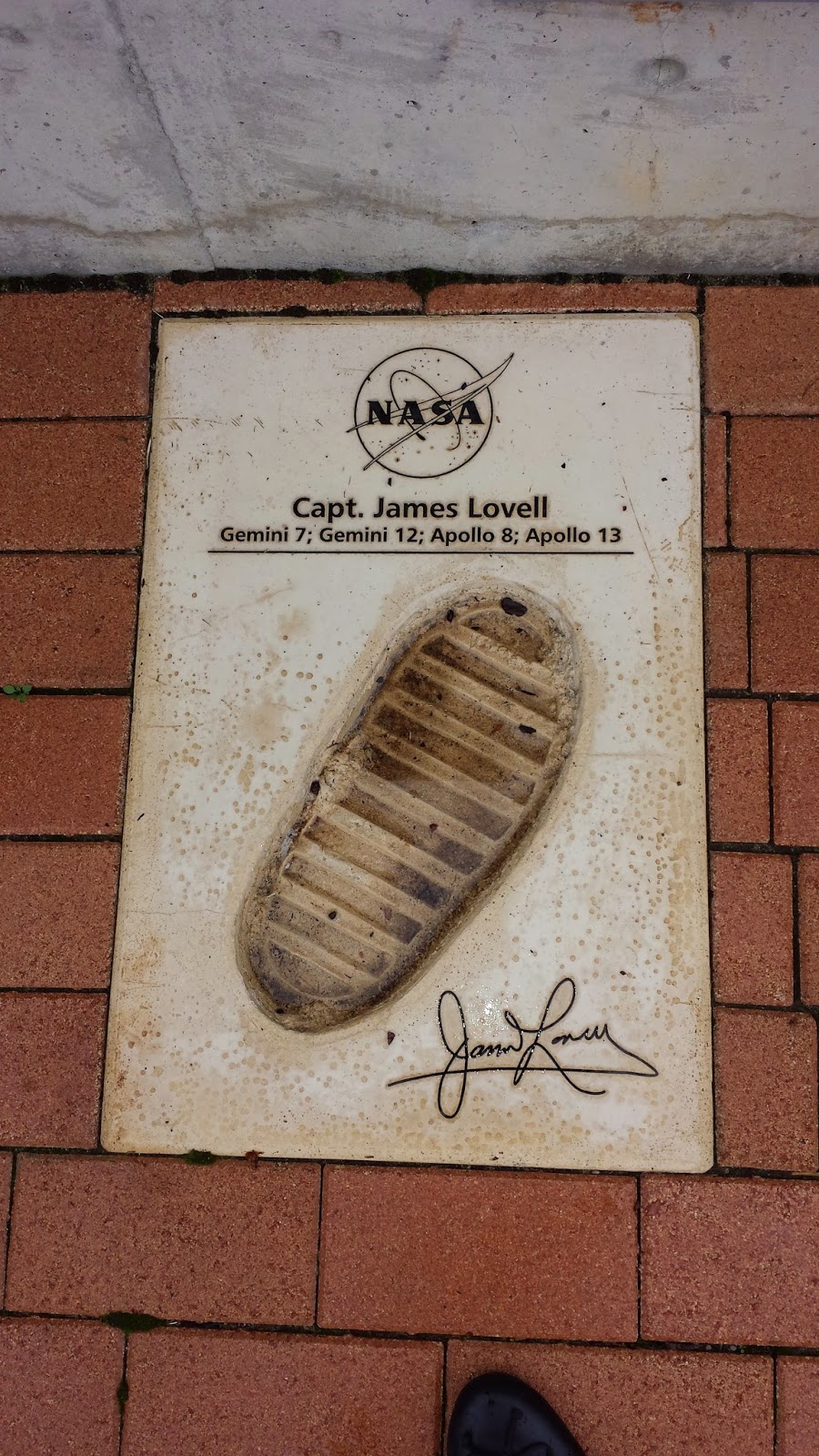 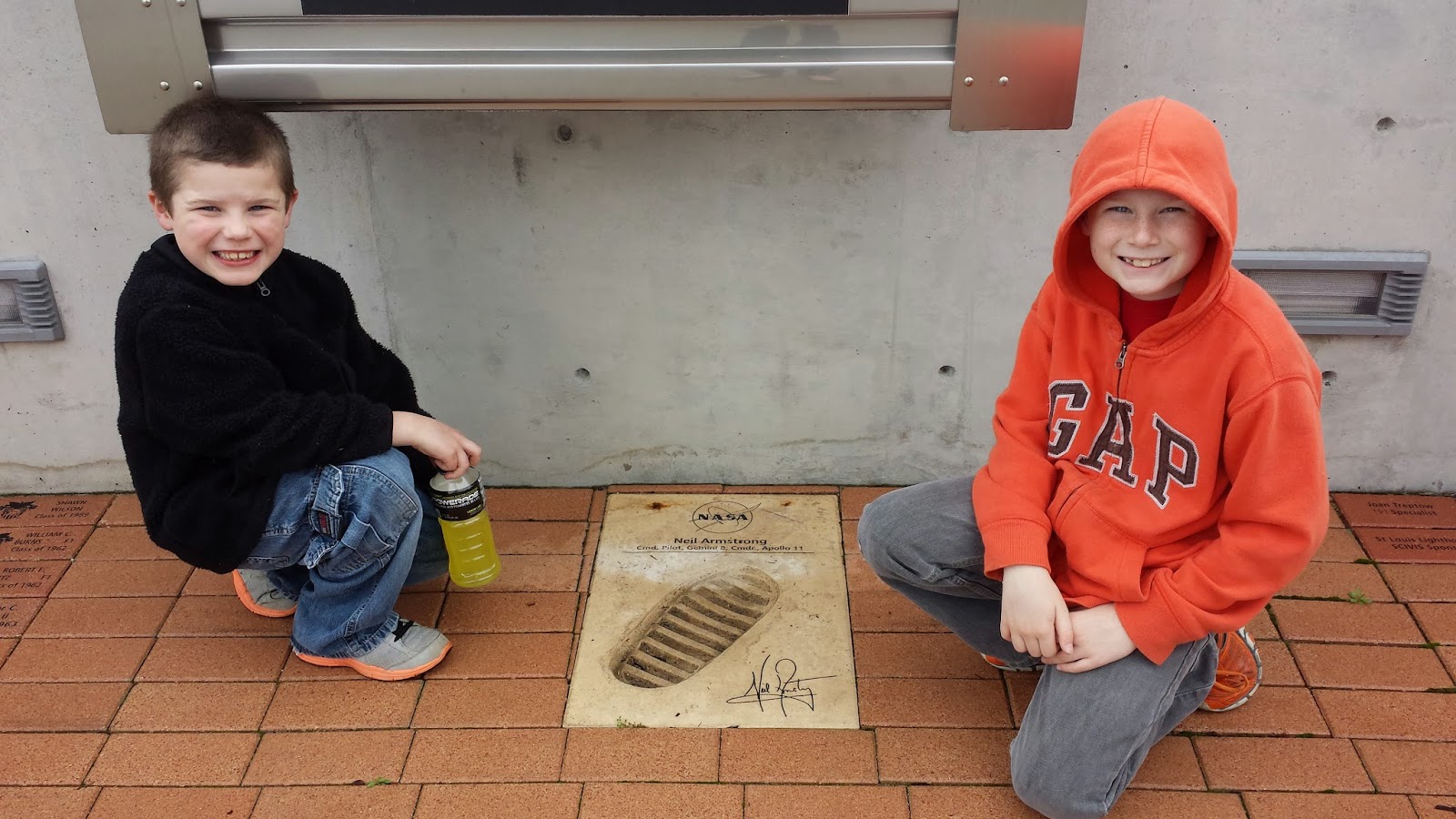 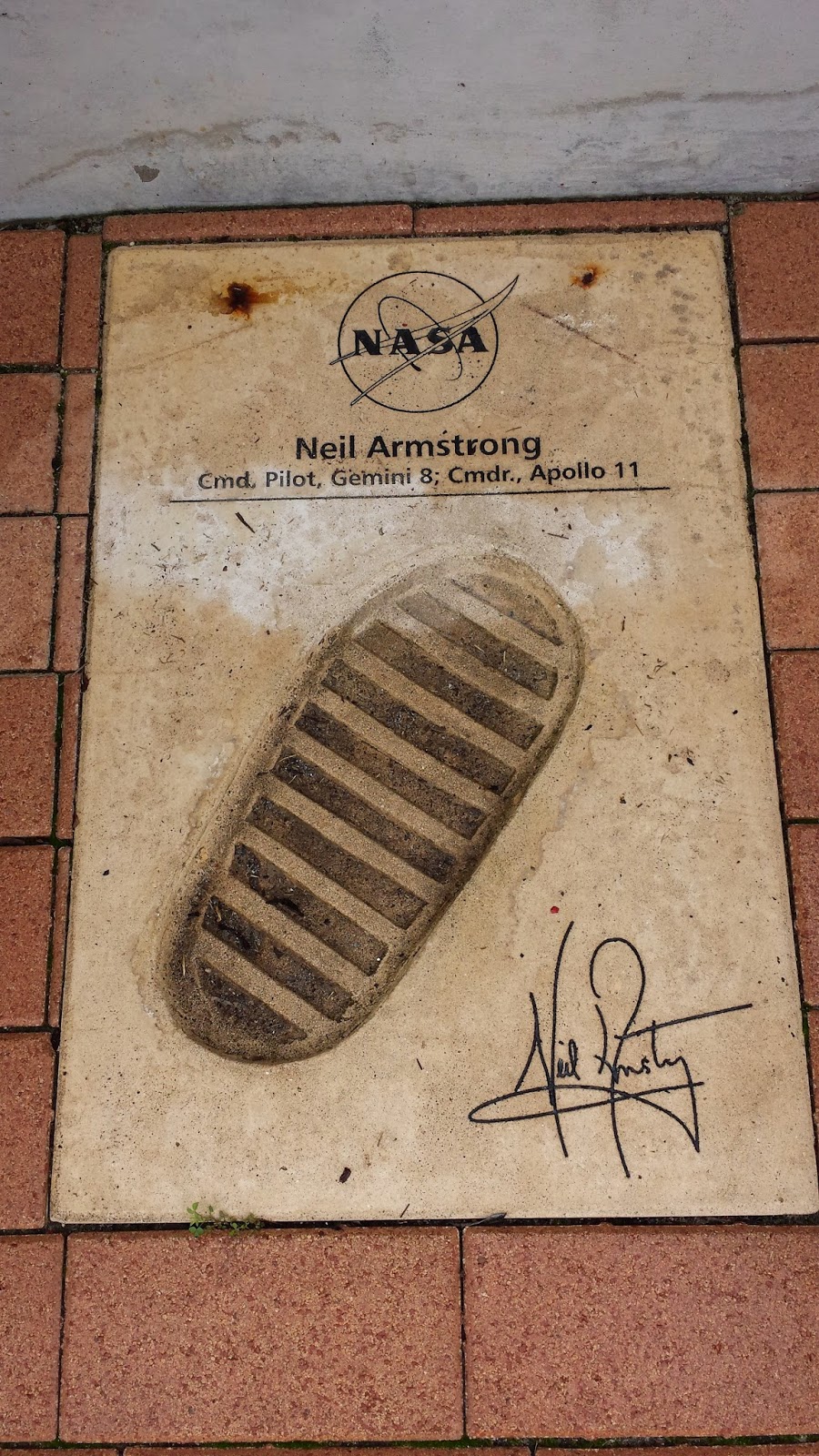 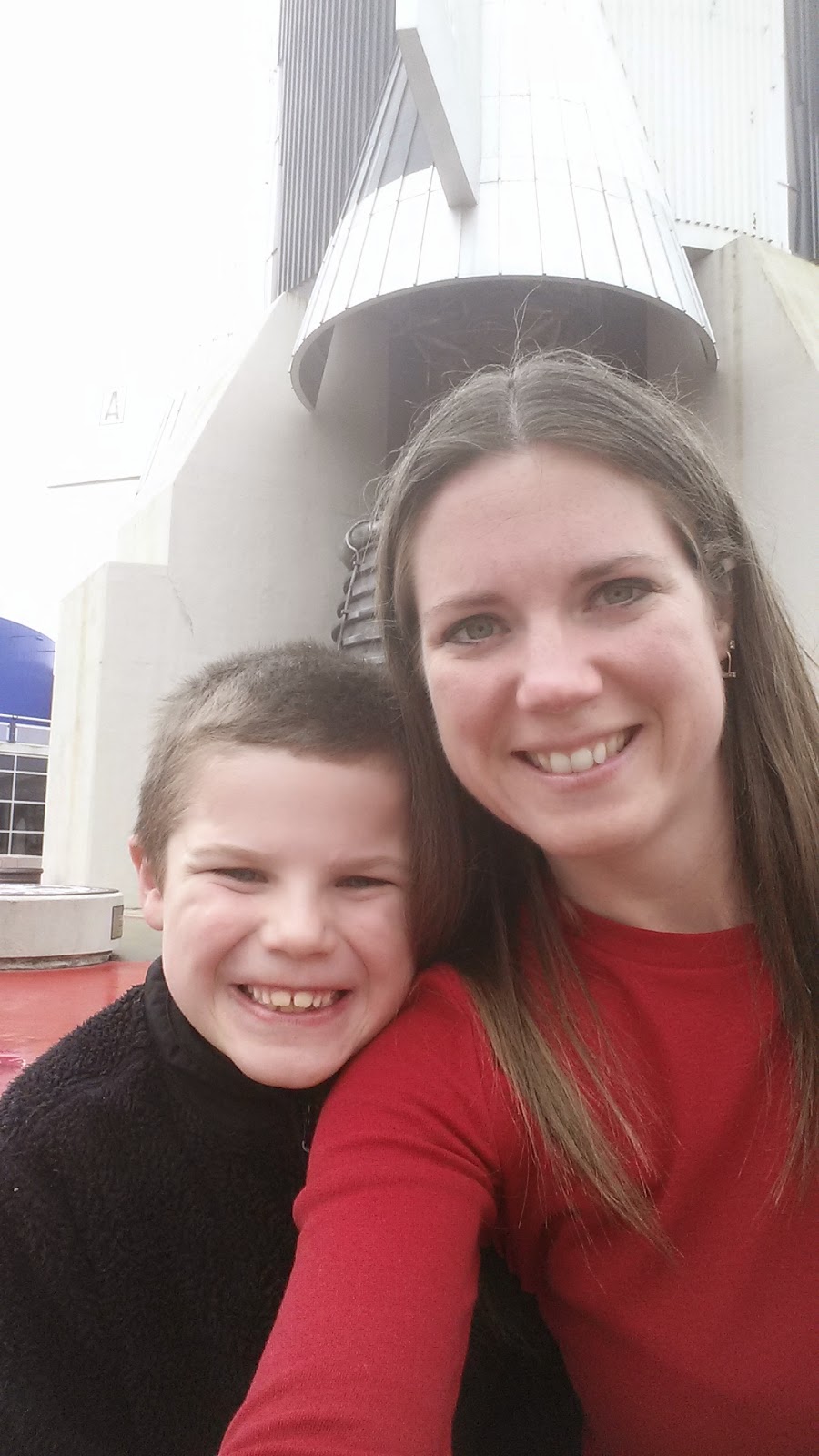 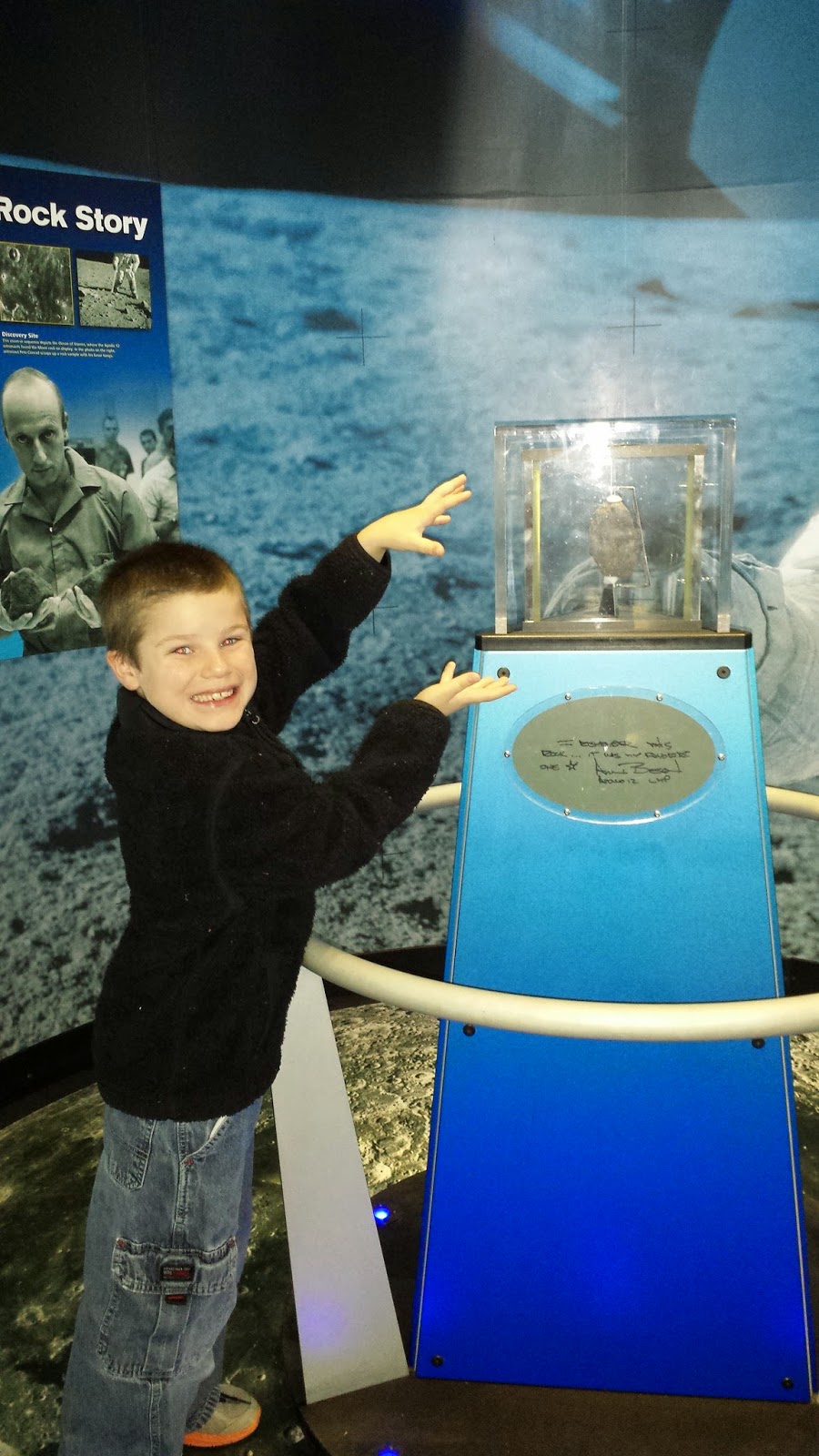 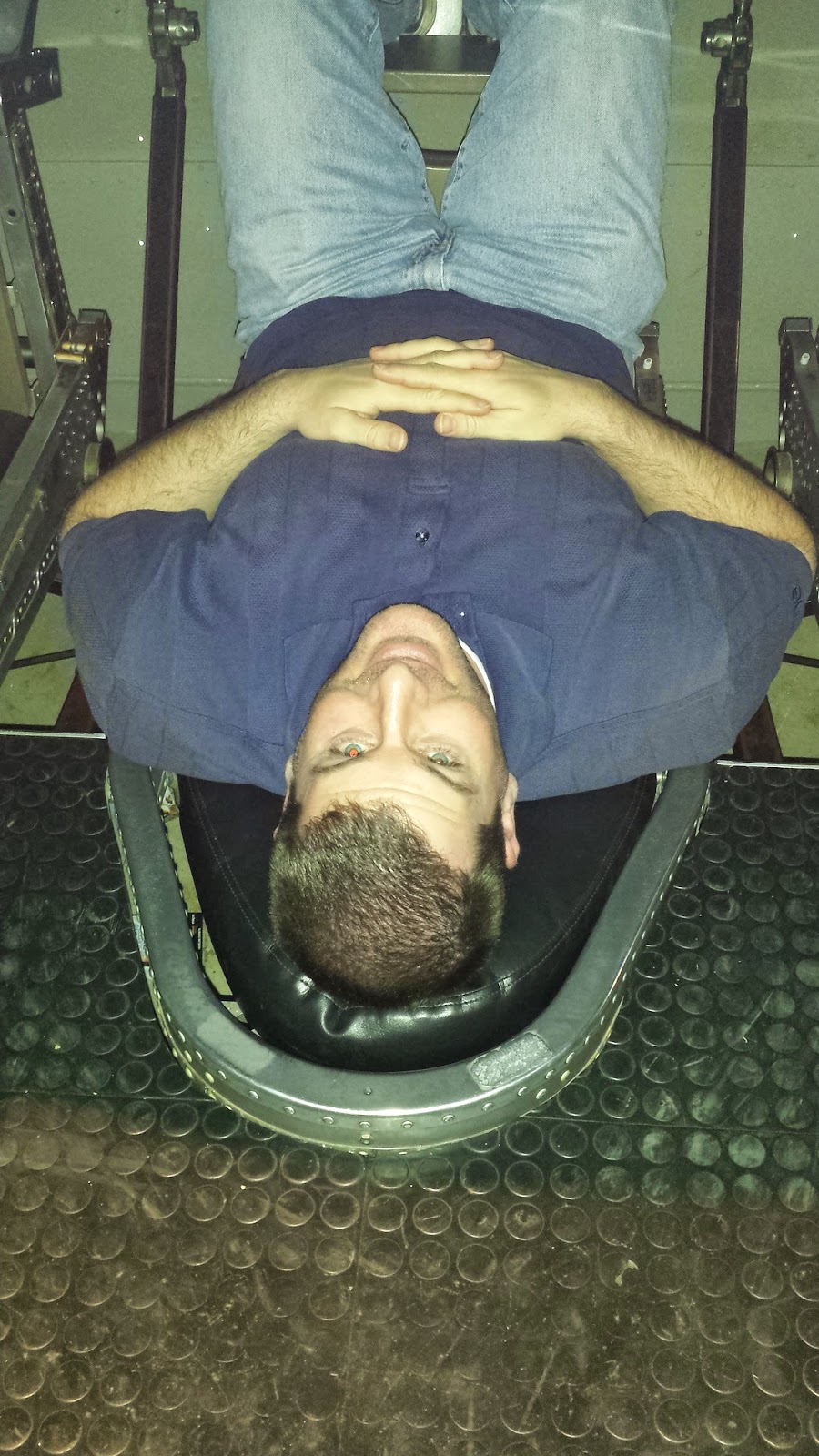 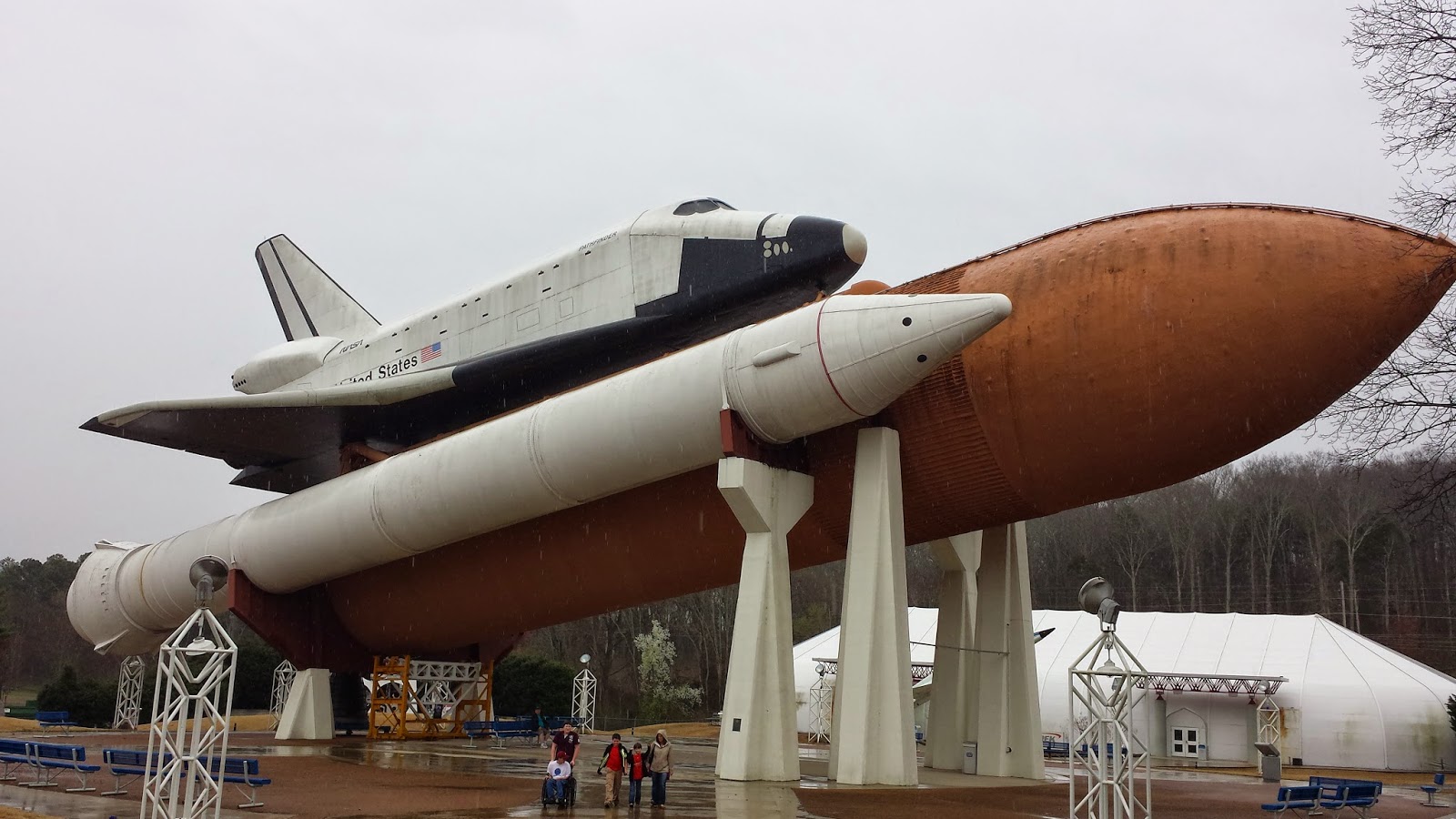 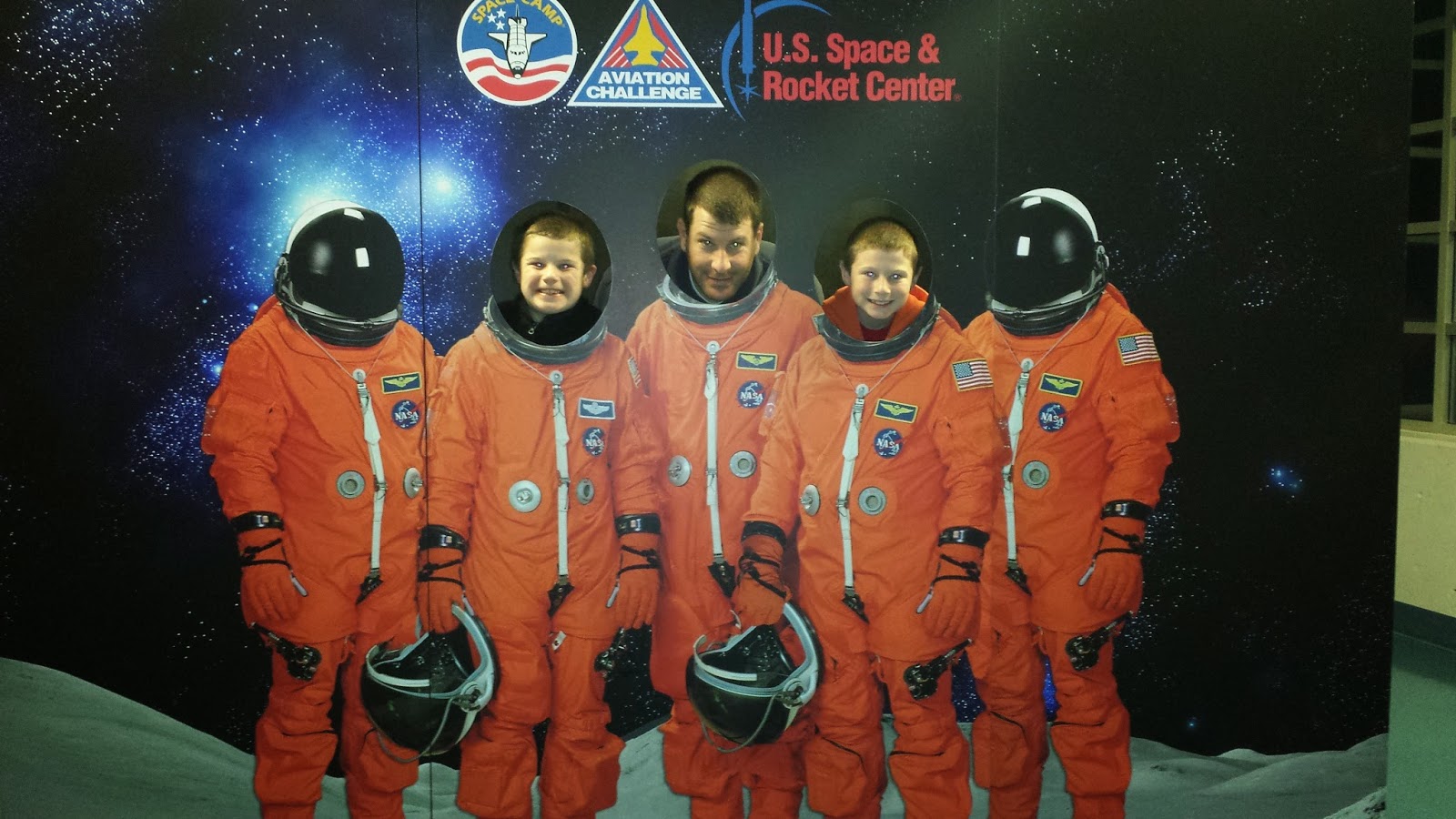 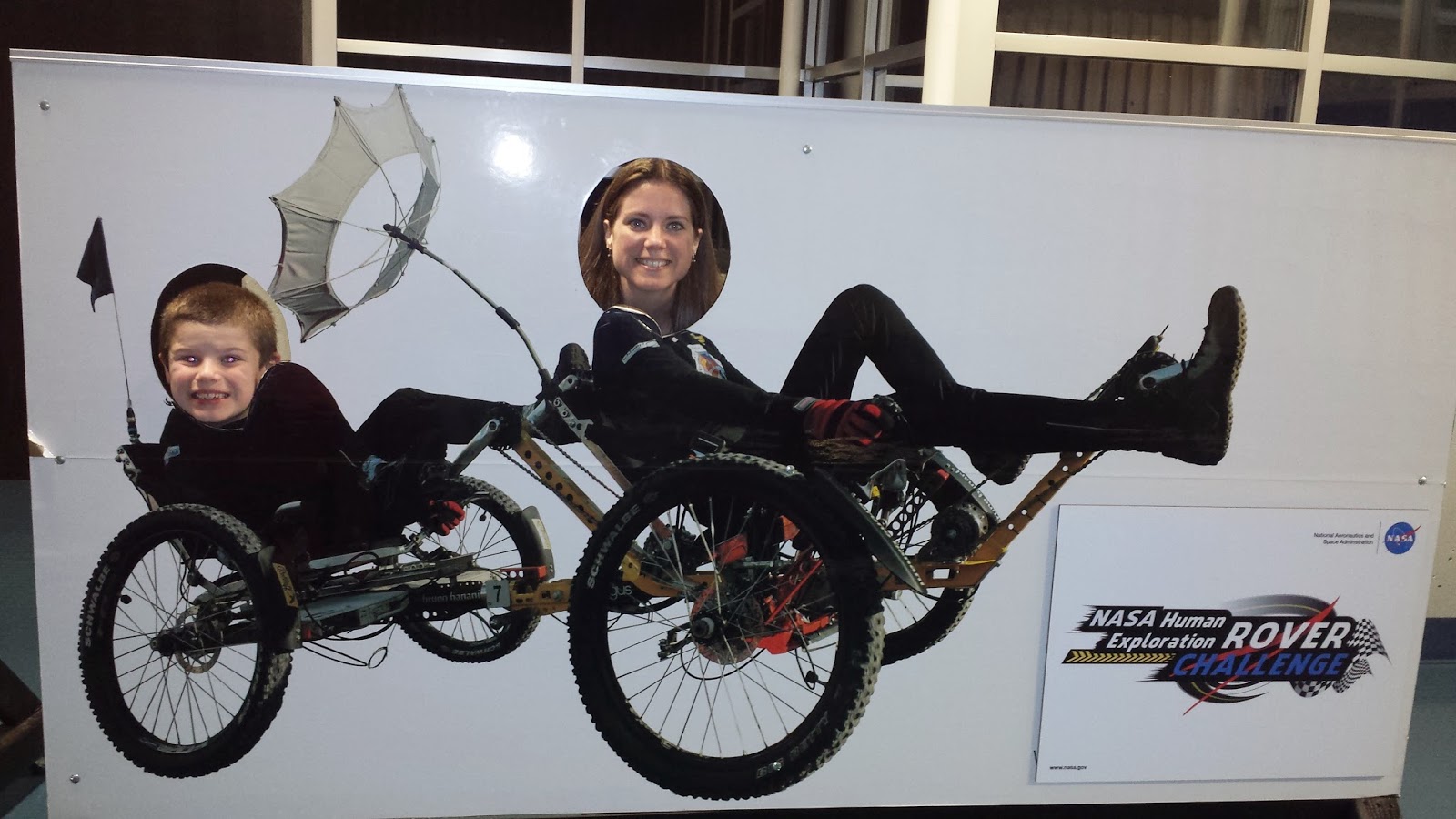 Even though it started raining during our visit...we really enjoyed the space and rocket center! We didn't let the rain stop us! We got soaked but it was worth it! Hopefully we can visit again!

It was a great weekend in Huntsville! We really enjoyed the area!

QOTD: Have you ever been to the Space and Rocket Center in Huntsville?