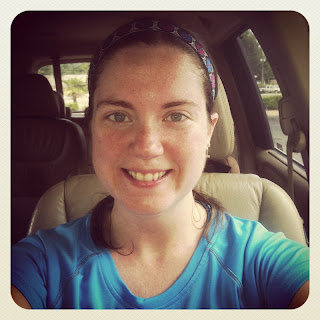 Went to the gym to do a mile for the #RWRunStreak on the treadmill but I ended up doing 3 miles! The run felt so good! I love it when that happens!!!  I didn't expect that at all...I assumed my legs would be pretty tired after yesterday's 5 miler but they felt great!

I have a feeling a lot of my runs this week are going to be on the treadmill due to Tropical Storm Debby. 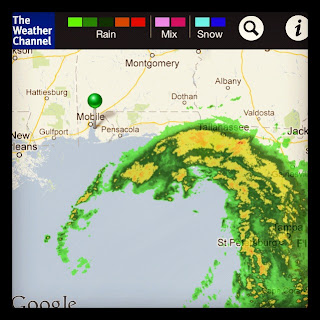 Yep...she is heading our way...maybe.  She has been a very unpredicatable storm and I'm not sure they know WHERE she is going.  The computer models show her going every which way so who knows.  Either way I'm sure we will be getting a lot of rain the next few days.

Did anyone watch the Olympic Track and Field Trials last night?  It's so amazing to watch these athletes!  And watching Ashton Eaton set a new world record in the decathlon was awesome!!!!  And then there's the women's 100 meters where third place is tied in a dead heat.  And the officials still don't know who will be going to London...only three can compete.  I really feel for Allyson Felix and Jeneba Tarmoh!  First, Tarmoh was said to have won and then after further review they say it is a tie and they don't know how to resolve it!  I can't imagine how frustrated those athletes must feel!

I've also been watching the diving trials today!  The men's 3m springboard final was quite dramatic with Kristian Ipsen missing that last to final dive that moved him from first place to third place...and NOT making the team for London. Luckily, he WILL be going to London for synchronized diving.  I am super happy that Chris Colwill won the event...and will get to go to London!

Can you tell that I just LOVE the Olympics???  I'm excited about watching more of the track and field trials tonight!