Who's Ready To DietBet?

I'm hosting my first DietBet y'all! And I'm super excited about it! It sounds like such a fun tool to help you lose weight!

So...what IS a DietBet? It's exactly what the name says! A bet to lose weight! Here's how it works:

1) Join a game. You can join my game HERE!
2) The pot grows as players join
3) Whoever hits the goal splits the pot!

Sounds easy, right? The game I'm hosting (and playing in) is a 4 week game with a goal to lose 4%. You start out with a bet of $25. During official weigh in time you will submit two digital pictures to the DietBetter referees. One picture will be a head to toe shot of you standing on the scale in airport security attire (that's light indoor clothing with no shoes, belt, hat, outerwear, pocketbook, watches or accessories and empty pockets).  The second picture will be a close up of your official weight on the scale with a piece of paper in the shot showing the word of the day (will be distributed by Dietbetter at the time of the weigh in and serve as an official timestamp). No one will see your weight or pictures except the Dietbetter Referees.

At the end of the game you will have a final weigh in (with photo proof). If you made the 4% goal...you split the pot with the other players that also made the goal! It's a win win situation! You win by losing weight AND you win by earning some money! The more players that play...the bigger the pot! 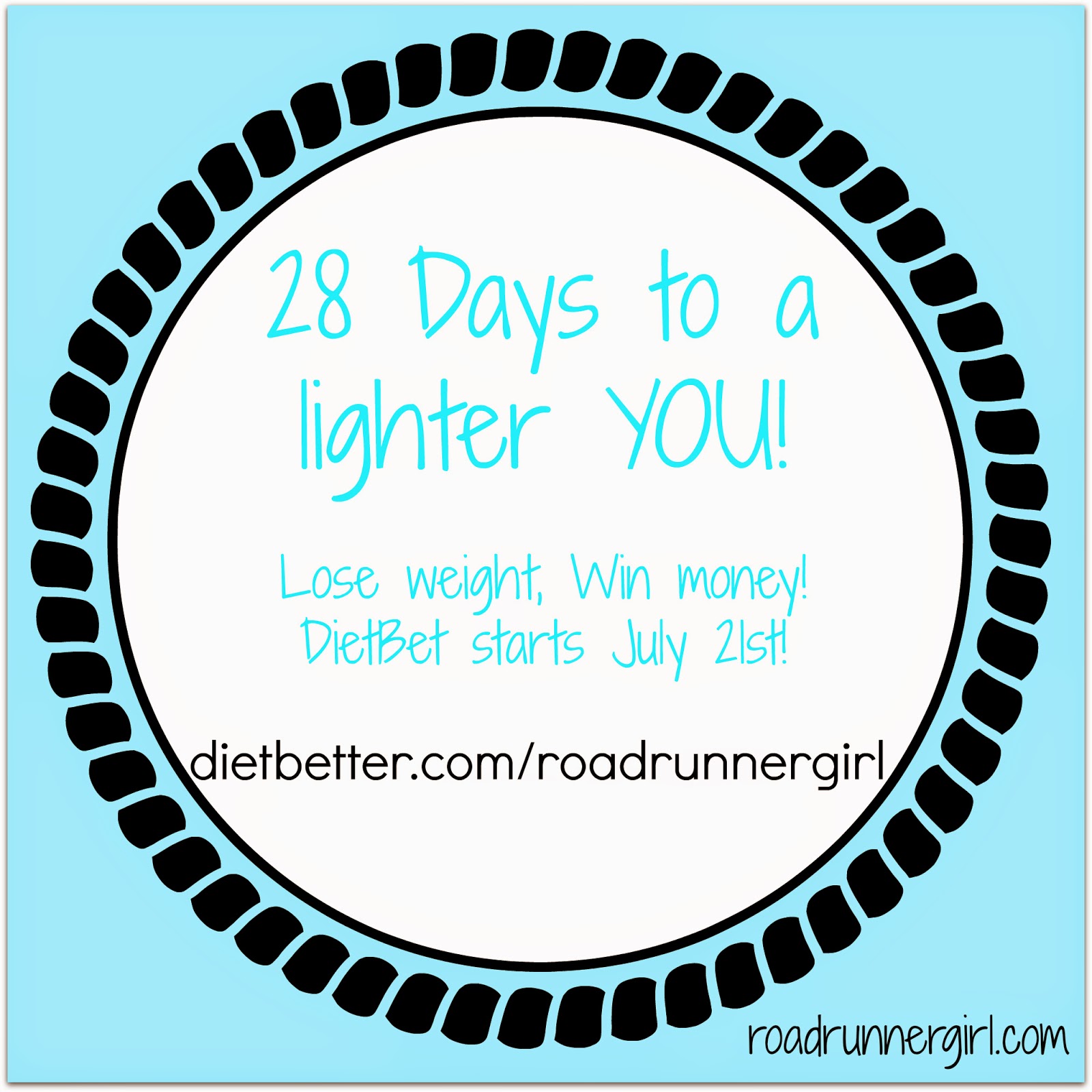 I'll be sharing some of the weight loss tips I've learned and things that have worked for me during the game. And we can all interact together! It will be fun!

So who is going to join me in the most fun you'll ever having losing weight??? I hope you're raising your hand! Go ahead and join my game HERE!

QOTD: Have you ever participated in a DietBet game? Are you going to join my game?